Berlin Airlift gave Germany hope after WWII - We Are The Mighty 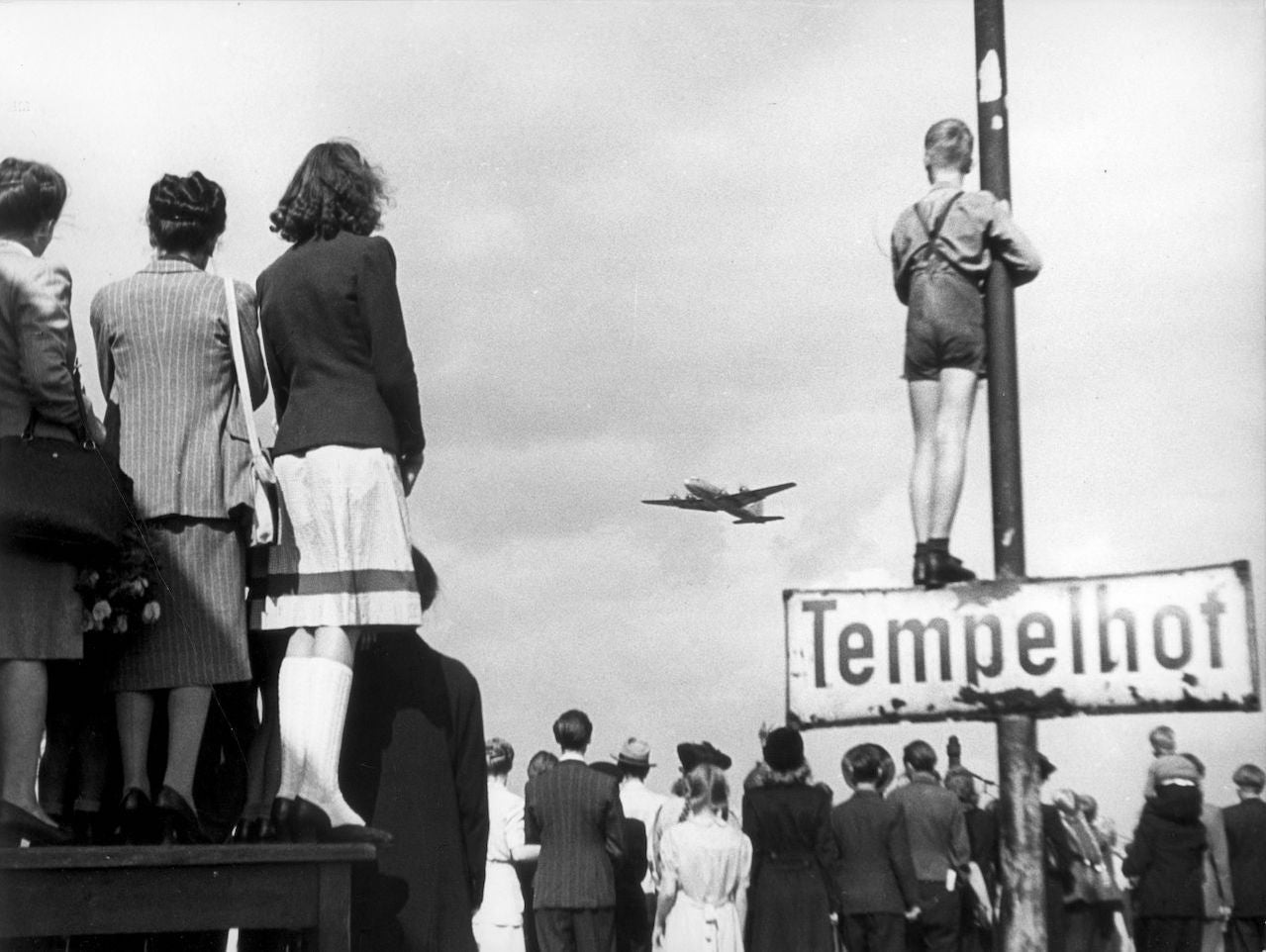 At the end of World War II, Germany was carved into multiple divisions, occupied separately by each of the Allied powers. So too was the city of Berlin itself. But at the end of the war, the USSR guaranteed three air corridors to the Allies. President Harry S. Truman knew he had to respond, but didn’t want to precipitate World War III. Instead of fighting the way to West Berlin, he decided he would resupply the city by air. The result was a massive airlift campaign that came to be known as the Berlin Airlift.

French, British, American, and Soviet zones of occupation soon governed Germany from the war’s end until 1955 – at least, in West Germany. The government of East Germany was a different matter. Although the Soviet Union removed its military governor in 1949 and established the state of East Germany, it was never recognized by the international community and Soviet troops never really left the German Democratic Republic (GDR).

For most of its life, the GDR was an international pariah, and that view began almost right away. In 1948, a political scuffle between the Allied nations led to a standoff between the Soviet occupation forces and the other Allies in control of West Berlin. Standing in between them were the citizens of West Berlin, millions of them, who would survive only if the Western Allied could pull off an extraordinary feat – and they did.

At the end of World War II in 1945, many citizens of England and the United States had mixed or harsh feelings toward the German people. Some in the UK called for retribution against the Germans. In the U.S. Germans were viewed as arrogant and insensitive.

That all changed after the USSR enacted the blockade of West Berlin. The Soviet Union intended for the blockade to undermine the positions of the Allied powers, so that they would leave their occupation zones as soon as possible. This would clear the way for a Communist reunification of Germany.

As the Allies began to create the West German state, they also began to create what it needed to rebuild from the war and become economically viable. The foundation of this was the introduction of a new currency, the Deutsche Mark. When it was introduced, it quickly superseded any money introduced by the USSR, including all four sectors of Berlin.

Stalin was determined to force the other Allies out of the occupation of Germany.

On July 24, 1948 Soviet occupying forces blocked all overland connections between West Germany and the Western zones of West Berlin, which was deep inside East Germany, some 100 miles from the border between the divided nations. With road and railway access cut off between West and West, food, medical supplies, and even water would soon run out inside West Berlin, home to 2 million people.

Over the course of a year, American and Allied aircraft lined up on three runways across West Germany to run a constant stream of sorties into the besieged city. Around 200,000 planes flew a half million tons of supply to Berlin over the course of 1948 and into 1949. It was not only a feat for the U.S., it was critical to winning the hearts and minds of the German people.

It was also an unheralded failure for the Soviet Union. By the time the USSR lifted the blockade in May 1949, world perception had turned. Citizens of the Allied powers began to see West Germany was not the Germany of the Third Reich. Instead, the Soviet Union was seen as the aggressor.

Russia’s plan backfired. Now the Soviet Union was seen as the aggressor, a bully of a country that was willing to let countless people die to prove a political point. Meanwhile, Germans became victims and the U.S. was back in charge as a global but benevolent superpower.