Nazi Germany's one aircraft carrier was target practice for the Soviets 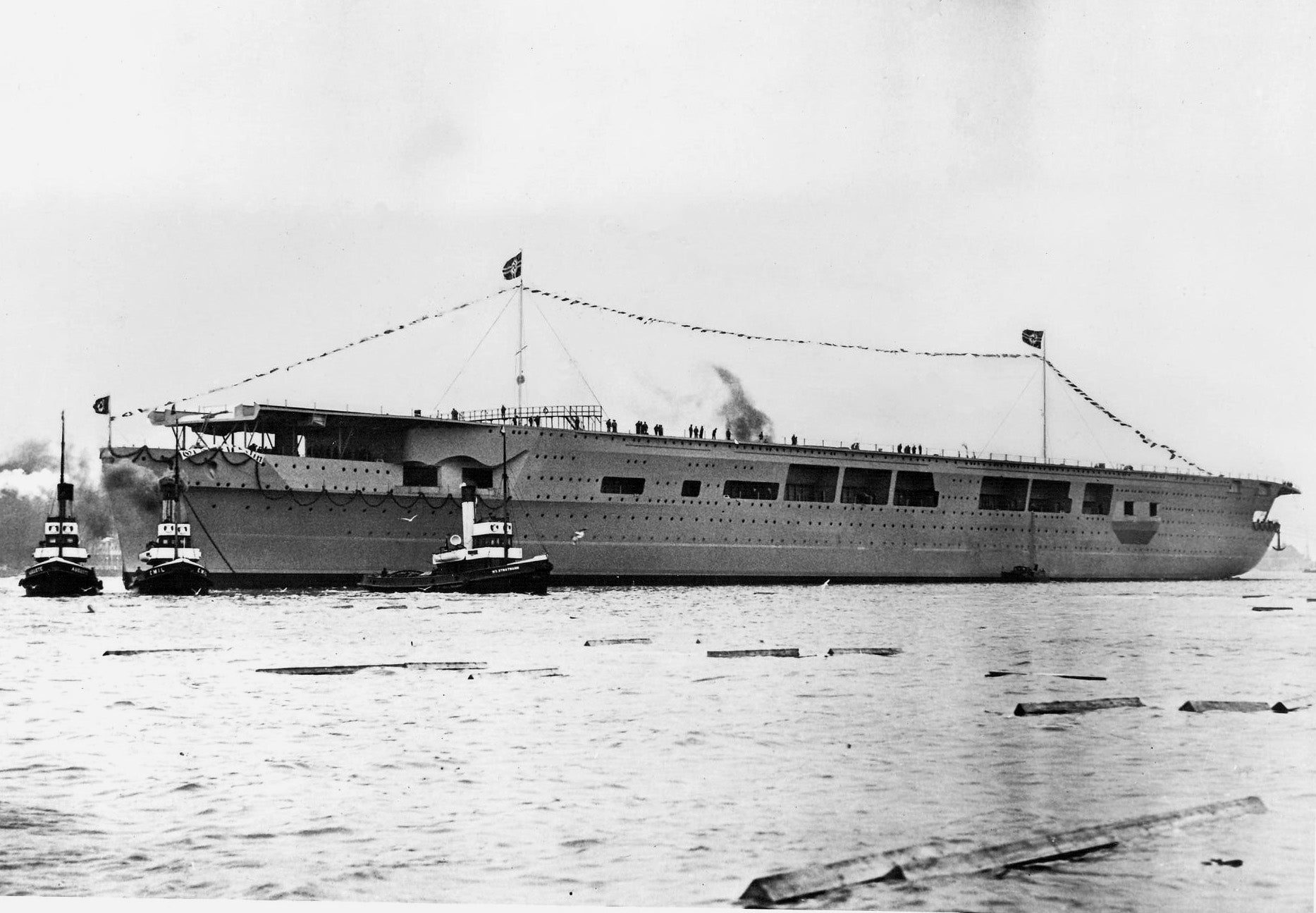 The German Navy during WWII is best known for its use of U-boats and capital ships like the infamous Bismarck. Despite the aircraft carrier demonstrating its utility in naval warfare, as employed by the United States, the United Kingdom and Japan, Germany launched just one carrier during the war. Named for Count Ferdinand von Zeppelin, creator of the rigid airships that bore his name, the Graf Zeppelin had little impact on the war.

Graf Zeppelin was the lead ship in her class of the same name. In 1935, Hitler announced the creation of the Graf Zeppelin-class carriers. That same year, German officials visited Japan to acquire flight deck equipment blueprints and inspect the carrier Akagi. On December 28, 1936, Graf Zeppelin‘s keel was laid down and construction began at the Deutsche Werke shipyard in Kiel, Germany.

Although her design was inspired by the Aka, Graf Zeppelin was larger than the Japanese carrier with a length of 861 feet 3 inches, a beam of 118 feet 9 inches and displacement of 33,550 tons. The carrier was launched on December 8, 1938 and was 85% complete when WWII broke out in September 1939. At the same time, one carrier wing of three squadrons was formed flying Bf 109 fighters and Ju 87 dive bombers. Graf Zeppelin was scheduled to be complete by March 1940. However, Germany’s capture of Norway in April 1940 would prevent the carrier from ever being completed.

Unlike other aircraft carriers at the time, Graf Zeppelin was designed with 15cm medium naval guns to defend against surface ships in addition to her anti-aircraft armament. However, German positions in Norway required coastal defenses and the carrier’s guns were sent there instead. Construction of Graf Zeppelin stopped and she was towed to Gotenhafen, modern day Gdynia, Poland, in July 1940. She stayed there for a year and was used to store wood.

By 1942, the importance of aircraft carriers was proven by the Japanese attack on Pearl Harbor and the British attack on Taranto. Hitler approved the completion of Graf Zeppelin and work resumed at Gotenhafen on May 13, 1942. Carrier pilot training also resumed. Although the German Navy wanted dedicated carrier-based aircraft, existing land-based aircraft were retrofitted for sea duty instead. This made them heavier and required Graf Zeppelin‘s equipment like catapults, winches and hangar floors to be reinforced and upgraded.

On the night of August 27, 1942, Graf Zeppelin was attacked at Gotenhafen. Three British Avro Lancaster heavy bombers from the RAF’s 106 Squadron sortied specifically to attack the German carrier. Each aircraft carried a 5,600lb bomb with a shaped charged warhead to punch through the ship’s armor. Although one bomber reported a direct hit on Graf Zeppelin, no record exists of damage to the carrier that night. It was the only Allied air attack directed specifically at Graf Zeppelin during the war.

On December 5, 1942, Graf Zeppelin was towed back to Kiel. At this point in the war, Hitler was displeased with the surface navy’s performance. However, Germany’s submarines continued to wreak havoc on Allied shipping. As a result, resources were directed to the U-boat force and major work on the carrier halted on January 30, 1943. In April 1943, she was towed to various Baltic Sea ports until she was berthed on the Parnitz River near Stettin, modern day Szczecin, Poland. The carrier remained there for the next two years manned by a skeleton crew of 40.

In April 1945, with Soviet forces bearing down on Stettin, Graf Zeppelin‘s lower holds were flooded. A demolition squad also rigged explosives to hole the hull and destroy key machinery. On April 25, 1945, as the Red Army entered Stettin, the explosives were detonated and Graf Zeppelin sat useless in the muddy, shallow water.

In March 1946, the Soviets refloated Graf Zeppelin. Western historians speculate that the ship was towed to Leningrad and broken up for scrap or sunk by a mine en route to Leningrad. Soviet records state that Graf Zeppelin was slated for destruction and towed to Swinemunde, Poland on the Baltic Sea on August 14, 1947. Five controlled explosions aboard the ship simulated attacks by dive bombers, but failed to sink Graf Zeppelin. Only after two torpedo strikes did the carrier go down.

On July 12, 2006, the RV St. Barbara discovered a wreck matching the dimensions of Graf Zeppelin 34 miles north of Władysławowo, Poland and over 260 feet below the surface. The Polish Navy spent two days surveying the wreck with underwater drones and said that it was “99% certain” that the wreck is the lost Graf Zeppelin.