Bloodiest battles of the 20th century - We Are The Mighty

The 5 bloodiest battles of the 20th century 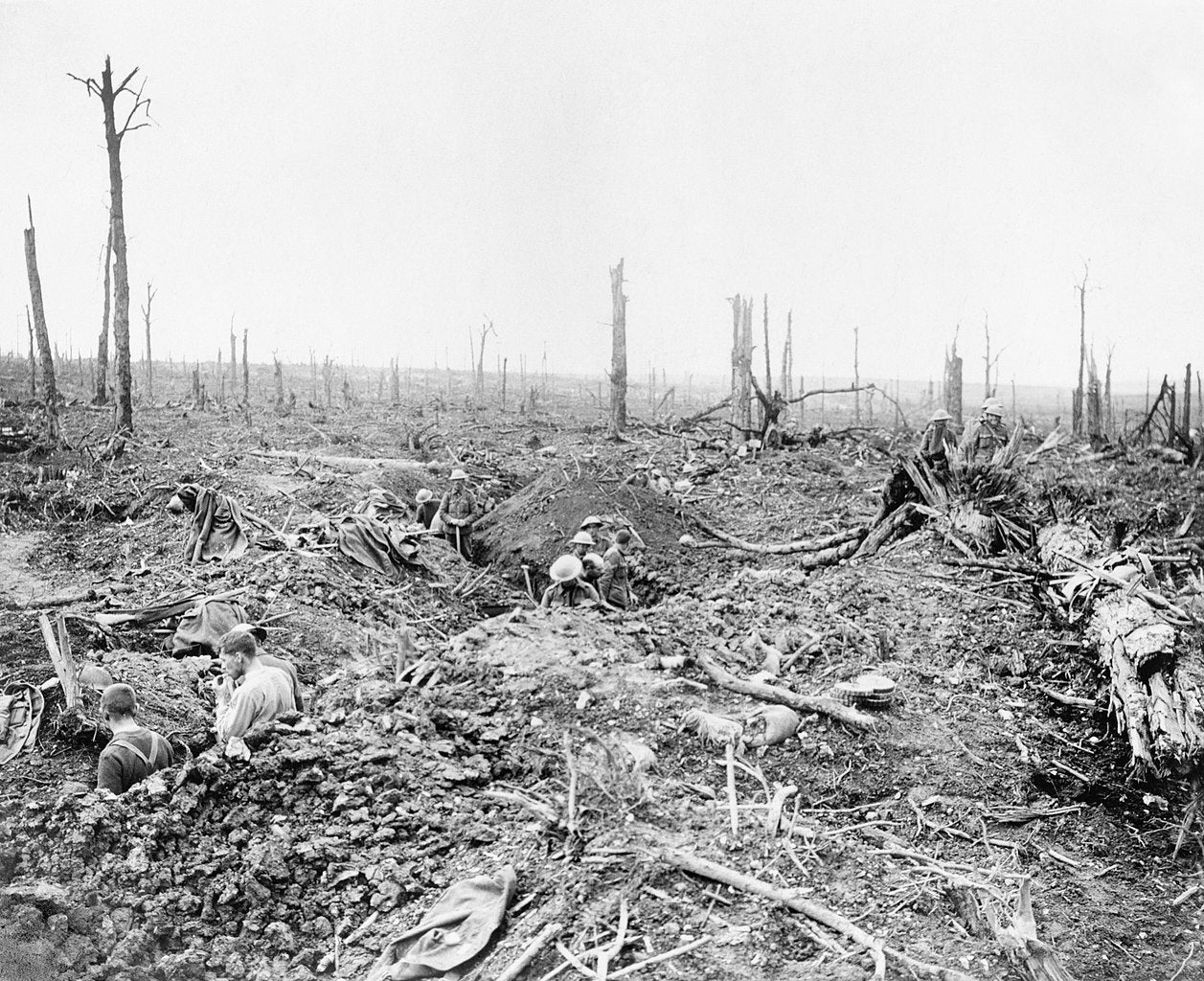 The Battle of the Somme, July-november 1916 Battle of Bazentin Ridge, 14-17 July 1916. Soldiers digging a communication trench through Delville Wood. An officer observing from the ruins of Longueval Church. (Imperial War Museum).

The 20th Century wasn’t a bloody, violent century because there were more wars or more people around to fight them. One of the first wars of the century ushered in a new era of warfare, one that was mechanized, industrialized, and efficient. As scientific advancements progressively continued, the use of those advancements as means of killing the enemy continued along with them in some of the bloodiest battles in history. These include automated rifles, chemical weapons, and of course, aviation. With those advancements came ideological and social struggles that heightened tensions and provided an opportunity to use those weapons.

The result was a century littered with the bodies of millions, sometimes in single conflicts or battles. These were the bloodiest battles.

No one should be surprised that many of the bloodiest battles on this list will be from World War II. The top two will be from the Eastern Front of that war. The human cost of competing ideologies and advanced technologies can be seen in no better place than the 1942-1943 Battle of Stalingrad.

Stalingrad was not just a major industrial and transportation hub, it was the namesake of Adolf Hitler’s ideological rival and Hitler wanted to take and hold it at all costs. This is exactly what happened. Rather than advance into the Soviet Union, the German Army was bogged down at Stalingrad, as the red army fought on with a seemingly unended number of men and tanks.

Within just a few months, the Soviets were able to surround the Axis forces and trap them within the city, forcing their surrender. It turned the tide of the war, not just for the USSR, but also for the Allies. More than 860,000 Axis troops were killed, wounded, or disappeared. The Soviet Union lost some 1.2 million.

Hitler’s June 1941 invasion of the Soviet Union led his armies to the outskirts of the Soviet capital of Moscow by Oct. 2, 1941. For three months, the two sides fought for control of the USSR’s largest city. They were met by three rings of red army defenses and thousands of newly-formed units as well as troops shipped in from the Soviet far east.

In that time frame, the Soviets counterattacked the German army and were able to force a strategic withdrawal by January of 1942. The loss was such a blow to the Germany forces that Hitler fired the army’s supreme commander and took control of the military himself. The Germans took 174,000 casualties but the Soviets paid dearly for the city: more than 1 millions Soviets were killed, wounded or went missing during the battle.

For 140 days in 1916, the British and French squared off against the German Empire in an effort to push Germany out of France but the German advance on Verdun had reduced the number of troops available for a Somme offensive. Instead of being a new offensive, an attack at the Somme became necessary to relieve pressure on Verdun.

The British and French armies were able to bring three million troops to the Battle of the Somme, which was defended by more than a million German troops. Although the Germans were force to fall back slightly, the result of the battle didn’t change much of World War I, with the exception of more than 1 million men on all sides of one of history’s bloodiest battles killed or missing.

As British, American and Canadian forces were fighting their way out of Normandy in France, the Soviet red army began fighting its way to Berlin in the east. Operation Bagration was an effort to drive the Germans out of Belarus and Poland while forcing the Germans to fight two major offensives on both fronts at the same time.

Although Bagration was successful in forcing the Germans out of both countries as well as the Baltic States, it took a heavy toll on the Soviet forces, killing or wounding more than 770,000 men while inflicting almost a half million against the Axis forces.

Although the Ottoman Empire forced the allied invasion force out of Gallipoli and forced it to abandon any hope of capturing the straits, both sides suffered a quarter of a million men killed, wounded or missing during the battle. Although the Ottomans could claim victory, their empire also was a casualty of Gallipoli. A civil war soon broke out after the end of World War I, creating the modern state of Turkey.