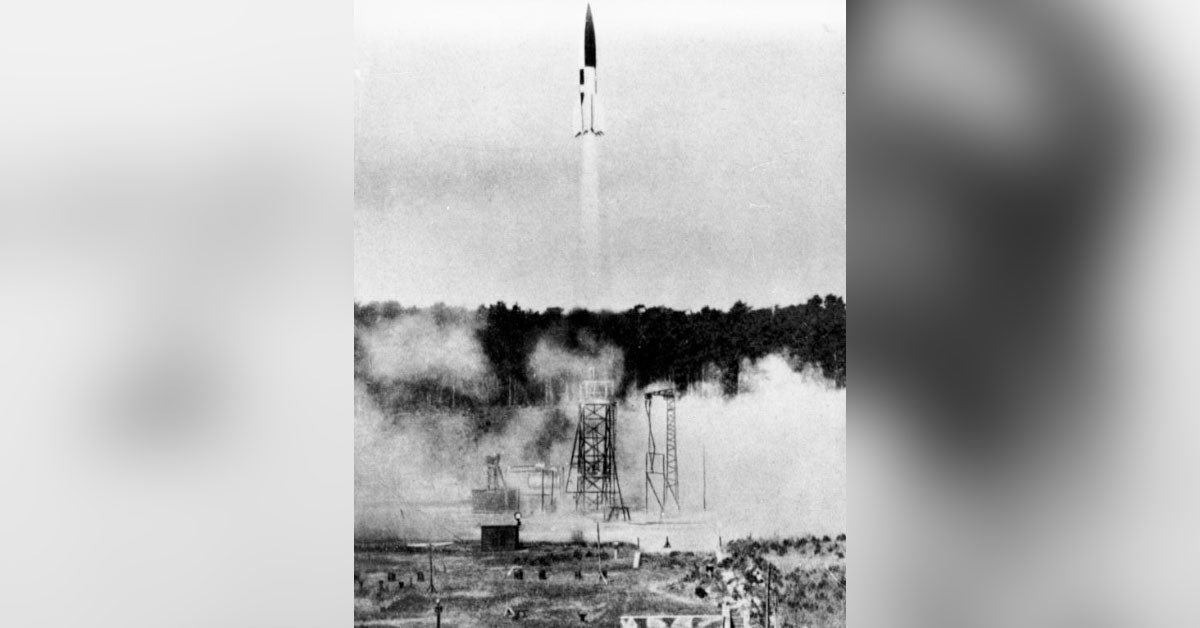 A precursor to the modern Intercontinental Ballistic Missile, the V-2 had the potential to fly 200 miles at a speed of almost four thousand miles per hour and bury itself in its target before exploding.

Production on the missile began in the 1930s by Wernher von Braun. At the time that von Braun was concluding his doctorate thesis, Construction, Theoretical, and Experimental Solution to the Problem of the Liquid Propellant Rocket, the Nazi Party was completing its rise to power under Adolf Hitler. Von Braun’s work caught the eye of Walter Dornberger, Assistant Examiner to the Ballistics Council of the German Army Weapons Department. Dornberger was tasked with the secret development of a liquid-fueled rocket, one that was ideally both producible on a mass scale and effective at a range that surpassed the standard artillery of the day.

As of the mid-1930’s, remote bombardment of military targets was only possible by either shelling them with large-caliber artillery from relatively close range, or by dropping bombs on them from airplanes. Both methods were fraught with difficulty. Artillery batteries were themselves vulnerable to air bombardment since they were fixed in place, and bombers were vulnerable to anti-aircraft artillery since safe altitudes made bombing less accurate. It was a bit of a mechanized warfare stalemate and there was much interest in breaking new technological ground ahead of the enemy. In the spring of 1932, the hot topic at the Weapons Department was the self-piloted rocket, theoretically capable of launching from a safe distance and guiding itself toward the destruction of a precision target. Their scientists got to work.

By 1944, the weapon was ready. Germany fired the V-2 against the Allies for the first time via two missiles directed to Paris. A few days later, two more were launched at England. Over the final six months of World War II, over eleven hundred more would be employed by Germany.

After the war, the United States, the United Kingdom, and the Soviet Union raced to capture the technology — and the scientists — responsible for the lethal weapon.