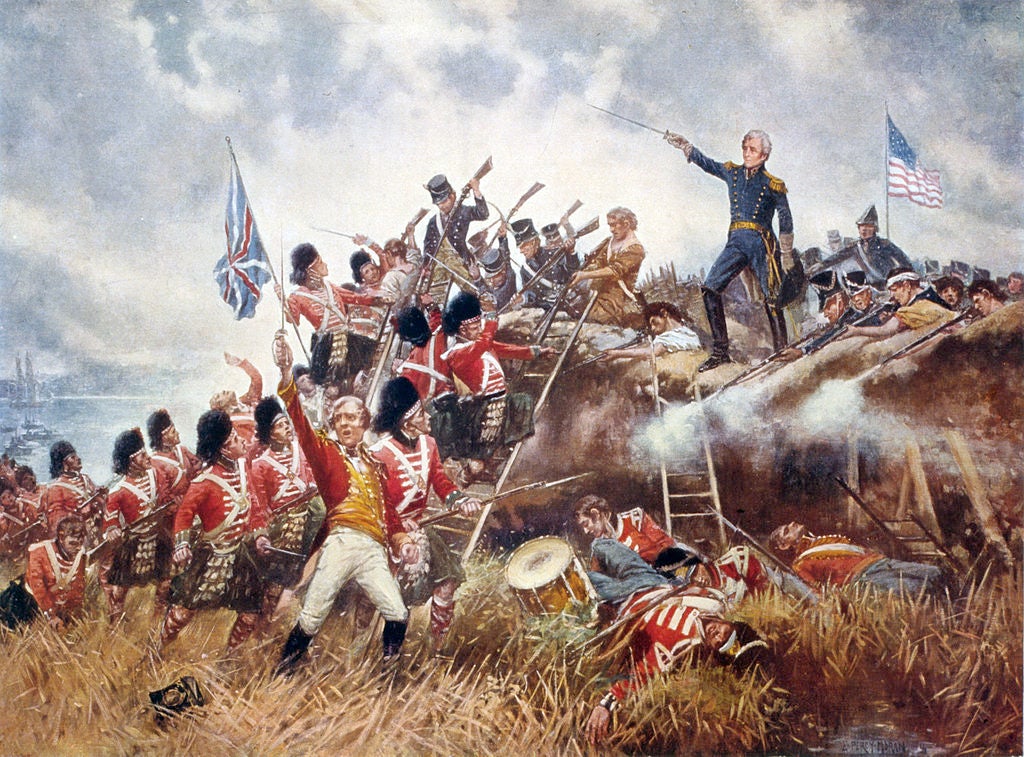 On its face, there’s no reason the British should have lost the 1815 Battle of New Orleans. There’s definitely no reason the Americans should have ended the assault in just 30 minutes. A motley crew of Americans were facing a superior force of trained professionals from the most powerful empire in the world and came out victorious.

One of the reasons for the British loss at New Orleans might have been the same conditions that would lead us to believe a victory was inevitable. British Maj. Gen. Sir Edward Packenham might have been so assured of a swift victory given his considerable resources, that he was overconfident.

Packenham was leading the British Fleet in the Gulf of Mexico along with a force of 8,000 veterans fresh from fighting the Napoleonic Wars. He was looking at 4,700 Americans, only a handful of which were part of a regular US infantry regiment. The rest were militiamen, civilians, Choctaw Indians, freed slaves, and pirates.

His overconfidence wasn’t his only weakness. He made the mistake of fighting the enemy exactly where they wanted to fight. Gen. Andrew Jackson was made aware of a British incursion nine miles South of New Orleans, at the home of Major Gabriel Villeré. Villeré escaped the attack and reported to Jackson, who raided the British as they waited for reinforcements.

Jackson’s counterattack bought time for the Americans to construct a heavily-fortified earthwork along a drainage canal that connected to the Mississippi River. This fortification gave Packenham a target to assault. He believed when British regulars attacked, its defenders would flee the battlefield.

Another seemingly innocuous event had a huge effect on the battle to come. Just before Packenham arrived on the battlefield, the Royal Navy engaged two American warships, the USS Louisiana and the USS Carolina. The Carolina was destroyed, but Louisiana escaped with the help of local pirate sailors. Guns from the Louisiana were moved to the line defending New Orleans.

Before launching the main assault, the British sent a reconnaissance in force to probe the American lines. On the right side of the lines, the British nearly broke through, but all anyone noticed was the left side. British troops assaulting the earthworks were mowed down by the guns from the ships, which used enfilading fire to cut through the oncoming redcoats. Packenham ordered a full retreat and held a war council to determine what should be done.

Packenham wanted to hit the Americans from a different angle but Adm. Sir Alexander Cochrane assured him that the sailors and the soldiers together would be able to break through. While they talked about the attack, Jackson’s troops reinforced the cannons’ protection while adding more guns.

When the fight began, it started with an artillery duel that did not go well for the British. Five of its seven batteries were knocked out by accurate American cannon fire. The British troops were demoralized after twice losing in the battle, so Packenham waited for his entire force to be ready before assaulting the earthworks.

An attack by the British on the poorly-defended American right allowed the Brits to advance, but by the time they had rolled the militiamen defending the area, but paid dearly for it and did not capture any artillery to turn around. Although successful, this attack had no effect on the outcome of the greater battle.

When the British attacked the main lines, they were assaulting a full-defended earthwork with enfilading cannons while out in the open. To make matters worse, field commanders had forgotten to bring ladders and fascines, elements critical for the ground forces to cross the defensive canals and climb the earthworks.

With all this happening, British soldiers were tasked with essentially attacking the strongest point of the American defenses – where the Americans wanted them to attack – without any means to help climb across or up the obstacles for victory. Packenham would pay for his lack of preparation or attention to detail with his life during the fighting.