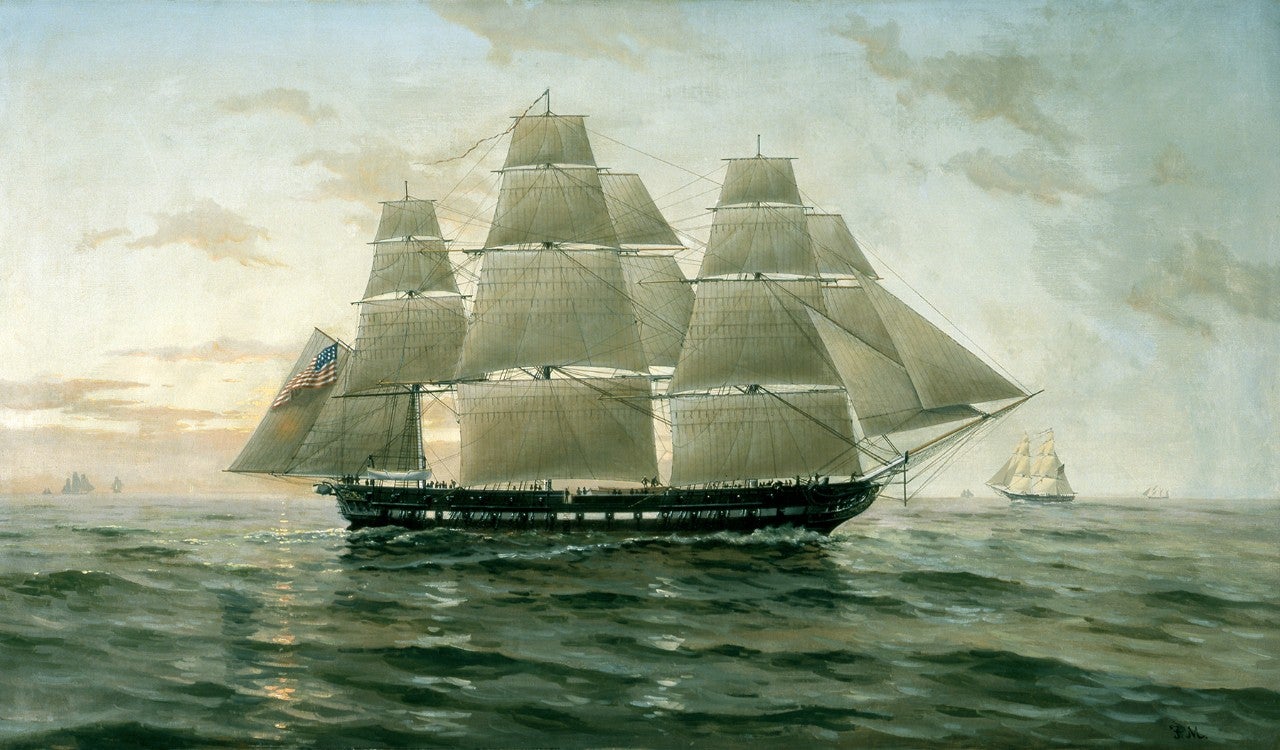 The young United States was far from the global superpower it is today when it declared war on Great Britain in 1812. In fact, the country it was declaring war on was much closer to being a global superpower than the US was. So what would make a small, agricultural country want to fight a second war of independence against the mightiest empire on Earth?

Impressment of American citizens was a pretty good reason. British ships were stopping American merchantmen and seizing sailors from their decks, accusing them of being deserters and forcing them to serve aboard British warships. Were the British right about the deserters? Maybe, but that doesn’t mean you get to push Americans around.

Life aboard a British warship in the 18th and 19th centuries was all-around pretty terrible. The Royal Navy wasn’t exactly a luxury cruise. Conditions were harsh and cramped, discipline was strict and the chances of getting killed in the Napoleonic Wars were pretty good.

Those conditions, combined with maintaining such a large fleet meant the British had a lot of spots to fill with sailors. The Royal Navy used to hire “press gangs” who would literally abduct people from the docks and force them to work aboard ships. Pressed citizens would be shackled aboard the ship when it docked to keep them from escaping. It didn’t really matter what country you were actually from.

The pay for a British sailor was minimal, their enlistments lasted forever, and life generally sucked. Pressed sailors often became pirates at the first opportunity, using their newly-acquired skills at sea for a life slightly more entrepreneurial and also slightly less terrible. Sailors, either regular able seamen or pressed landsmen, who escaped but didn’t become pirates just generally escaped and went anywhere they could find work, which was often other ships.

Where life aboard a British Royal Navy ship often meant a lot of cleaning things with sand, floggings and killing things that spoke French, life aboard an American merchant was much more fulfilling and probably paid much better without the flogging. With all of this knowledge, of course there were British sailors in the American service.

Seizing sailors from American ships was accepted practice until 1805, when the British also started seizing merchant cargo and taking American ships as prizes

In 1807, US Navy Capt. James Barron of the USS Chesapeake was boarded by the HMS Leopard. He refused to muster his men so the British could look for deserters, so the Leopard fired three broadsides into Chesapeake, killing three, wounding 18, and taking four so-called “deserters.”

It should have been the last straw for the bullied new kid on the block. The United States listed it as one of the 27 colonial grievances enumerated in the Declaration of Independence. But President Thomas Jefferson felt the US was unprepared for war. It wasn’t until 1812, when President James Madison finally had enough of British meddling in North America.

Britain’s impressment of sailors and citizens turned American public opinion against its former mother country, but Britain didn’t stop there. It was inciting Indian tribes against American settlers, seizing American cargo and otherwise violating the rights of American ships at sea.

Of course the War of 1812 didn’t change much in the way of territory, but it showed the US was willing to give the bully a black eye – and help end the practice of impressment altogether.