Ever wonder what the first day at West Point is like for a new cadet? Watch this. - We Are The Mighty

Ever wonder what the first day at West Point is like for a new cadet? Watch this. 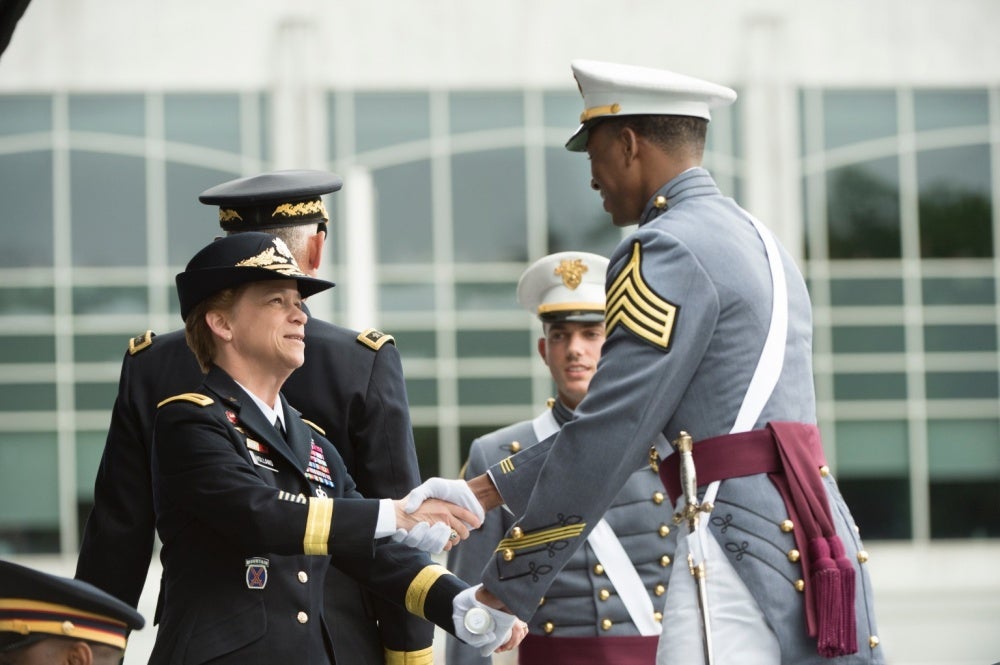 Every July, more than 1,200 cadet candidates arrive at West Point, the US military academy in West Point, New York. Established in 1802, it’s around 50 miles north of New York City. The location of the academy has significance in US history. Say what you want about West Pointers (or military academies in general) but getting into West Point is a pretty significant feat!

Reception day, also known as R-Day, is always on a Monday and marks the first of each student’s four-year journey to graduation. In that journey, Cadets will follow through four programs: Character, Academic, Physical and Military.

Their civilian days are officially over right from the start

The first day at West Point involves a transformation from civilian status through a series of activities. At the end of the day, the Military Academy requires them to take an oath to serve in the US Army. Upon arrival, cadet candidates and their families begin the day with an orientation. However, when that’s over, they have just 60 seconds to bid their families farewell. After that, they will have extremely limited contact with the outside world for six weeks.

That obligatory West Point haircut is all the rage

Walking out the door of Eisenhower Hall, students officially become “new cadets” and receive their physical training uniforms and a bag. That bag holds everything they are permitted to carry during their first six weeks. Immediately after, new cadets must head to the barbershop. Male cadets have to pretty much shave their heads, though females do not.

After that, new cadets get their assignments at companies that teach them the basics of taking orders and how to properly march. Upperclassmen help to lead the new cadets, operating as a learning environment for both. New cadets learn the basics of leadership skills while upperclassmen practice them. R-Day ends with the Oath Ceremony, where everything the new cadets have learned is reiterated.

Attending West Point is free, but it’s not easy to get in. Aside from being a US citizen, students must also be in good physical condition, pass a specific medical exam and show a history of high academic achievement. Also, that free tuition comes with a different kind of debt: service. This includes five years of active duty in the Army and three years as Reserves. All who complete the initial six weeks of basic training are then formally accepted into the corps of cadets.

Related: Navy intelligence once launched an investigation to find Bill the Goat