The complete guide to West Point - We Are The Mighty

The complete guide to West Point 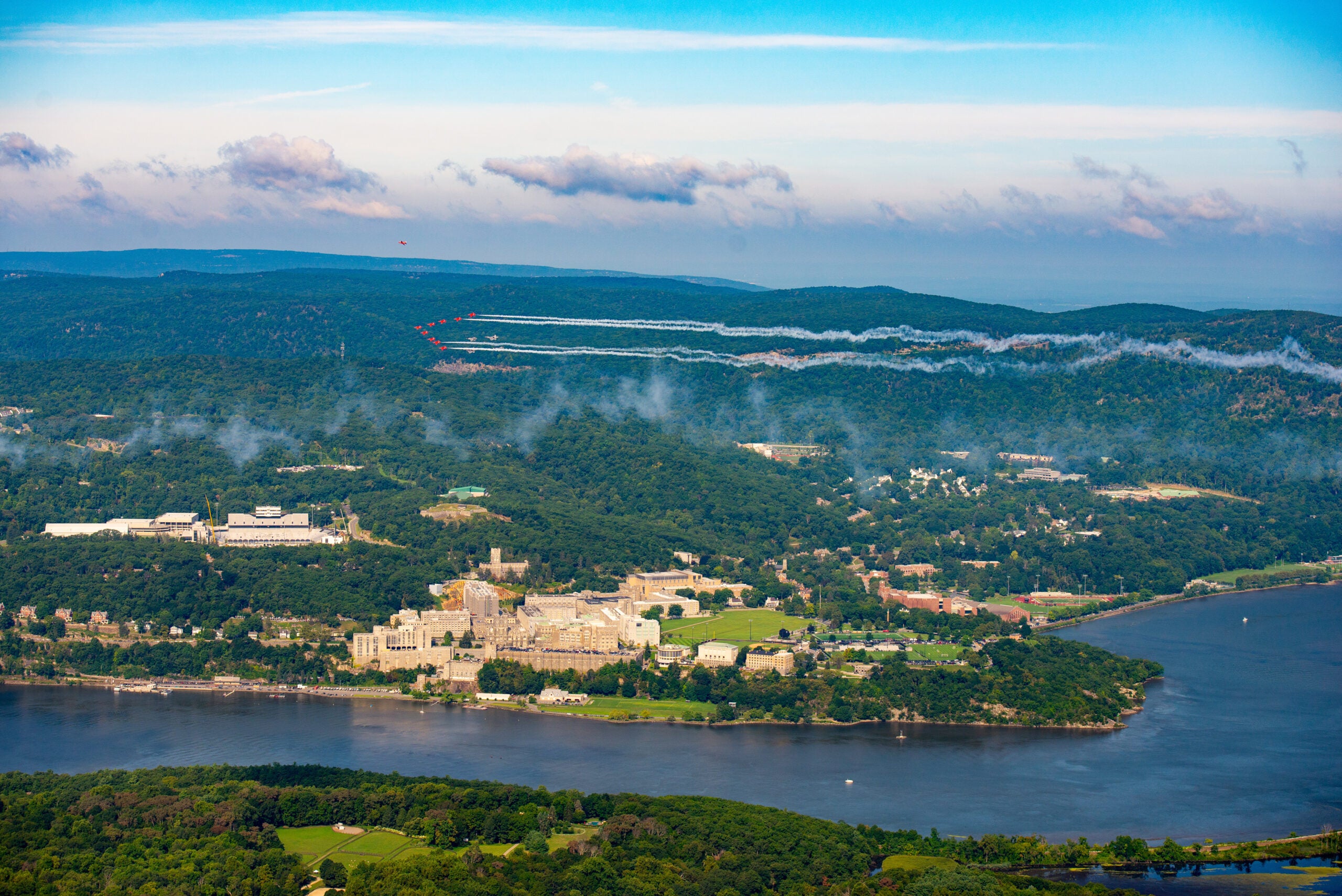 If you’re heading to West Point as a cadet, congratulations! You’re about to embark on the most rewarding and rigorous experience of your life so far. West Point Academy is one of America’s most prestigious military institutions of higher learning. For generations, West Point has been associated with developing cadets into capable Soldiers. These days, the mission remains the same.

The annual West Point-Navy game is the stuff family arguments are made of. Naturally the only appropriate team to root for during the game is Army, but everyone is allowed to have their own opinions.

Officially, this hallowed institution is called the United States Military Academy, though graduates sometimes call it “Army” or “The Long Gray Line.” The term refers to the ties that bind all West Pointers and reflects the gray cadet uniforms worn by West Point hopefully.

Here’s why West Point is so important

Built by the Continental Army a mere 50 miles from New York City, West Point is nestled in the picturesque Hudson Valley. It sits high on a high and overlooks the Hudson River. Of the five American military academies, West Point is the oldest.

It got its start in 1778 as a fort. Then, in 1801 President Thomas Jefferson decided the country needed a military academy. A year later, West Point opened its doors. These days, the campus is an official national landmark and its buildings draw large tourist crowds who want to check out the oldest Army museum and the campus’ Norman-style buildings.

In any given semester, over 4,000 cadets call West Point home. Garrison includes active duty service members and families along with civilian contractors.

West Point was the first American college to have an accredited civil engineering program. It was also the first to have class rings!

As you might expect, there are several notable alumni from The Long Gray Line including military leaders, politicians, and others.

Famed generals like Ulysses S. Grant, John Pershing, and Norman Schwarzkopf were all once plebes at West Point.

Plenty of other notable leaders spent time at West Point, too. Buzz Aldrin, the second person to walk on the moon, graduated in 1951. President Dwight D. Eisenhower graduated way back in 1915 and Douglas MacArthur, a Medal of Honor recipient, finished his studies at West Point in 1903. Here are five facts you probably didn’t know about Eisenhower’s time at the academy.

Future cadets, here’s how to get into West Point

There’s no sugar coating it. Admission to West Point is tough – but not impossible. On average, about 14,000 hopeful cadets apply each year. Of those, about 1,300 are appointed. When you step on campus, you’re a candidate. Only after you graduate can you call yourself a West Pointer.

In order to apply you need a nomination from a member of Congress, the president, or the vice president. The majority of nominations are Congressional. Your state’s Congressional Representative or Senator can offer a nomination. You’ll need to write a letter. Most often, children of career military personnel and JROTC cadets have a better chance of receiving a service-connected nomination. Be sure you apply for every possible nomination.

You also need high scores on both the ACT and the SAT. On average, cadets have a SAT score of 1340 and an ACT score of 29.

The best time to begin the application process is in the middle or end of your sophomore high school year. Your fitness needs to be top notch, too. That’s not to say any of this is impossible. But like any career in the military, it’s going to require planning ahead of time.

The Army fully funds tuition in exchange for an active duty service obligation after graduation.

When you finish, you’ll have a bachelor of science degree. Graduates commission as second lieutenants in the Army. Forgeing cadets commission into the armies of their home countries.

The academy offers 15 men’s and 9 women’s NCAA sports teams. Cadets are required to compete in one sport every season.

Heading to West Point as an Instructor?

But if you’re heading to West Point as an instructor, you probably have more practical questions about housing, schools, and what the heck there is to do in this northern New York town. This guide is for you!

From New York City, first navigate onto the FDR north. Then, take exit 24 for I-95 toward the George Washington Bridge. Use exit 73/74 toward Palisades Interstate Parkway N. next, use the traffic circle to exit onto Rte 9W N. First you’ll need to merge onto NY-218 N, then turn slight right onto West Point Highway. Next, turn right onto New South Post Road and follow signs.

Being so close to NYC means there are countless ways to arrive at West Point. Of course, JFK and LaGuardia Airports are easy options. You could also travel to the Newark Airport in nearby Newark, New Jersey. Amtrak services Penn Station in NYC, making that an option, too.

Because it’s an academy and not just an installation, the Visitor Control Center operates as a central meeting point for families and tourists. Scheduled tours and museum visits also start at the VCC.

West Point Military Academy has three gates. Two are 24/7 and one is for DoD card holders only.

Washington Gate: 0500 – 2200 daily for DoD ID card holders only. There’s no visitor access at this gate.

Major units include units relating to the management of the academy. Additionally, you’ll find the Director of Admissions, the Criminal Investigation Command, the Staff Judge Advocate, and others.

Things to Do Around West Point

The West Point weather means snowbirds will delight in the winter. Because the military academy is located in a valley, the installation experiences all four seasons. Summers are very mild and spring and fall are pretty chilly. It’s usually cloudy and the wet season generally ends by August. That said, you’ll never run out of indoor or outdoor activities, thanks in part to West Point’s closeness to NYC!

If you’re going to a graduation, book your hotel early.

Foodies, rejoice. The Hudson Valley gives you all the culinary delights you could ever want. Because the Hudson Valley was once a driver of American agriculture, farm to fresh is deeply entrenched just about everywhere. Spend some time picking your own fruits and vegetables. Lots of orchards and farms are open year round. There’s also a vibrant wine and microbrewery scene in the Hudson Valley. During the cooler months, be sure to sip on some local cider. You can find it dry, spiced, hopped, or even barrel-aged!

Of course you’ll want to visit the West Point Museum. Breathe in fall and take a train trip through the Hudson Valley. Don’t forget to pick some apples! Hike the trails, have a picnic in the mountains, or just enjoy being in one of the most beautiful places in the country. Of course, if you need a dose of city life, hop the train to New York!

The cost of living in the Hudson Valley is extremely high. Living in privatized housing might be the most economical choice. That said, there are several communities near the installation that might suit your needs.

Balfour Beatty, operating as West Point Family Homes, owns and manages on-post housing. The average wait time for housing is 30 days. During peak season, it can be up to 90 days or longer. Call the Housing Office as soon as you receive orders to find out about current wait times.

There are no unaccompanied officer or senior enlisted quarters. Soldiers E1-E5 typically are required to live in the barracks. However, the barracks are under construction, so all Soldiers have to reside off-post. Speak with the Housing Office for up to date information about the barracks construction.

Mil-families stationed here can take advantage of the West Point Public School District. This school system offers education for mil-kids from pre-k all the way through 12th grade. On post, you’ll find a child development center, too. Of course, there are lots of other private options for schools and childcare. Speak with the School Liaison Office for more information.

What GPA do you need to get into West Point?

You’ll need a competitive GPA and high standardized test schools for an appointment.

Is West Point for the Army only?

After graduating, cadets commission as second lieutenants in the Army.

Is tuition free at West Point?

Yes, but the Army requires active-duty service after graduation.

Can you go to West Point without joining the Army?

No. If you attend and graduate, you are obligated to serve at least four years in the Army. However, if you decide to quit in the first two years, you won’t owe any money or have a service commitment.