The complete guide to Air Force ranks - We Are The Mighty 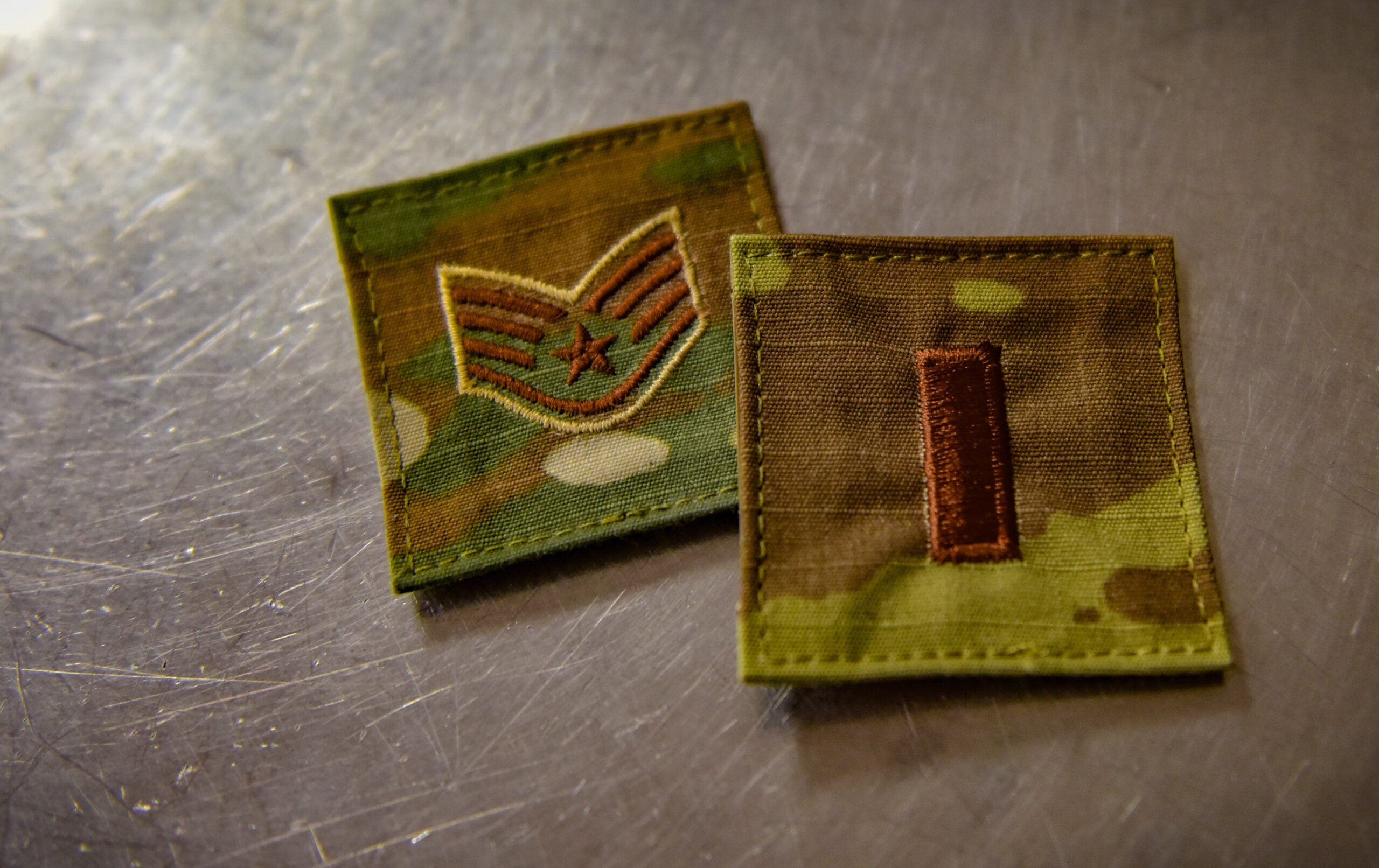 It’s probably no surprise that enlisted Air Force ranks include three different levels. You might not know that the Air Force is the only branch of the DoD that allows a non-commissioned officer to be an E5. Additionally, there’s an accelerated promotion track for Airmen who agree to enlist for six years. In this program, Airmen are promoted to E2 after basic training is finished and are E3 by the time they graduate technical school or 20 weeks after basic training, whichever comes first.

E1 Airman Basic – This is the lowest Air Force rank. An Airman Basic is just starting out in their USAF career and is learning how to apply Air Force and military knowledge to their professional and personal life.

E2 Airman – Most promotions to E2 are automatic as long as the Air Force standards are met. E2s go to Air Force schools to receive specialized training for their jobs.

E3 Airman First Class – Being an E3 means that the Airman has fully adjusted to the military way of life and has embraced the culture as well. E3s have more responsibility than E2s and serve as role models to junior enlisted Airmen.

E4 Senior Airman – As Senior Airmen, E4s are on the brink of becoming non-commissioned officers, so they’ll often mentor junior Airmen and have more responsibility than the junior ranks.

E5 Staff Sergeant (SSgt) – As a SSgt, E5s are the junior-most NCO Airforce rank. This Airman is considered a craftsman within their job and must have a level 5 or level 7 skill level.

E6 Technical Sergeant (TSgt) – TSgts ensure that all enlisted Airmen have what they need to succeed. Most often, a TSgt has at least 12 years of time in service and has a level 7 skill level at their job.

E7 Master Sergeant (MSgt) – A MSgt is the lowest of the senior NCO Air Force ranks. The MSgt is a craftsman in their trade and maintains leadership positions, too. Expect to be in service for at least 17 years to reach E7.

E8 Senior Master Sergeant (SMSgt) – This middle-of-the-road senior NCO Air Force rank works in a leadership capacity. However, the Air Force only allows 2% of its workforce to be E8s, so competition for this rank is stiff.

E9 Command Chief Master Sergeant (CMC) – A command chief master sergeant is a senior advisor to both unit and base commanders of a wing. CMCs makes up just 1% of the total Air Force workforce!

Just like the Marines and the Army, Air Force officer ranks are categories. The Air Force divides their officer corps into company, field grade, and general officers.

O1 Second Lieutenant (2nd Lt) – When a person commissions as an Air Force officer, they automatically earn the rank of second lieutenant.

O3 Captain (Capt) – A captain is the highest company-grade Air Force rank. Captains have proven their commitment to the Air Force and usually have authority over an entire flight.

O4 Major (Maj) – A major is the lowest field grade rank. Typically, Air Force majors operate as staff officers and generally have about 12 years of time in service.

O6 Colonel (Col) – This Air Force rank is the highest field grade rank. Colonels can serve in several ways but are usually part of command elements of a wing. Sometimes, they’re heads of staff in Air Force agencies.

O7 Brigadier General (Brig Gen) – This is the lowest general officer Air Force rank. The president chooses officers and then those officers undergo a rigorous selection process. Fun fact: Brigadier Generals have to retire after 30 years of service or five years in rank if they don’t pick up their second star.

O8 Major General (Maj Gen) – To become a two-star general, an officer has to go through a serious selection process. It’s a lot like becoming a one-star, but there’s more on the line.

O10 General (Gen) – This is the highest possible rank an officer can achieve. A four-star general holds the highest military position at the Pentagon. They’re also in command of major areas of responsibility.

What are the high ranks in the Air Force?

What rank will I be in the Air Force with a bachelor’s degree?

If you commission right after college, you’ll enter the Air Force as a second lieutenant. However, you might be eligible to enter as a first lieutenant.

What is the lowest rank in the Air Force?

The most junior enlisted rank is Airman.

Is it hard to rank up in the Air Force?

As with all military careers, the more time and effort you put into earning your next rank, the easier your path will be. Ready to find out more? Speak with a recruiter today.