Was General Lee's buried family treasure ever found? - We Are The Mighty 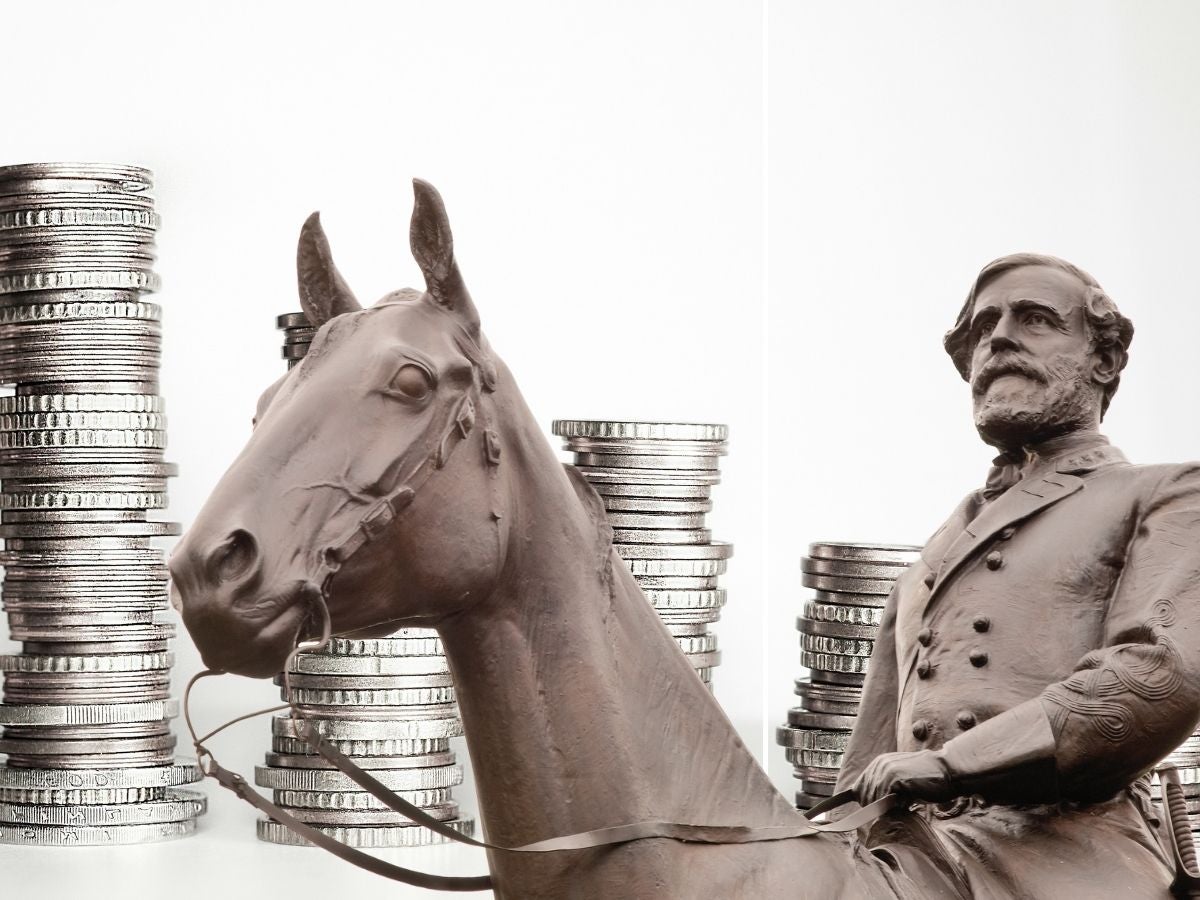 As Arlington House was being overtaken by Union soldiers during the Civil War, a keen Mary Anna Custis Lee hid her family’s heirlooms. Unable to take them with her and make a quick get-away, the wife of Confederate leader General Robert E. Lee stashed the goods and ran, with her daughters, reportedly to various family plantations.

Notably, her husband wrote to her, warning that war would soon come to Arlington House, the eventual location of Arlington National Cemetery. It’s also said that, despite his warning, Mary waited until soldiers were nearing the home to leave.

General Lee wrote: “War is inevitable, and there is no telling when it will burst around you … You have to move and make arrangements to go to some point of safety which you must select. The Mount Vernon plate and pictures ought to be secured. Keep quiet while you remain, and in your preparations … May God keep and preserve you and have mercy on all our people.”

And secure them she did. Some reports also state that she buried them on the property. Additional items were packed into trunks and sent to various locations throughout the war, first Alexandria, VA, then Richmond, and finally onto the Virginia Military Institute in Lexington, KY. Most notably was the family’s silver. The same silver that belonged to George and Martha Washington, as the latter was Mary’s great-grandmother.

Meanwhile, family portraits were sent to an aunt’s home, while her Cincinnati China (of lesser value than the silver that was shipped off) was nailed in boxes and locked in closets and the cellar.

However, items that were left in the home were looted and stolen by Union soldiers, including Major General Charles Sandford.

By 1864, Union forces were invading the Virginia Valley, causing Mary to worry that her family’s silver was in danger. General Lee is reported to respond with, “It will be impossible to remove the silver … from Lexington. It will incur more danger in removal than in remaining. It must bide its fate.”

As Union troops advanced toward the Virginia Military Institute, it was arranged for the two trunks carrying Mary Lee’s family silver to be buried by VMI Ordnance Sergeant John Hampsey. On June 12th, Union soldiers set the University on fire, destroying all within their walls. However, as the trunks were placed underground, they were left safe from the flames.

After the end of the war, in fall of 1865, the Lees asked Hampsey to show them the location of the buried trunks.

Robert E. Lee, Jr. dug them up, stating: “I was sent out with him to dig it up and bring it in. We found it safe and sound, but black with mould and damp, useless for the time being, so my father opened his camp-chest and we used his forks, spoons, plates, etc., while his camp-stools supplied the deficiency in seats.”

The treasure in modern times

After Mary Lee’s death, the silver was willed to her children and other members of the family, eventually splitting the collection over several locations. Over the years, several pieces have been donated by family members, though much is feared to be lost, including the buried trunks from Kentucky.

The latest addition to the Mount Vernon collection was donated in 2007, when two Custis descendants opened two old trunks from a basement and found Mary Lee’s belongings that she had left in the cellar of Arlington House.

Artifacts from Mary Custis Lee, General and Mary’s daughter, were also found in a Virginia bank in 2002. Two steamer trunks were discovered in the bank’s silver vault, where it sat for 84 years after the owner’s death. It contained more than 4,000 pictures and letters between family members, including those written by General Lee. Today the collection resides at the Virginia Historical Society.