The Marine Corps wrote the book on 'small wars,' literally - We Are The Mighty

The Marine Corps wrote the book on ‘small wars,’ literally 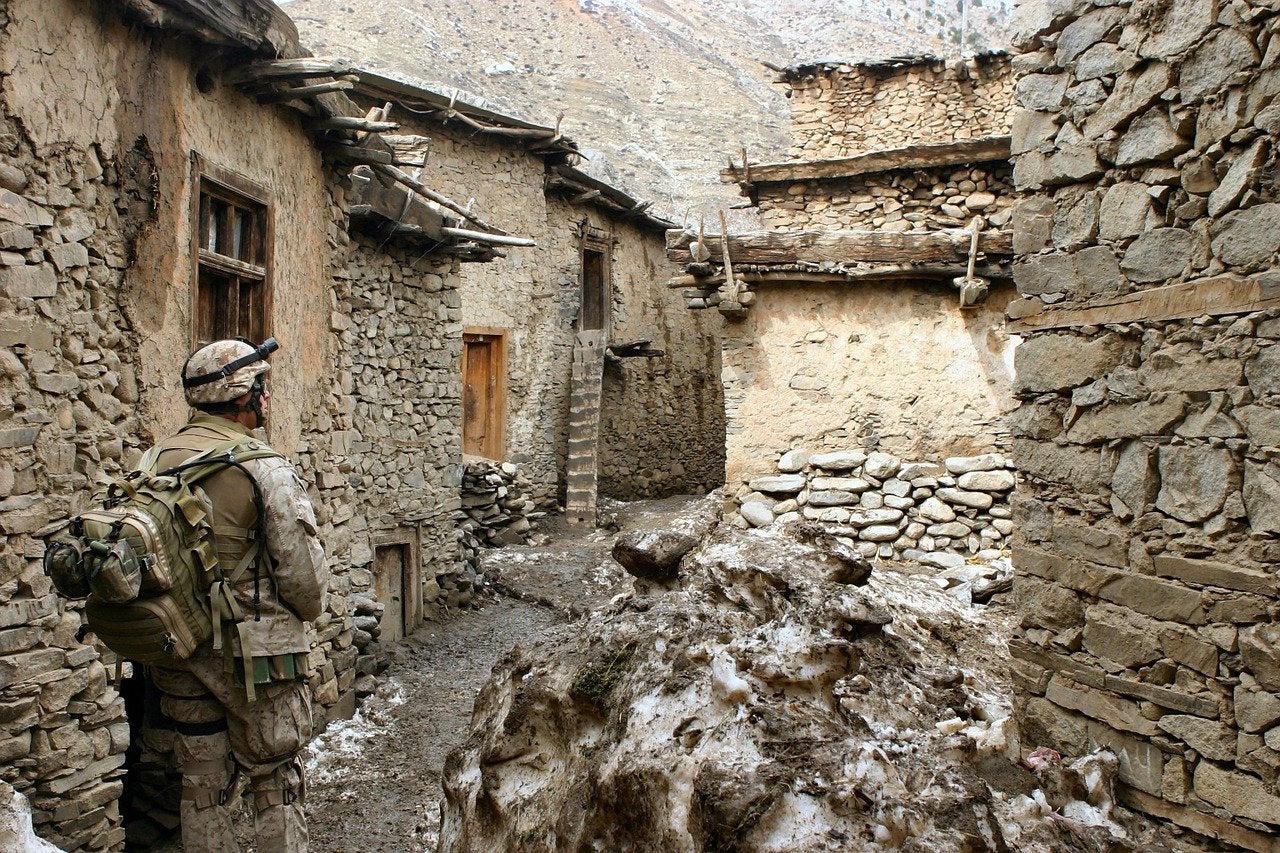 As the United States came into its own as a world power in the late 19th and early 20th centuries, the United States Marine Corps became the primary tool for power projection into troubled areas. The Marines deployed all over the world, fighting everywhere from the Boxer Rebellion in China to the Banana Wars in Central America. During this time, the Marines and a few Army units gained valuable experience. A few USMC legends such as Dan Daly and Smedley Butler gained prominence. It makes sense that in the 1930’s, the Marines published the Small Wars Manual, documenting their experiences and providing guidance for units engaged in such conflicts. Unfortunately, just as the Marines were perfecting their craft, World War II broke out. With the ensuing Cold War, these ideas were very nearly lost to history.

Operations known to the military today as “low-intensity conflicts” were deemed ‘small wars’ by the Marine Corps in the early 20th Century. In the Small Wars Manual, they defined small wars as “operations undertaken under executive authority, wherein military force is combined with diplomatic pressure in the internal or external affairs of another state whose government is unstable, inadequate, or unsatisfactory for the preservation of life and of such interests as are determined by the foreign policy of our Nation.” Also, due to the fact that special operations forces had yet to be conceived, those missions were carried out by the Marines, sailors, and soldiers deployed in small wars. Their missions often ran the gamut from direct action, bordering on conventional warfare to foreign internal defense and unconventional warfare. During the occupation of Haiti, Marines were instated as officers in the Haitian Gendarmerie, which included the likes of a young Cpl. ‘Chesty’ Puller and Smedley Butler.

During these various interventions around the world, the U.S. military gained a wealth of knowledge and experience. They not only learned how to conduct combat operations against weak states and guerrillas, but also how to properly support these operations and how the force could be self-sufficient while deployed for long periods of time in a foreign country. This included everything from what types of weapons troops should carry to how to employ horses and mules for transportation and logistics. The military even learned how to work with the state department and how to establish effective civilian-military relations. The manual also makes recommendations for the best composition for forces depending on the circumstances of the operation and how to employ those forces in all types of situations.

What makes the Small Wars Manual stand out is the practicality which it embodies and the way it almost comes across as a how-to book. Many of the recommendations are not only unique to the manual but also went against the conventional wisdom of the time. Some of it even went against what would have been good order and discipline. In fact, in its recommendations for outfitting infantry patrols, the manual states “personal comfort and appearance must always be of secondary importance as compared with the efficient accomplishment of the assigned mission” and goes on to say “the value of canvas leggings in the field is questionable. The woolen sock pulled over the bottom of the trouser leg is a satisfactory substitute.” Anyone who has served in the last decade and remembers the white sock crisis knows that such a suggestion from an official Marine Corps publication is borderline blasphemy. Beyond this, the manual describes in detail how to field the most effective and efficient fighting force in some of the most austere conditions. There are even details for how to modify equipment to be of the most use in small wars.

After years of occupations, deployments, and fighting the Marines began releasing reports and studies in the 1920’s that would eventually lead to the publication of the Small War Manual. These reports and articles were collected into a single book, “Small Wars Operations” in 1935. An updated, and final, version was released in 1940 as the Small Wars Manual. The following year, the Japanese attacked Pearl Harbor and the United States entered World War II. Even though much of what the Marines had learned fighting in small wars came in very useful in fighting the Japanese in the Pacific, the shadow of World War II and the Cold War pushed the Small Wars Manual into obscurity. With the exception of a few efforts to at least keep the manual in the Marines repertoire of publications it was mostly lost to history. That is, until it reappeared on Gen. James Mattis’ reading list for officers deploying in the War on Terror. The truly unfortunate part of this is that with a few updates to the weapons and tactics, much of the material covered in the Small Wars Manual could have been used to inform operations in places like Afghanistan and Iraq.