That time an astronaut snuck a gorilla suit into space 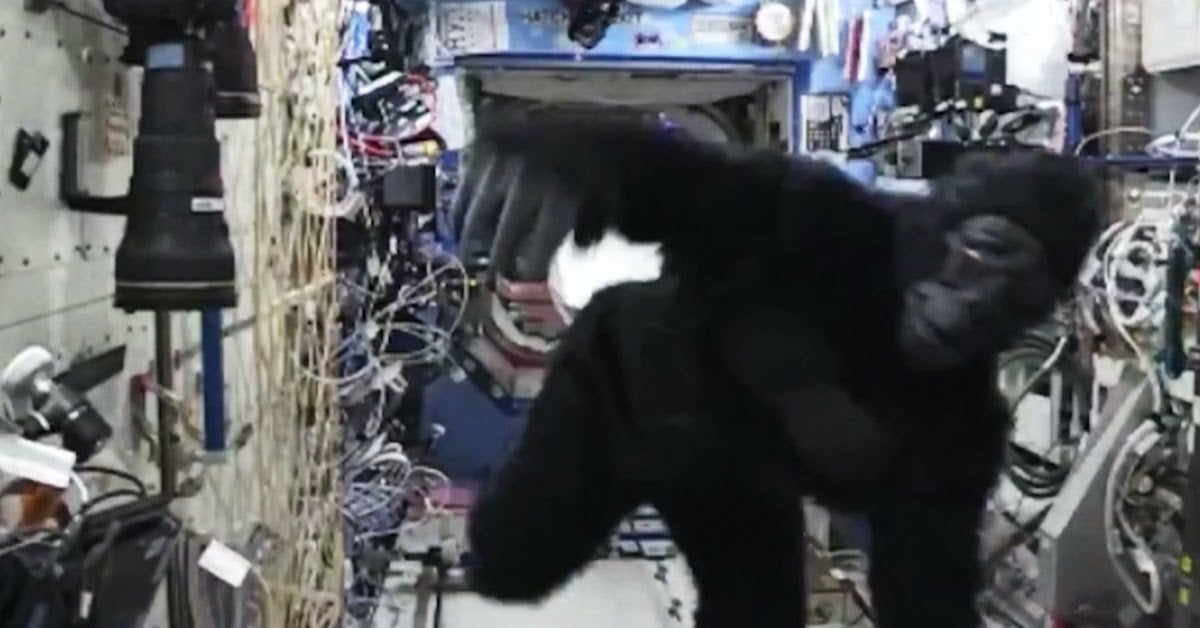 Retired U.S. Navy Captain and former NASA Astronaut Scott Kelly once received a full gorilla suit in a care package while living on the International Space Station. He didn’t tell anyone about it. One day, without warning his fellow crew, he put it on. Hilarity ensued.

And luckily for us, there’s video:

Kelly was a fighter pilot in the Navy before becoming a U.S. astronaut. A veteran of four space flights, he commanded the International Space Station (ISS) on three expeditions and was a member of the yearlong mission to the ISS from March 27, 2015, to March 2, 2016. His book, Infinite Wonder, features the photographs he took during that year. In October 2015, he set the record for the total accumulated number of days spent in space.

It was his brother, Captain Mark Kelly, who sent the gorilla suit care package. Mark Kelly is also a retired U.S. Navy pilot, engineer, and NASA astronaut, and the husband of former Congresswoman Gabby Giffords.

Who else could get away with sending such a gift?

The Kelly twins have also been part of an investigation on the health effects of long-term space flight. While Scott lived aboard the ISS for a year, Mark remained on Earth as a “genetically identical ground control.” Scientists have been able to discern the effects of space on the human body to the DNA and chromosomal level, from Scott’s gut microbiome to the thickening in his retina and carotid artery.

These kinds of studies help give clues toward human health as we explore space. While the ISS is in low-Earth orbit and not deep space like, say, Mars, the findings give scientists more information about the effects of space travel.