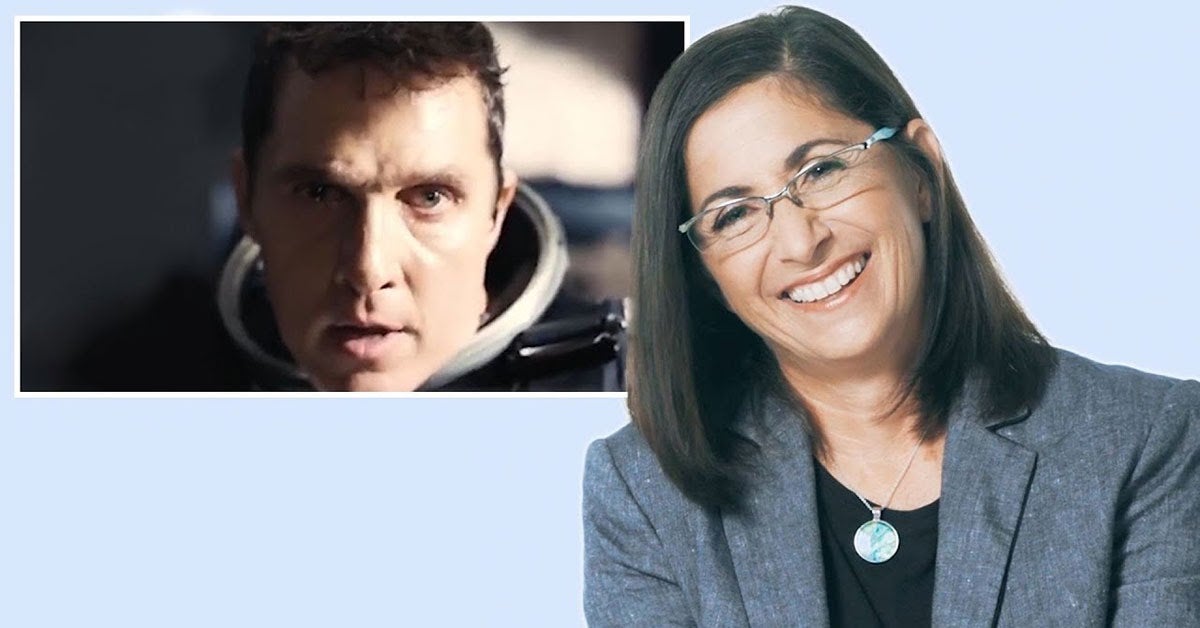 Retired NASA astronaut Nicole Stott experienced two spaceflights and 104 days living and working in space on both the International Space Station and the Space Shuttle. She was the 10th woman to perform a space walk and, just for funsies, she painted the first watercolor in space (it’s now on display at the Smithsonian Air and Space Museum).

In the video below, Stott breaks down scenes in classic space films, from Total Recall to Gravity to getting sucked into space in Alien: Resurrection. If you’ve ever wondered what would happen if an astronaut’s helmet cracks in space or what happens when a member of the crew is exposed to the vacuum of space (“there was a case of a guy who was doing a spacesuit test and somehow got exposed to the vacuum; he reports that he felt the boiling of his spit on his tongue…” she shared, to my horror), Stott has answers.

In Total Recall, a cracked helmet results in convulsions and eyes popping out of their sockets, emitting a laugh from Stott. “The helmet itself is really very durable. We try our best to avoid contact with anything, because they can scratch, too. When we do space checks, we’re always talking about doing a glove check or a crew member check where you look each other over and make sure you don’t see anything that might be a problem,” she explained. “But overall, the suits and helmets overall are really very durable and have done a great job of protecting us in space.”

She had a lot of great things to say about the realism in Gravity, although “there’s definitely not as much chatter as what you’re hearing [in the film]. We try very hard to keep it to what the tasks are about. We might be playing music inside the shuttle but that’s not something you’ll hear throughout all the comm that’s going on.”

She described how choreographed a space walk is, down to five minute increments. For safety, there’s always someone inside the shuttle during a space walk, as well.

“The thing that stands out the most to me is that you’d never have George Clooney, or any other crew member, just jet-packing around while the space walk was going on,” she clarified.

She went on to describe emergency procedures (and why unexpected debris in space is rather unlikely), as well as what she described as one of the greatest fears of any spacewalker: spinning out into space. She also commented on astronaut training, including simulation and virtual reality.

Stott giggled a bit before breaking down the ludicrous speed in Spaceballs, comparing it to the 17,000 miles per hour (5 miles per second!) that the Space Shuttle travels.

The topic of training came up again with the Armageddon training montage. “The underwater work looks just like what we would do if we were training to do a space walk. Thankfully, in space, it’s easier to move around in those suits! You just have to figure out how to stop if you start moving too fast!” she recalled with a bit of wistfulness in her voice.
Check out the video above for more Armageddon and everything from pulling G’s in Interstellar to the artificial intelligence of 2001: A Space Odyssey.