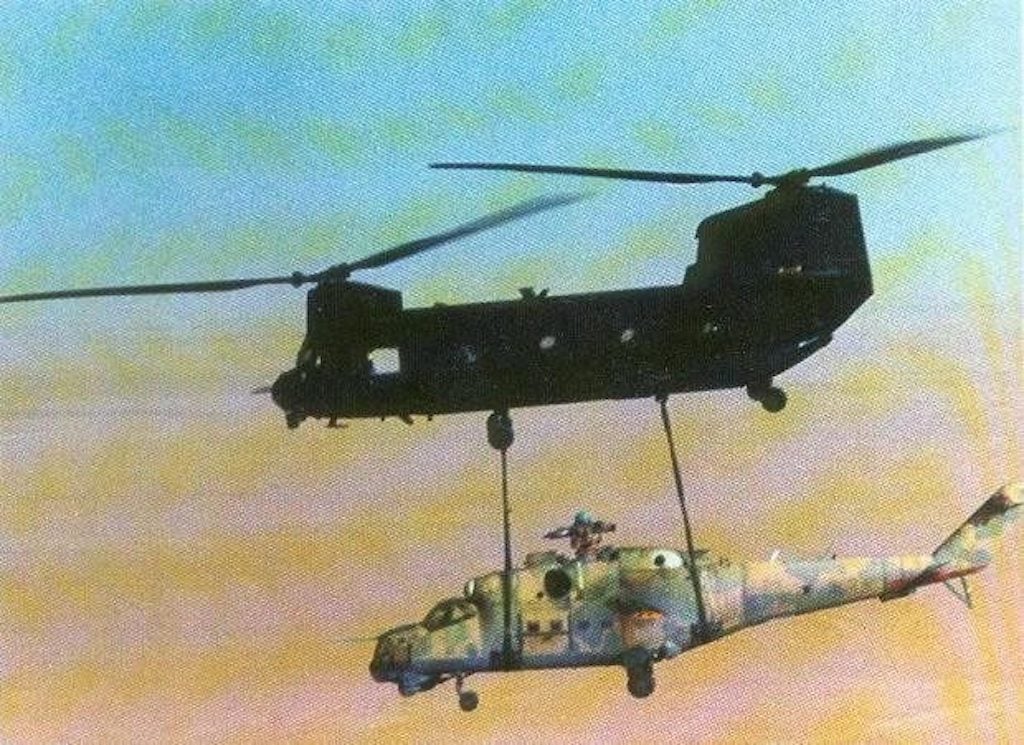 The Mi-25 was the export version of the Soviet premiere attack and troop transport helicopter, the Mi-24. The Mi-24 was a game-changing Soviet helicopter that could drop a special forces squad in contested territory and then provide air support to the operation. It’s exact makeup and technical specs were highly guarded by the Russian government.

But, in spite of the secrecy, at dawn on June 12, 1987 American Chinook helicopters from the 160th Special Operations Aviation Regiment — The Nightstalkers — landed at an airfield in Chad. There a crew of special operators strapped a Soviet-made, Libyan-owned Mi-25 Attack helicopter to the bottom of one of the Chinooks, and flew it back to the U.S.

OR: This top-secret operation was the World War II version of ‘Weekend At Bernie’s’