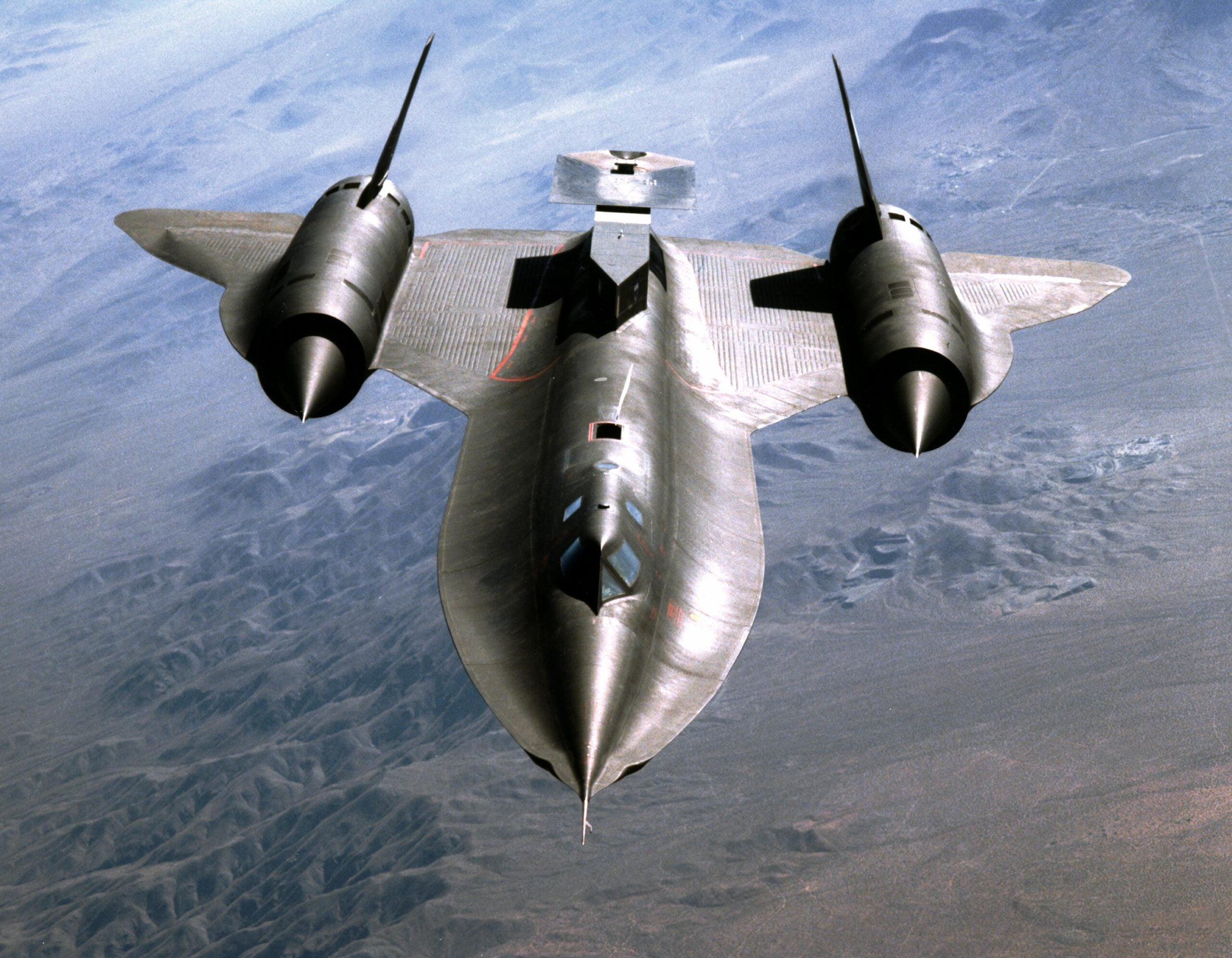 There are an unending number of interesting facts about the SR-71 Blackbird, probably the coolest aircraft ever produced by any Air Force, anywhere in the world. It’s the only airframe that’s made of 85% titanium, titanium that was purchased by the CIA from the Soviet Union – the country the aircraft was built to spy on. It’s capable of cruising at more than three times the speed of sound at 85,000 feet – and that speed and altitude are its only defenses.

Top that off with the awesome looking, specially designed pressure suits made for wear by SR-71 pilots, and it’s no wonder why the Blackbird is every kid’s (and Cold War historian’s) favorite aircraft. It’s also the only Air Force aircraft ever made with the “SR” designation. The reason for that is actually a mistake made at the White House in 1964.

If one were to go back in time and look at the press conferences, manuals and other material related to the SR-71 Blackbird and the revelation of its existence, they might not notice anything was ever flubbed by the President of the United States. A deeper look into the speeches made by the president that year shows that Johnson may have made a slip-up, but his loyal military officers simply changed the name of the bird to suit the president’s flub.

It also could have been a mistake by the White House stenographer. Even Clarence “Kelly” Johnson, the brain behind some of America’s most stunning aircraft, was unsure. It was what the president said on TV that stuck.

The SR-71 was created by Lockheed’s wonder weapons department known as Skunkworks, creators of the P-38 Lightning, the U-2 Dragon Lady and a top secret, high speed, high altitude reconnaissance aircraft dubbed the A-12 (among other fine works). The A-12 was the predecessor to the SR-71, had many of the same features, and was first flown in 1963. The project would morph into the SR-71 by 1964, and featured a reduced radar cross section, an extended fuselage to hold more fuel and a two-seat cockpit.

In the 1960s, the CIA and the Air Force were already flying SR-71 reconnaissance missions over the Soviet Union and the aircraft’s existence and capabilities were a closely-guarded secret. By 1964, however, that secrecy was beginning to affect the re-election campaign of President Lyndon B. Johnson, who had assumed the presidency after the assassination of John F. Kennedy in 1963.

Johnson was repeatedly attacked by his Republican challenger for the U.S. military falling behind the Soviet Union in terms of technology. Senator Barry Goldwater blamed the lack of military preparedness and technological advancement on President Johnson. So, Johnson decided that he would reveal the existence of this awesome aircraft and some of its associated technology with the American people. He unilaterally declassified the Blackbird program.

On July 25, 1964, President Johnson gave a speech to the American people to tell them about this state-of-the-art spy plane the United States had been using against the Soviet Union. The White House stenographer, apparently confused by earlier references to the RS-70 Valkyrie,  wrote “RS-71” in the White House transcript. President Johnson’s speech itself, however, called it the SR-71. The fact that the program was declassified that day makes it even hard to go back and get a definitive ruling on its intended designation.

The buck clearly stopped with the President of the United States, because all subsequent manuals, instructions, and media references use the SR designation for the aircraft.