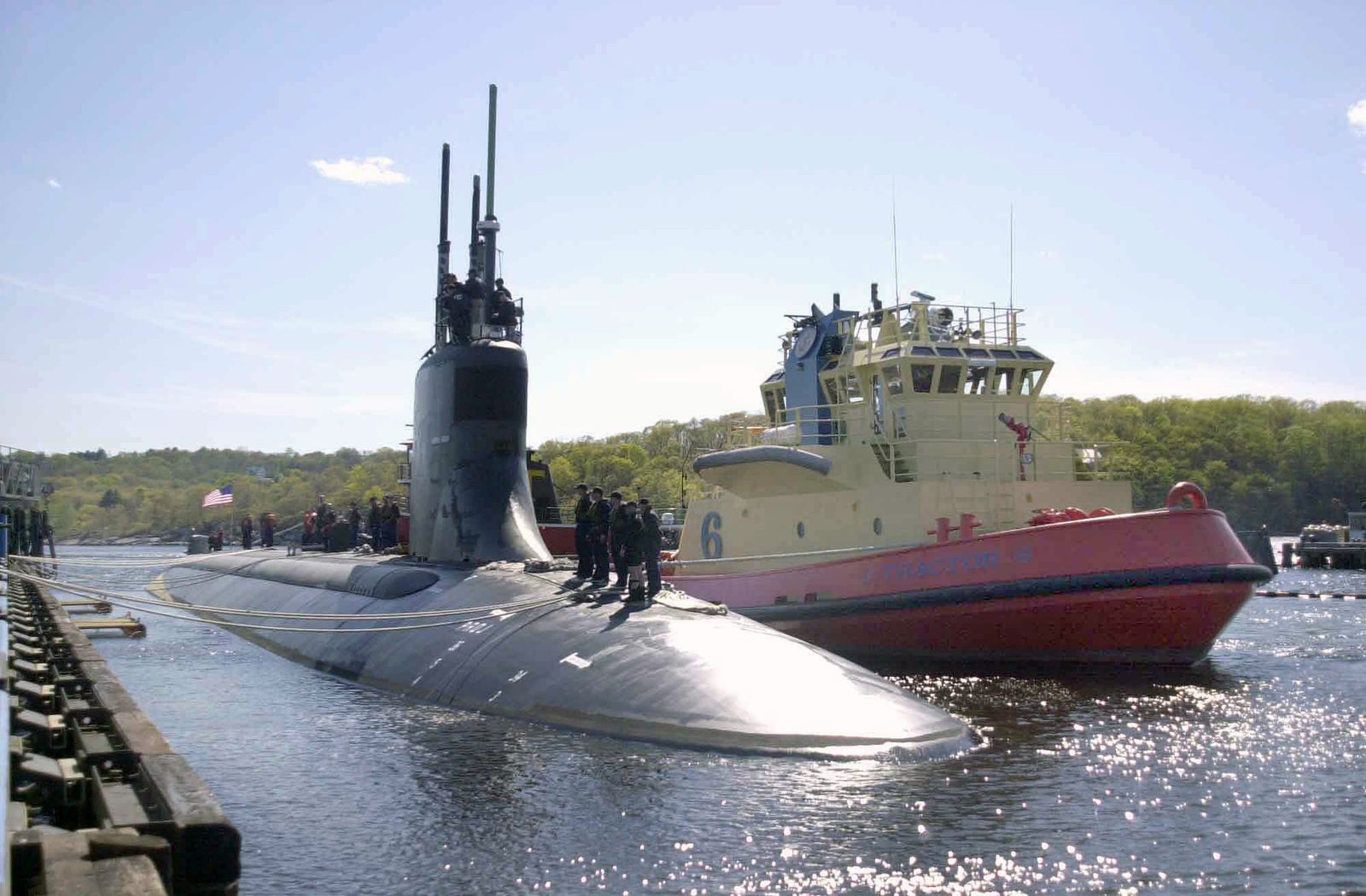 A Starboard bow view of the US Navy (USA) Seawolf Class Submarine, USS CONNECTICUT (SSN 22), showing Sailors standing on deck as the nuclear-powered attack submarine prepares to depart its homeport at Submarine Base New London, located at Groton, Connecticut (CT), for its first scheduled deployment.

A sub surfacing can happen pretty fast. And pretty violently.

Even at its calmest and slowest pace, that’s still almost 9,000 tons of titanium-hulled, nuclear-powered Russian sub coming at you at 8 miles per-hour.

In February 1992, the crew of the USS Baton Rouge was probably pretty surprised to find out their secret spy mission had been uncovered. How it was discovered was both surprising and entirely by accident, recounted in a paper from MIT’s Defense and Arms Control Studies Program.

The Baton Rouge was assigned to monitor the Russian Navy near the port city of Murmansk. The Soviet Union fell just a few months prior, but the U.S. Navy was still very interested in what the nascent – but still formidable – former Soviet Navy was up to.

All was going well off the coast of Murmansk as the Baton Rouge conducted its mission silently and unnoticed, until the crew was rocked by an impact from outside the boat. A Russian Sierra I-class sub, the Kostroma, collided with Baton Rouge from below as the Russian sub was trying to surface.

The American’s hull was scratched and had tears in its port ballast tank. The Kostroma’s conning tower slammed into the American sub at 8 miles per-hour as the Russian moved to surface. Its sail was crushed from the impact.

Embarrassing? Yes. Deadly? Thankfully no. Both American and Russian subs get much bigger and much heavier the Sierra I-class Kostroma and the Los Angeles-class Baton Rouge. Both can carry nuclear-capable cruise missiles, but neither were equipped with those weapons at the time.

After ensuring neither submarine required assistance both returned to port for repairs. In 1995 the U.S. Congress determined that repairing the Baton Rouge would be too costly and the boat was decommissioned.

The Kostroma, however, returned to active service – with a kill marker, celebrating the defeat of the Baton Rouge.