Humans surrendered to a drone for the first time in 1991 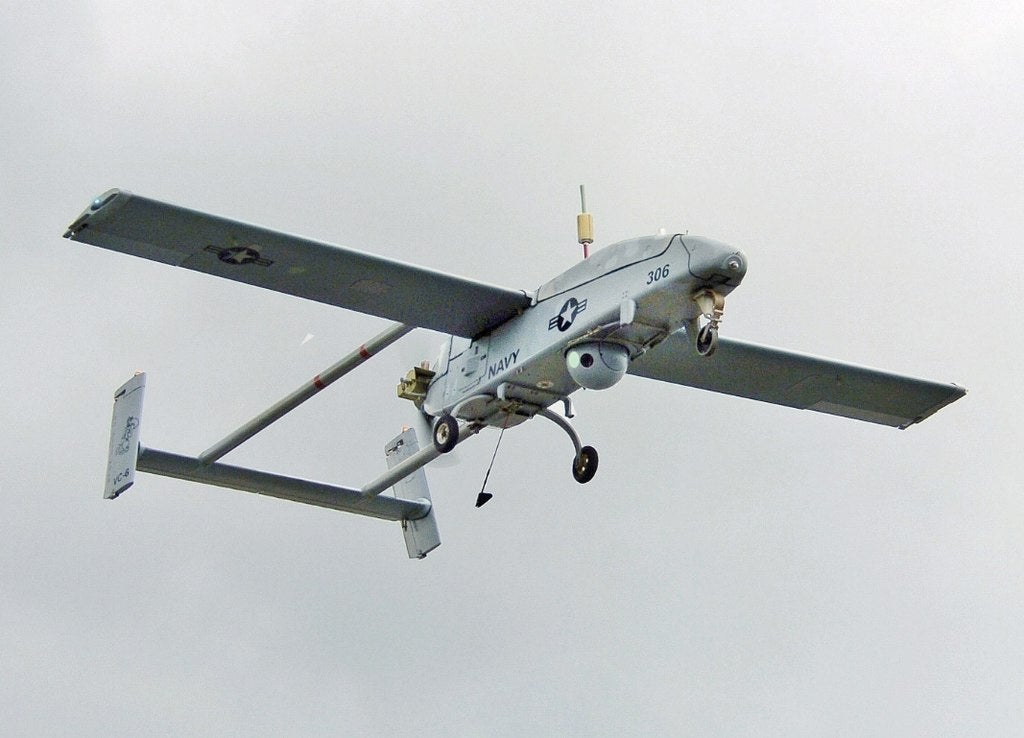 We tend to think of unmanned aerial vehicles, also known as “drones,” as a relatively recent development in the world of advanced battlefield intelligence and reconnaissance. They have been especially associated with the Global War on Terror, in making strikes against terrorist targets in Afghanistan and Pakistan.

The truth is that the United States has been using unmanned aerial vehicles since the late 1980s. It wasn’t a death-dealing cybernetic humanoid skeleton carrying a giant gun that first cowed humans into surrender, either. It was a UAV.

The Pioneer RQ-2A unmanned aerial vehicle was first developed in 1986 to provide surveillance, target acquisition and bomb damage assessment information in real time to combatant commanders. Its composition and size made it a difficult threat for enemies to find on radar, so its use for intelligence was apparent.

Best of all, the RQ-2A Pioneer drone could be launched and landed from Navy ships. It didn’t even require an aircraft carrier to launch or land one, they could be used in tandem with the old Iowa-class battleships. This capability made it the perfect intelligence asset for the Navy during the 1991 Gulf War.

It would also make for a notable historic first, the first time a human combat force would surrender to an unmanned vehicle of any kind.

In 1990, Saddam Hussein’s Iraqi Army invaded and annexed neighboring Kuwait. The resulting occupation was swift and brutal. The United Nations, led by the United States, gave Hussein a few scant months to leave Kuwait and restore the Kuwaiti government. If he did not, the United States and its coalition partners would forcibly expel them.

The Coalition began an unprecedented military buildup in the region that would eclipse even Operation Overlord, the famous World War II D-Day landings that would eventually free Europe from the Nazi jackboot. Operation Desert Shield was a buildup larger than Overlord and was designed to protect Kuwait’s neighbors from Iraqi aggression while placing enough resources to oust Iraq if Saddam Hussein failed to comply with the UN resolution.

The deadline for Iraq to leave Kuwait came and went, so Operation Desert Shield shifted gears to Operation Desert Storm. On Jan. 17, 1991, the United States and coalition aircraft and naval forces launched a Noah’s Ark-like barrage of death from the skies for 40 days and 40 nights.

After the initial onslaught, coalition ground forces moved in from Saudi Arabia in a famous “left hook” maneuver that embarrassed the Iraqi leadership, which was a considerable-sized force. After that initial drubbing, combat operations only took 100 hours. In that time, American and coalition forces won small unit victory after small unit victory across the battlespace.

As word of constant Iraq failures spread, the Iraqi Army began to surrender en masse. In one instance, a Pioneer drone launched from the USS Wisconsin was assessing the result of naval fire support called in from ground troops when it was spotted by Iraqi ground forces near Kuwait’s Failaka Island.

The Iraqis began to surrender to the loitering drone, hoping it wouldn’t bring with it some kind of flaming death from above that had befallen so much of the Iraqi forces in Kuwait until that moment. It was the first-ever surrender of humans to a machine and truthfully, also probably a good idea.