Why you need to understand your TSP - We Are The Mighty

Why you need to understand your TSP 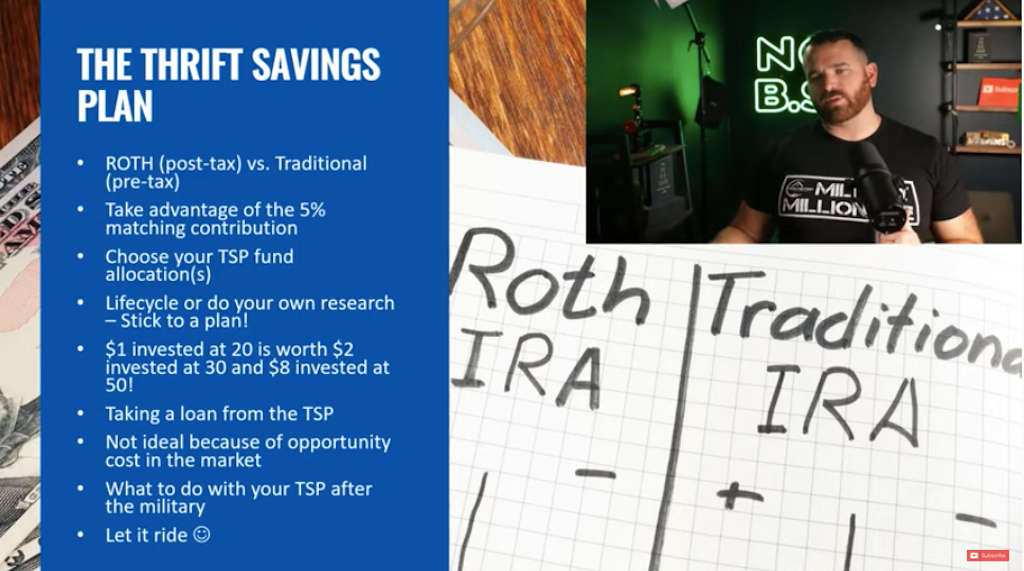 The Thrift Savings Plan is one of those military benefits that everyone knows about but not everyone takes advantage of as they should. In this episode of Military to Millionaire, former Marine David Pere breaks down the TSP and explains why it’s important

On the Roth IRA side of the TSP world, you pay the taxes upfront. You pay the taxes on the traditional IRA side when you pull your money out. Service members are generally better off going the Roth route because you’re most likely in a lower tax bracket early on than you are later. Being in a lower tax bracket means paying fewer taxes and saving money in the long run.

If you don’t want to put a lot of research into how to invest your money, choose a lifecycle fund that ends when you retire and plan to start taking out your money. This works by automatically selecting more risky investments early on. Then as you get closer to retirement, your investments become less risky. You can earn more outside of life cycle funds, but it involves researching and knowing what you’re doing.

Looking for more ways you can be financially strong? Check out what’s new on our Mighty Money page.