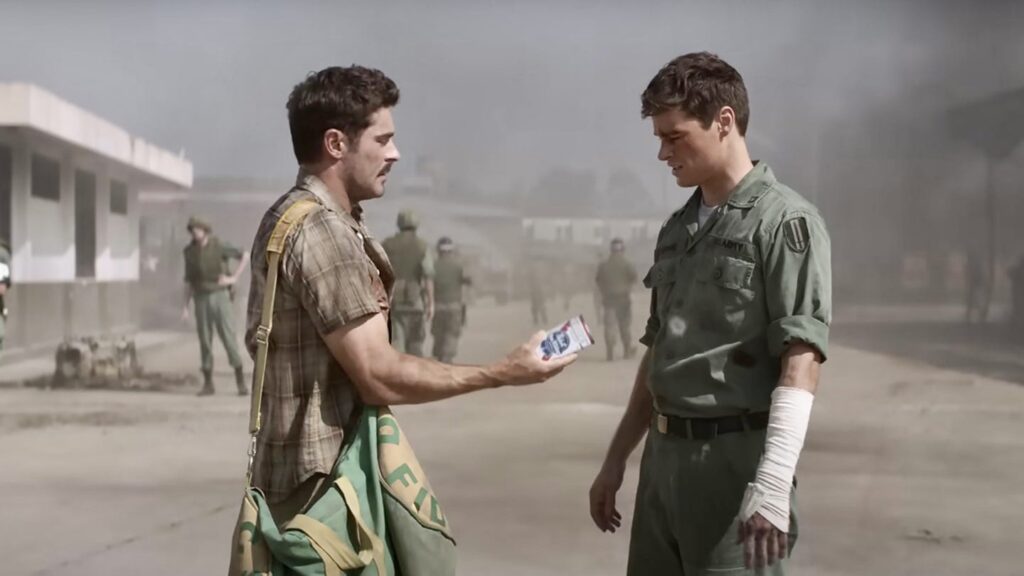 It can be easy for viewers, especially service members, to dismiss depictions of the military in media as inaccurate. “That’s not the right uniform,” or, “That’s not how we talk,” can be applied too hastily without an understanding of the context of a movie or show. In the case of The Greatest Beer Run Ever, WATM was able to speak with retired Army Special Forces Col. Hans Bush to find out just how much work went into bringing 1967 Vietnam to the screen in recounting the epic true story of a New York man who brought beers to his friends in the middle of a war.

Col. Bush enlisted in the Army as an infantryman in 1983 and took a commission in 1985. He completed Special Forces training in 1989 and was one of the first officers to come into the elite community when it transitioned from a functional area to a career branch. Bush spent the rest of his 30-year career in Special Forces serving in Panama, Haiti, Mali, Iraq, and Afghanistan. It was toward the end of his time on active duty that he was assigned to serve as the advisor on the movie Lone Survivor. That got him started as a Military Technical Advisor for Hollywood.

During his time in the Army, Bush served under Vietnam Veterans whose experiences helped him accurately consult on The Greatest Beer Run Ever. “When I went to basic training, all of my leadership, my drills, all those guys were Vietnam veterans,” he recalled. “Even when I got to Group…most of my senior enlisted and commissioned officers were still Vietnam [vets].” However, Bush’s greatest resource for consulting on the film was the man who got him the job, former Navy SEAL and Vietnam Vet Harry Humphries.

Along with his wife, Catherine, Humphries runs a company that provides movie productions with technical advisors like Bush. “He actually did a lot of the upfront work to help me, to set me up for success,” Bush said of Humphries. “In this case, in particular, his firsthand knowledge of Vietnam in 1967…it was great.” Bush worked extensively with set design, costume, props and other departments to ensure the time and places were accurately depicted in the movie. This was a priority for everyone involved. “We knew this was a period piece,” Bush noted. “This isn’t today’s all-volunteer Army.” Keeping this in mind, certain details veterans of Iraq and Afghanistan might interpret as inaccurate are actually representative of the time portrayed in the film.

One example of this is an interaction between a junior enlisted soldier and a Sergeant Major. The soldier addresses the Sergeant Major as “sarge” and then “sir.” Any soldier in uniform today will tell you that this is a great way to get smoked. But, that’s in today’s Army. The context of a draftee addressing a grizzled veteran of Korea, and probably WWII, has to be taken into account. A senior enlisted leader with a two-star Combat Infantry Badge isn’t going to sweat the little things like formality when he’s on the frontline leading a formation of draftees. Details like this interaction show just how much work Bush and the rest of the production team put into making The Greatest Beer Run Ever as accurate as possible.

In addition to military details, the rest of the film features the same level of attention, and it shows. While military vehicles, uniforms and dialogue were accurately depicted, so too were these aspects of civilians in the movie. In fact, Vietnamese expats were brought in to advise the production team on details like what women wore, how storekeepers interacted, how the signs in Saigon looked, and what daily life was like in Vietnam at the time.

With so much attention to detail put into The Greatest Beer Run Ever, Bush notes that the film’s depiction of war is honest. “This isn’t a recruitment film, but I would strongly recommend that anybody thinking about the military watch it,” Bush said. “There’s never been a good war for any soldier…and I think that’s the story that [we tell] here.” That said, Bush also emphasizes the need for brave men and women in uniform, as well as a country that supports them. “When the time for war comes, the warriors have to answer,” he said, “and thank God we’ve got men and women that answer.”

Bush has nothing but praise for everyone who worked on the film. “They didn’t just make a movie,” he said. “They put their heart and soul into an important true story to honor a guy that did an incredible thing.” The Greatest Beer Run Ever is playing in select theaters and available to stream on Apple TV+ on September 30, 2022.