WATCH: Fitness influencers take on the Marines in the Combat Fitness Test - We Are The Mighty

WATCH: Fitness influencers take on the Marines in the Combat Fitness Test 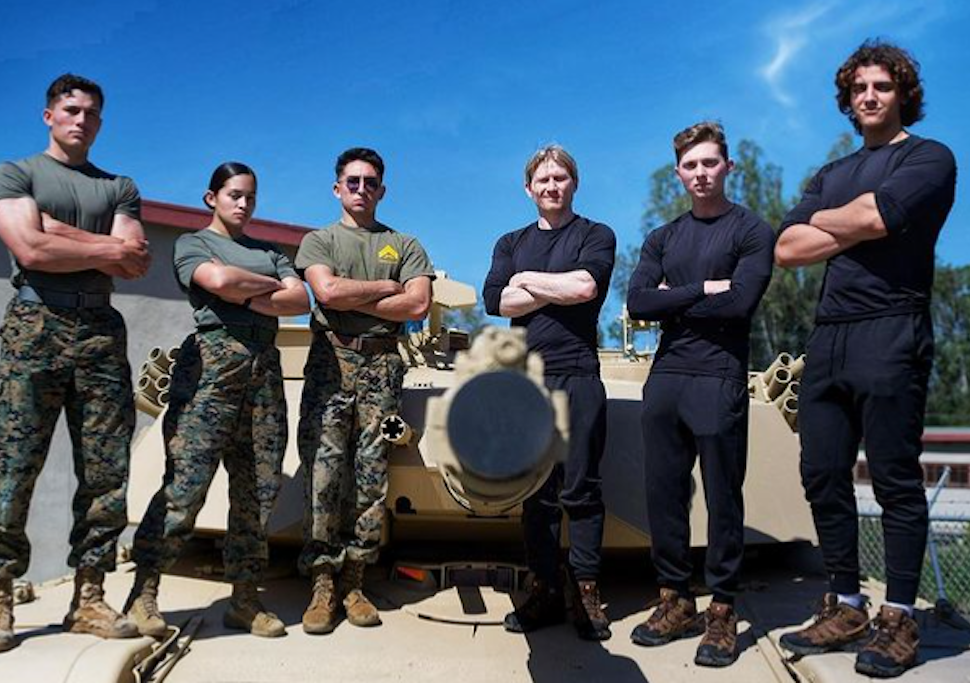 These fitness influencers cannot get enough of taking on the Marines and challenging them in a Combat Fitness Test showdown. Brandon William, Magnus Mitdbo and Adam Soaf go to Camp Pendleton to see how they stack against the Corps. Between the three influencers, they have a following of over 1.9M YouTubers, close to 440k Instagrammers and have been making videos for over 15 years.

All three have pushed their limits physically with different challenges and programs, now it is time to test their mettle against the Marines. Our match-up takes place on Marine Corps Base Camp Pendleton in the sweltering heat of SoCal.

The Marine Corps Combat Fitness Test, or CFT, measures functional fitness and simulates the demands of battle in full combat utility uniforms. The three parts of the CFT are Movement to Contact, Ammunition Lift, and Maneuver Under Fire. The Movement to Contact drill is an 880-yard sprint that mimics the stresses of running under pressure in battle. In the Ammunition Lift, Marines must lift a 30-pound ammunition can overhead until elbows lock out. The goal is to lift the can as many times as possible in a set amount of time. The Maneuver Under Fire is a 300-yard course that combines a variety of battle-related challenges, including crawls, ammunition resupply, grenade throwing, agility running, and the dragging and carrying of another Marine.

The Combat Fitness Test ensures Marines are at all times ready for the physical rigors of combat operations. Individual readiness is measured by performing a series of combat-related tasks, including:

Check out the video to see who wins! Semper Fi!

Who Is Brandon William?

Brandon is a YouTuber with 360k subscribers and is obsessed with fitness. His transformation videos have amassed over 35 million views and have been featured in Men’s Health multiple times. He has a passion for helping others become the best versions of themselves and has done so through his multiple transformation videos on his channel. William struggled for years to build muscle and strength but after a lot of trial and error as well as guidance from the top trainers in varying fitness fields, he has finally figured out the secret to getting in shape through the power of weights and calisthenics.

Magnus Midtbø was born and raised in Bergen, but has lived in Oslo, Norway the past few years.

Twenty years ago he “accidentally” tried climbing for the first time. It immediately showed him that it was what he wanted to devote his life to. It became an all-consuming passion and later work of living. Being able to make a living out of what you love the most, is a dream come true, says Magnus. He has competed both nationally and internationally since he started his career.

Who is Adam Soaf?

Adam Soaf is a bodybuilding influencer. He recently teamed up with Brandon Williams to do the U.S. Olympic gymnastics strength test.