Everything you need to know about all those Marvel announcements 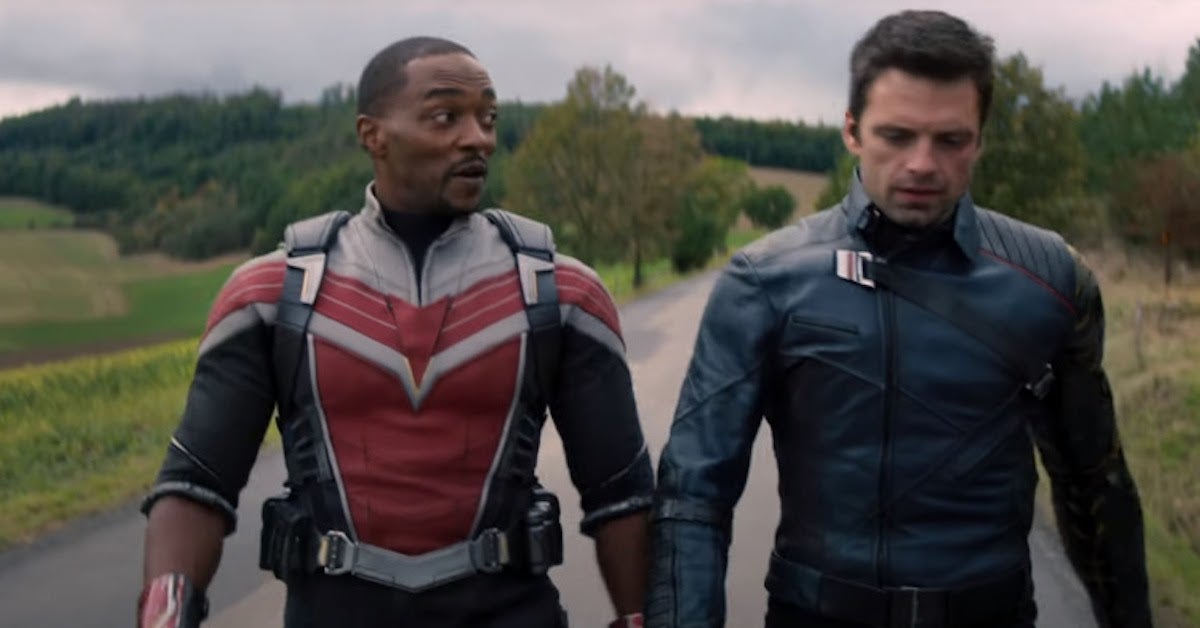 “It was inevitable.” After breaking the internet with a twitter storm of announcements, Disney finally dropped the next projects coming from the Marvel Cinematic Universe. Phase Three wrapped itself up with Avengers: Endgame and Spider-Man: Far from Home and now, my friends, it’s time for Phase Four.

Marvel has been teasing its unusual launch into Disney+ streaming series, which will begin with WandaVision on Jan. 15, 2021. On Dec. 10, Marvel Studios released a second trailer for the show, which places Elizabeth Olsen’s Scarlet Witch in some kind of alternate dimension that opens in a 50s sitcom and progresses through the next few decades. The fate of Vision seems sealed after Avengers: Infinity Wars, but Wanda is set to make a showing in Doctor Strange in the Multiverse of Madness.

2. Doctor Strange and the Multiverse of Madness

Set to debut on March 25, 2022, Benedict Cumberbatch’s Doctor Strange will return to the big screen alongside an incredible cast that includes Rachel McAdams, Chiwetel Ejiofor, and Xochitl Gomez, who will play America Chavez, a new fan-favorite from the comics.

3. The Falcon and the Winter Soldier

Bucky Barnes and Sam Wilson finally have a fun trailer for fans to enjoy. It has some banter, some levity, and its own take on a canyon flight sequence. At the end of Avengers: Endgame, Captain Steve Rogers gave the mantle of Captain America to Sam Wilson, who must now learn how to carry its legacy. Meanwhile, Barnes is fresh out of therapy in Wakanda and ready for adventures with his new buddy.

Originally set to premiere in the summer of 2020, Black Widow is now set to be released on May 7, 2021. There are a few MCU pieces that feature heroes who have since died in the timeline, and Black Widow is one of them. When we first met Natasha Romanoff, she had “red in her ledger” and was trying to make her past right. In sacrificing herself for her friend, and for everyone Thanos snapped out of existence, she did just that.

Now, her feature film will give us a little more insight into that ledger of hers.

Loki is another character who was killed in the Infinity Wars; a trickster demi-god who wormed his way into our hearts…and then stole the Tesseract in an alternate timeline and ended up…well…in his own series coming to Disney+ in May 2021.

“Why stop at one world when we can show you all of them?” asks Yondu Udonta, the adoptive father of Peter Quill aka Star-Lord aka Chris Pratt in Guardians of the Galaxy. What If…? Will explore alternate Marvel Cinematic Universes where one tiny thing changed the whole world. “For instance, what if it was Peggy Carter who received the Super Soldier Serum instead of Steve Rogers? What if T’Challa traveled the galaxy as a young boy with space outlaw Yondu and was the man who became Starlord?” poses Polygon.

Of all the trailers and announcements Disney dropped this week, this one has the most amount of Easter Eggs to look for.

7. Shang-Chi and the Legend of the Ten Rings

Shang-Chi is an incredibly advanced martial artist with proficiencies in many different weapon types. In the comics, he also has the ability to duplicate himself, leading him on a path to the Avenger Initiative. Simu Liu (Blood and Water) plays the titular character in the film, which is now set to be released on July 9, 2021.

“Ms. Marvel is a new kind of superhero but at the core of it, she’s so universal,” observed Bisha K. Ali, the showrunner and head writer for Ms. Marvel. Played by Iman Vellani, Kamala Khan is a Muslim Pakistani-American teenager from New Jersey with latent Inhuman lineage. The series will follow the young superhero-to-be as she transforms with her powers.

Iman Vellani will reprise her role as Kamala Kahn in Captain Marvel 2, directed by Nia DaCosta (Little Woods). Here’s what we know about the film so far: ummmm not much. Brie Larson will return and Teyonah Parris will reprise her upcoming WandaVision role of a grown-up Monica Rambeau, the child of Carol Danvers’ best friend and wingwoman.

Eternals is going to be a fun one to look out for. Not only is the cast fantastic (an MCU standard at this point — major props to Sarah Finn Casting) but the director Chloé Zhao is fresh off a successful critical run of Nomadland so we can expect great things from her. According to Marvel, this film will “feature an exciting new team of Super Heroes in the Marvel Cinematic Universe, ancient aliens who have been living on Earth in secret for thousands of years. Following the events of Avengers: Endgame, an unexpected tragedy forces them out of the shadows to reunite against mankind’s most ancient enemy, the Deviants.”

Hawkeye is cool but are you familiar with Kate Bishop? Hailee Steinfeld will make her Marvel debut as the fan-favorite superhero. We’ve seen images of Hawkeye in production and we know it’s set to release in late 2021, but other than that, the show is pretty much a mystery.

Tatiana Maslany (Orphan Black) will officially portray Jennifer Walters/She-Hulk and Mark Ruffalo will join her as the Hulk. Directed by Kat Coiro and Anu Valia with Jessica Gao listed as the head-writer, She-Hulk definitely makes it clear that Marvel is getting the message that women want to tell women’s stories. Can’t wait to see this one.

Moon Knight is another grittier Marvel character. Marc Spector struggles with multiple personalities and amoral inclinations — this makes sense given that he’s also a U.S. Marine (wink). In the comics he was also a CIA operative before turning to a mercenary path that would lead him to his dark alias.

Marvel wasn’t done yet. With not much more information than a title announcement and maybe some cast members, here are some more projects we can see down the line from the MCU: Secrete Invasion, starring Samuel L. Jackson’s Nick Fury and Ben Mendelsohn’s Skrull Talos; Ironheart, a story about the inventor Riri Williams, whose suit of armor might even compete with Iron Man’s; Armor Wars, starring Don Cheadle’s James Rhodes aka War Machine; I Am Groot, an original series of shorts starring Baby Groot and several “new and unusual characters;” Thor: God of Love and Thunder just announced its new villain: Gorr the God Butcher — and don’t forget that Natalie Portman is slated to play Lady Thor; Blade, a new feature film about the daywalking vampire slayer played by Mahershala Ali; Ant-Man and the Wasp: Quantumania, starring Paul Rudd, Evangeline Lilly, Michael Douglas, Michelle Pfeiffer, Kathryn Newton as Cassie Lang, and Jonathan Majors as Kang the Conqueror; Black Panther 2, which will explore the world of Wakanda without recasting the role of T’Challa, played by the late and remarkable Chadwick Boseman; Fantastic Four — yes, another one.

And last but not least, it’s true: there will be a Guardians of the Galaxy Holiday Special directed by James Gunn. Because why the hell not?