Love conquered all for this World War II ‘War Bride’ 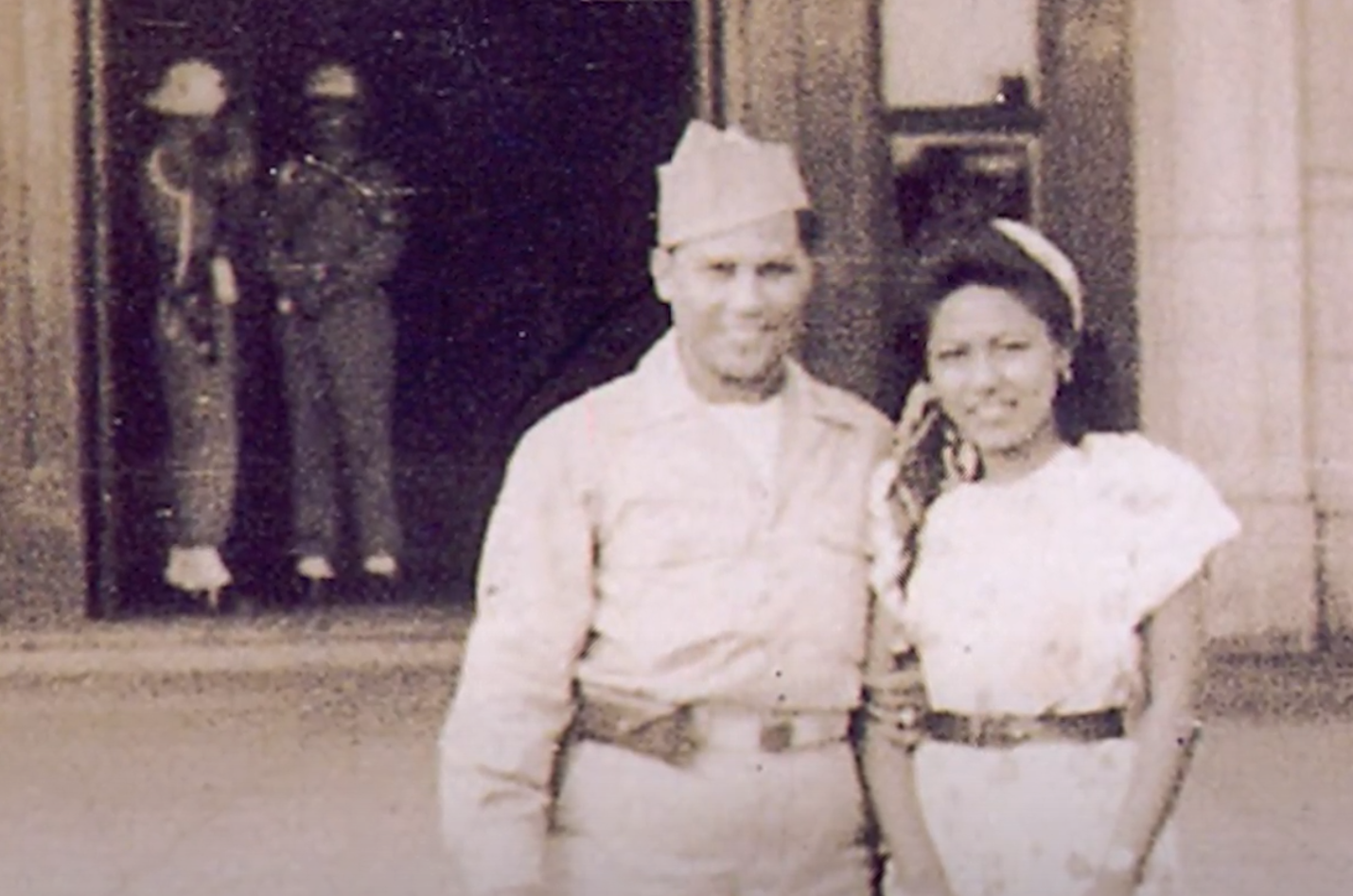 My full name is Antonina, but I go by Nina. I’m 92, almost 92 and a half. I was born in Manila and we lived in a compound where the superintendent of city schools also lived. There were several American teachers and their families in that compound, so we were speaking English a lot.

Growing up wasn’t easy, because the war broke out when I was in seventh grade. They had sentry boxes every few miles, and everyone who passed by had to bow. And if you didn’t bow correctly, they’d slap you. The Japanese would come out of the sentry box and slap you and show you that this is the way to bow to them. So my dad said, “Don’t go outside if it isn’t necessary.”

During the war, our house was burned down and we had run for our lives because the Japanese were trying to kill as many civilians as they could while the American soldiers were pursuing them. We tried to shelter in one of the burned-out houses, and we went under the foundations to try to hide. But before that, we had to cross a big wall. It took me a long time to get in through the passage, and a Japanese soldier came over to me and poked me in the back with his bayonet. That’s why even now, I don’t want anyone touching me from the back. It has remained with me. I was so scared. I was 13, 14 at that time.

That night we could hear the Japanese yelling and running and then at around 2 or 3 o’clock when it started getting light, I saw a pair of feet. I knew that the Japanese did not have boots like that. And then after a while, I said, “Oh my God, these are different. These are big feet.” One of the soldiers bent down and said, “Oh, hello there.” When he said “hello,” I knew he was an American!

He told us we were in the firing line and to go as far back as we could. I was so excited. I said, “The Americans are here!” While I was running I looked down, and I didn’t realize that I was running over dead bodies. I said, “Please help me, dear God, help me.” I couldn’t walk anymore because I saw so many of them. And I was in the midst of them. Dead people. That was terrible. I still occasionally dream of that, and then I can’t sleep.

Eventually, we were able to get to a Red Cross station. They were standing there serving cookies and food, so we grabbed some and ate like there was no tomorrow. Thank God we didn’t get sick when we ate, especially me!

It was in early 1945 that I met my husband. We hadn’t seen the ocean for three years, so my sister said, “Let’s go and see how the beach is.” That was where we met a few soldiers, and my sister said to me, “Don’t say anything. I’ll do the talking!”

They introduced themselves and said they were Filipinos from the United States, and they said that they wanted to meet some of the Ilocano, which is my parents’ language and dialect.

They asked, “Would you like some candy?” Well, God, due to the war I hadn’t tasted candy for years! So they gave us some Hershey’s candies, and that’s why some of the war brides call me “Hershey Girl!”

A month after that I met my husband, in May 1945. I didn’t know who he was at that time, but he walked in singing “Sleepy Lagoon.” My sister said, “Oh, he has a beautiful voice.” I said, “No, he can’t sing!”. He was a Filipino man in the U.S. Army and could speak the same dialect that my parents spoke. He was very nice and polite, and they liked him.

We married on December 2, 1945. It was in a small church, and I wore a short dress that my friend made for me. We didn’t have buttons, so she found what looked like little pebbles that she covered to make the buttons. We didn’t have zippers or anything like that, so it was buttons all the way down the back. Another friend had found an old Communion veil that her daughter wore, and they made that into my little veil.

When my husband finished his tour of duty in Japan, we came home to the United States. I had two children at that point, who were both born in Tokyo. In Tokyo, my children learned to speak a bit of Japanese, and I couldn’t understand them. They would come home and tell me things in Japanese, and I would say, “Just speak in English. I don’t understand Japanese!” They would laugh. They had such fun doing it.

When we came to America, we arrived in San Francisco. I was seasick the whole time, so I was anxious to get off the ship. But we sailed under the Golden Gate Bridge at night, and it was all lit up, and it was just beautiful. The first thing that struck me about San Francisco was the cars. There were so many cars! They were just whizzing by. In Japan, there were not many cars around. Usually, the soldiers were the ones who had cars — and some of the richer Japanese people — but the Japanese tended to rely on streetcars and the subway. It was 1954, and San Francisco seemed so bright and crowded.

The way people spoke in America was also very different. In Japan they don’t speak slang, and it took me a while to understand American lingo. My husband eventually found a job in Los Gatos, California, for the Sisters of the Holy Names of Jesus and Mary. He worked for them as a second cook, and they provided us with a home.

Los Gatos was a very small town at that time. There were barely 5,000 people living there. We were the only Filipinos in that area, and they did not know what to make of me. When I took my eldest daughter to kindergarten, the children would say, “What are you? Chinese, Native American?” And I said, “No, we’re from the Philippines!” They didn’t have any idea where that was.

I was a seamstress for the convent the whole time. I made habits out of thick wool. There was a lot of hand sewing involved, and making the skirt required about five yards alone that I had to pleat to fit each person, and it was heavy!

On the whole, people were very nice. I missed my parents, but my sister ended up coming to America as well. I get to speak Ilocano with her still, which is nice because I haven’t been back to the Philippines since 1950. It was too expensive to travel back when I first came to America. I regret that, though. I don’t know if I’m strong enough to travel now.

For me, America hasn’t really changed from the time when I first arrived, because the way people of color are being treated now seems to be the same as when I first got here.

My advice for young people moving to another culture or country is: Love conquers all. That’s my philosophy. I loved my husband and he loved me, too. He took good care of me. I miss him so much. We were married almost 57 years. It was fun to hear him sing.