New WWII thriller explores what it means to be human 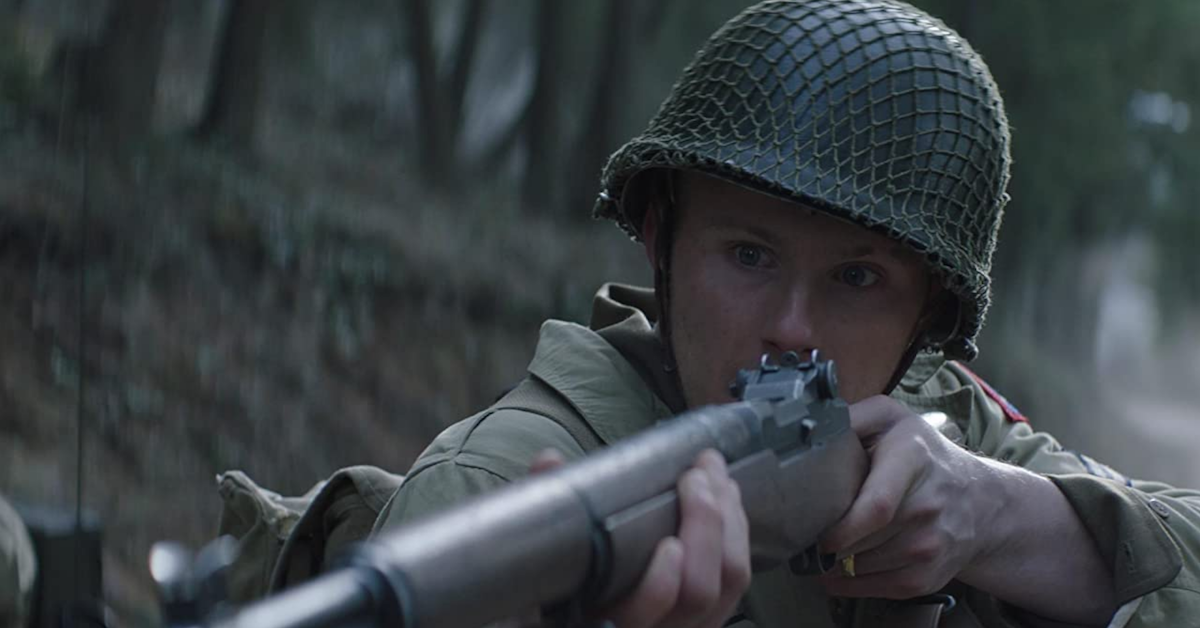 In the fog of war, service members are forced to make decisions that will haunt them for the rest of their lives. Some decisions are based on actionable intelligence, and others are based on gut intuition; ultimately, anyone who deploys and sees combat will come up against the question of whether or not they’re making the right decision.

Recon, Robert Port’s latest film, explores just that. Stationed in Italy during the middle of WWII, Recon follows four American soldiers over a day as they’re ordered out on patrol on what might be a suicide mission. The men witness their sergeant kill a local right before they’re ordered out on patrol, so none of the foursome know if they’re being sent out to perish or succeed.

Unlike other war movies that explore the external motivating forces that drive the plot, Recon examines the internal challenges that deployed soldiers come up against. Recon is based on the 2010 novel Peace, written by Air Force veteran Richard Bausch.

The film initially premiered at the Austin Film Festival last year. Despite its relatively low budget, Recon features some impressive production values. Most surprisingly, the entire film was shot in Canada – a fact that’s not obvious since the entire film takes place in a wintry forest.

So, what makes Recon different than all the other WWII movies out there?

In an interview with WATM, Port noted that Recon isn’t just a film for WWII veterans – it’s a film for all veterans. It’s also a film that asks much of its viewers – namely how to be empathetic toward America’s veterans. He wants the viewers of Recon to question their morality and mortality, just as the film’s characters do.

“What’s something I should do the next time I see a veteran? What’s it like to walk in their shoes? It’s easy for us to judge, but unless we were there, we don’t know,” said Port.

That’s something Port spent his life trying to imagine. After narrowly escaping Hitler’s invasion, Port’s grandfather came to America and then enlisted in the military to fight in Europe.

“He never talked, as many of the greatest generation don’t do, about the actual killing. Instead, he talked about how human beings needed to look out for one another,” said Port, noting that that’s a commonality that all veterans share.

It’s a question that Port has spent much of his life trying to answer, so when the opportunity came to work on the film, he jumped at the chance. Port hopes that his audience will watch Recon and then explore how they can give back to the veteran community.

In an interview with WATM, the film’s star Alexander Ludwig, of Vikings, said that working with a script where the main character was driven by internal forces rather than external obligations was life-changing.

“For me, that really helped me get into the psyche of what it would be like to be someone in 1944 in Italy and deal with the psychological and physical trauma they had to endure,” Ludwig said.

Aware of his ability to go back to his hotel room each night after filming, Ludwig said he still isn’t sure how the WWII soldiers endured.

“I can’t even say I know what it’s like to go through anything like that. It was one of the hardest things I’ve ever done and I’m so grateful to be able to share this wonderful story with the world,” Ludwig added.