Most preferred beers consumed by American troops - We Are The Mighty 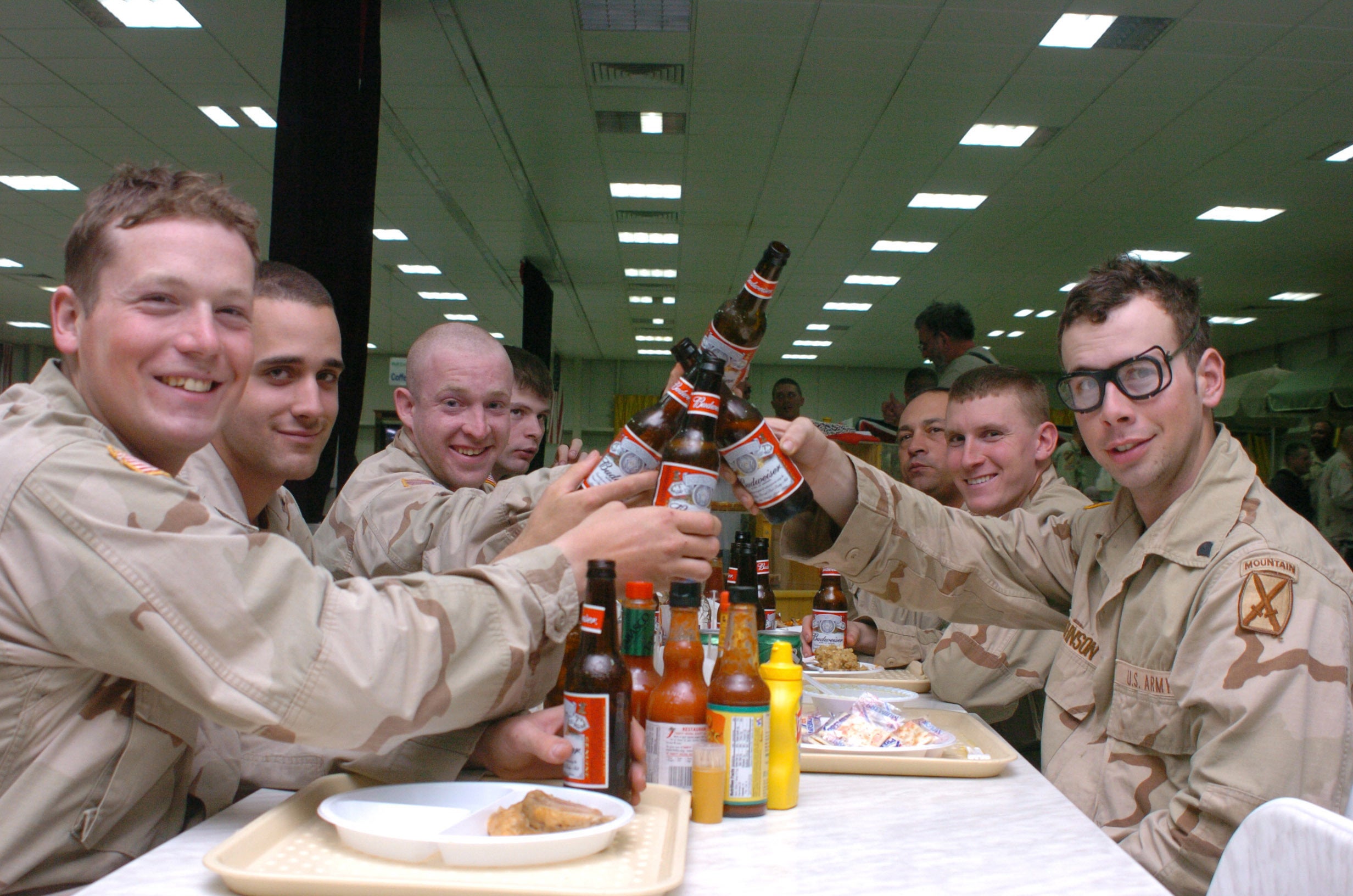 One of the most cited facts in the military is the knowledge that the Marine Corps was born in a bar. As such, all branches of the military have traditions with roots all the way to the Revolutionary War. The legacy of beers in American history rests on the result of World War II. Around the 1880s, German immigrants flowed into New Orleans and New York seeking a better way of life. When they arrived they found that there was no beer from their homeland and they didn’t like the watered down options available at the time. Since then, America has had a love affair with alcohol, a divorce during Prohibition, and once again an infatuation after the 1950s.

Budweiser was the answer to the new immigrant’s non-alcoholic dilemma. German immigrants Adolphus Busch founded Anheuser-Busch with his wife, Lilly Anheuser. Lilly’s father bought out his other investors in the 1860s and was the sole owner until his son-in-law took the reins.

Budweiser, particularly Bud Light, cans be seen on the quad of bases across the nation every morning. Budweiser is as American as hazing training those boots to make a thorough police call. I can still recall the vivid memory of those sparkling blue cans on a Saturday morning.

According to Beverage Industry, Budweiser had over $6.7 Billion in 2021 across the U.S. to include military commissaries, making it the sales leader on our list.

Also known as MichUltra is another product from the Anheuser-Busch line. It showed almost half the earnings as Bud with $3.3 billion but it has shown an increase in sales of 2.8% over the past year. Michelob Ultra is consumed mostly in the North East commanding 11.3% of the market share of beer. However, New York’s most popular beer is spreading to Texas, Florida and California too.

One of the most iconic breakthroughs in the name of beer was made by Coors when they introduced the Blue Mountains that indicate your beer is cold enough by changing colors. When I was in the barracks we just wanted something cold. The blue mountains are a great marketing gimmick that actually works.

I remember picking a Coors instead of other beers in the freezer because I knew it was cold at a glance. This beer comes third in sales with $2.6 billion in sales due to it’s high sales in Michigan, New York, and of course, Colorado.

This is one of my personal favorites and one I discovered on Camp Lejeune, North Carolina. Regardless of Yuengling’s lower earnings at $376 million, it is one of the most common beers I have seen in my experience.

Anheuser-Bush is arguably the biggest brewery controlling the word’s market share. However, an imported beer from Belgium is crawling it’s way up many lists. According to Statistia.com people who have tried Stella are 26% more likely to order it again which translates to 86% of their drinkers show ‘brand loyalty’. The drink itself is tasty, I’m not going to lie, it is one of my favorites and I discovered her on base as well. People change, their tastes change. Stella is for when you feel like you’ve graduated from shot gunning a Bud Light can before chucking it at the newest boot possible.