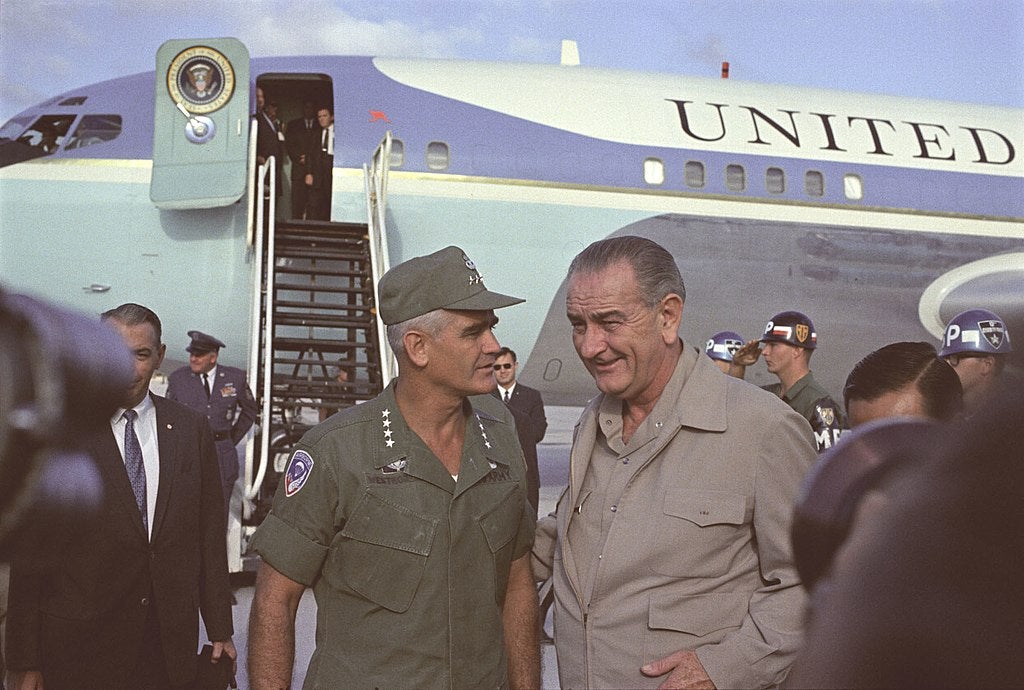 William Westmoreland and President Lyndon B. Johnson at Cam Ranh Air Base, 23 December 1967.

Military documents have been recording the brutality of war conflict between armed forces since the beginning of the motion picture history, when a movie firm owned by Thomas Edison created educational films in 1898 on the Spanish-American War. Since then, military stories have explored the themes of survival, humankind’s inhumanity, solidarity, sacrifice, the social turmoil from the war on society and the ethical and moral controversies at home and abroad.

Without a doubt, it has been an uphill task to narrate the story of military war accurately. Fortunately, documentarians and historians have obtained more access to different archives, materials and information from conquered nations and other participants in the conflicts, which significantly offered extensive content and insight into the impact of a military war on nations.

Still, there are some simple ways to stream quality military documentaries you have been meaning to indulge in and expand your mind with military history.

History Vault is recognized as the home for military documentaries, where you can immerse yourself in discovering the military history channels, documentaries, and programs all in one stream service at an affordable monthly package.

Rest assured that History Vault is the answer when you want to stream anything, as it has numerous top-notch quality military documentaries. Additionally, it is available on multiple platforms since it hosts a mammoth of original shows and series.

The only downside of this streaming service is that it is only available in the United States, and it does not allow you to download videos where you can view them offline on Android devices. Also, you might want to include parental guidance to your kids who may be under the age of 18 since there are no age limitations.

Here, you will discover good, original content regarding political and military documentaries. The famous film by Peter Davis, known as Hearts and Minds, was an exceptional film that brought the United States forward to explain its involvement in Vietnam by calling upon newsreels and interviews.

Undoubtedly, almost everyone is familiar with this streaming service that has a 4.5-star outstanding rating that sells itself. Netflix has a stellar reputation for a wonderful line-up of famous military documentaries made by popular filmmakers extensively exploring the military.

Additionally, Netflix offers a vast range of documentaries on other different but related topics. Nevertheless, it shines with its fantastic choice of military documentaries. Some of the best military documentaries shown on Netflix that are worth your time include World War II (in color), The Vietnam War, Medal of Honor, Nai Concentration Camps and Dying to Tell.

Dying to Tell is an Emmy Award-Winning documentary that provides a fascinating insight into how the reporting job has on the military reporter’s lives where some were kidnapped, severely tortured, or killed.

Regardless of what platform you choose, you can’t go wrong with these incredible military documentaries.