'Tough as Nails' visits Camp Pendleton - We Are The Mighty 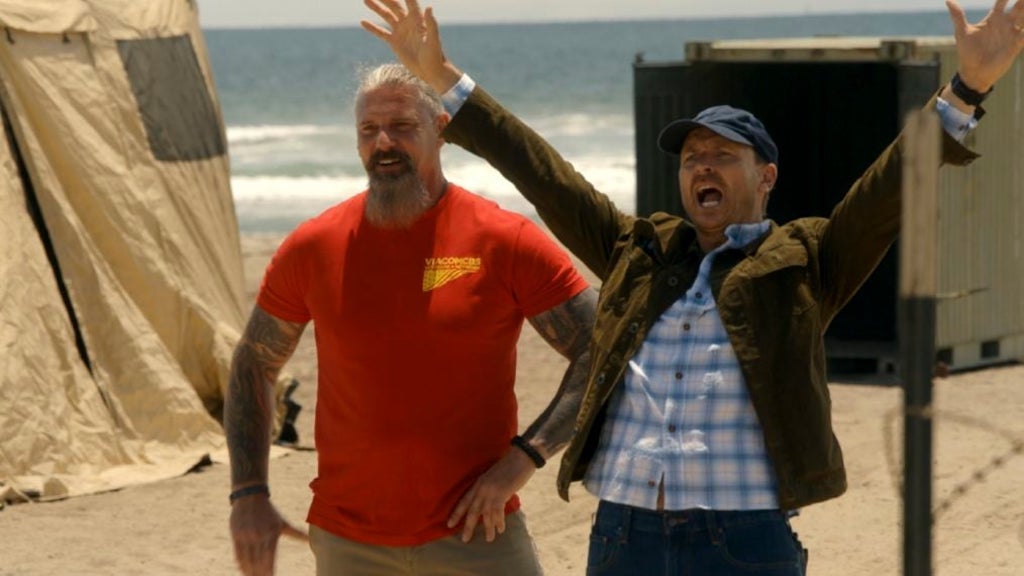 Phil Keoghan, Emmy award-winning producer, visited Camp Pendleton with his team from the show Tough as Nails to film an episode of their competition show. The show challenges working-class Americans in their physical, mental and emotional toughness through different team-building events. Keoghan felt the time was ripe to engage the Marine Corps and see how they fare in the face of his show’s competitions. Keoghan is best known as the host for the US version of The Amazing Race, which he has hosted since 2001 and now he has co-created Tough as Nails. He has won 10 Primetime Emmy’s for his relation to The Amazing Race.

Tough as Nails is a competition show with 12 contestants who are evaluated in competitions in a real-world job site setting. It has been on now for three successful seasons with 30 episodes having been produced. The tests involve a person’s strength, endurance, life skills and mental toughness. The people usually compete in six-on-six challenges, elimination battles and individual challenges. Once a contestant loses, they still stay in the competition with the opportunity to win more prizes, which is markedly different than most other reality competition shows. The winning team gets $12,000 and also earns the Badge of Honor as a team. The team that wins the badges by the end of the season receives a final cash bonus of $60,000. There is an episode where the individual competitors are placed against each other to attempt to win the grand prize, which is $200,000 and a Ford Super Duty truck.

A few interesting aspects of the competitions include an Overtime session, which is for low performers in each individual challenge. Going into Overtime is their final chance and competition where the loser in this round is gone for good. Guess no Ford Truck for them, only a Yugo or maybe a Ford Fiesta. The show has been on now at CBS for three seasons, which is 10 episodes per season. Phil is an executive producer on the show with his wife Louise. The show has been renewed for an additional two seasons with the fifth season renewal coming on March 9, 2022. The first episode of season three at the Marine base is aptly titled Ready for Battle. Other perfectly named episodes of season three include Fight Tooth and Nail, Mud and Mayhem and Battle Lines.

The filming of the show was facilitated by the Entertainment Media Liaison Office, which handles the Marine Corps in Hollywood and is stationed at Camp Pendleton. Keoghan had special plans and wanted to honor service members, so they chose to kick off the season at Camp Pendleton for some fun and competition in the Southern California sun. Check out the show and series as it has an uplifting message of overcoming the odds and doing your best no matter what!