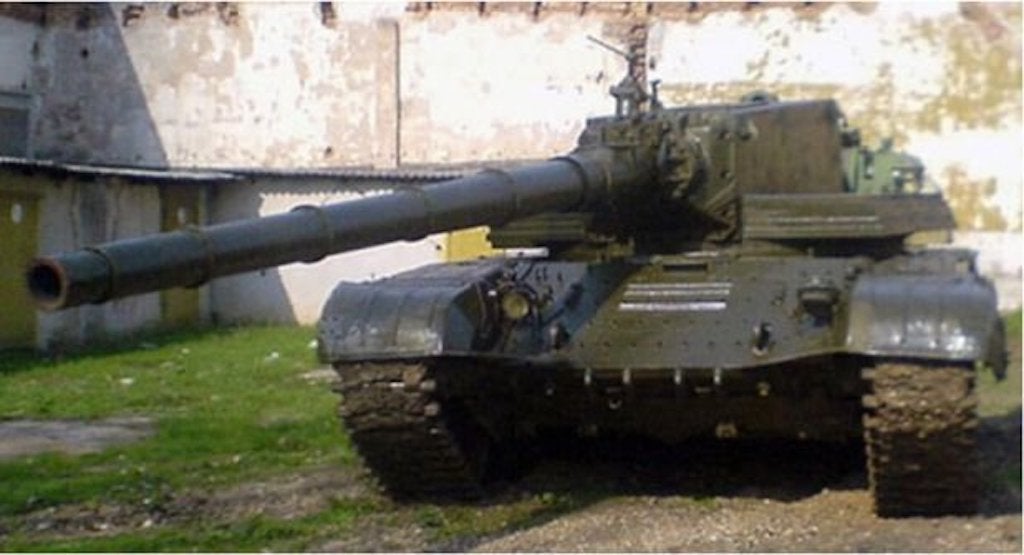 Even before the United States military first drove the M1 Abrams tank off the assembly line, the Soviet Union was already thinking about how to counter it. The Communists may not have known much about the new tank design, but after decades of tank supremacy in the arms race, they didn’t want to fall behind.

The M1 Abrams main battle tank first appeared in 1980, but the Soviets began developing its counter tank in 1975. At the time, the United States fielded the M60, a kind of upgrade to the M48 Patton tank. The Soviets had already developed main battle tank innovations like composite armor and advanced cannons on its T-80 tanks and expected the U.S. would upgrade both in its next main battle tank.

They were right. The Americans not only developed composite armor for the new M1 tank, they upgraded its cannon to counter the latest Soviet-made tank. In order to maintain its tank advantage on a potential battlefield, the USSR needed an equalizer to match the U.S. Army’s latest innovations.

Soviet designers began to develop a tank that focused on crew safety and production efficiency, creating a tank that was survivable in combat while using the fewest number of crewmembers and parts.

The new design was called Object 477 Molot – “Hammer” – and it was an ambitious program. It featured a 152 mm smoothbore cannon with multiple autoloaders that would retrieve ammunition from within the hull and load the main gun. By the time the prototype was finished in 1987, it could fire at a rate of 14 rounds per minute, even though its modules contained a maximum of 12 rounds each. The turret was entirely unmanned, with its crew seated inside the hull.

That cannon would mean certain death for every tank that existed at the time, even tanks that were currently in development, like the M1 Abrams. Unfortunately for the Soviets, their new, top-secret tank design would not be fielded before the Soviet Union collapsed on itself.

It was because Molot had a number of issues remaining, even after the prototype was built. The biggest problem with the design is that it weighed entirely too much and cost an enormous amount of money to produce, at a time when the Soviet Union was strapped for cash. Changes in armor alloys, using titanium and aluminum might have helped with the weight of the beast, but did nothing for the production costs.

Moreover, the automated turret design required electronics the Soviet Union had but was unable to procure due to production backlogs. Thermal imaging and advanced sight complexes were technology the USSR had already developed but was not available to integrate into the initial prototype.

Development of Object 477 wasn’t a completely wasted effort, however. Just because it wasn’t completed in time for the Soviet Union to integrate it doesn’t mean the lessons learned and technology developed in support of the main battle tank were rendered useless. Much of what Soviet engineers learned in the production of Molot would be featured in future designs, such as the current T-14 Armata main battle tank.

After a few iterations and cancellations of battle tank programs, such as the T-90 and T-95, Russian weapons manufacturers created the Armata. It didn’t feature the massive 152mm cannon, but it still had a number of developments that meant safety for the crew, advanced technology and a weight less than the M1 Abrams.