This cannon has been in service since WWII 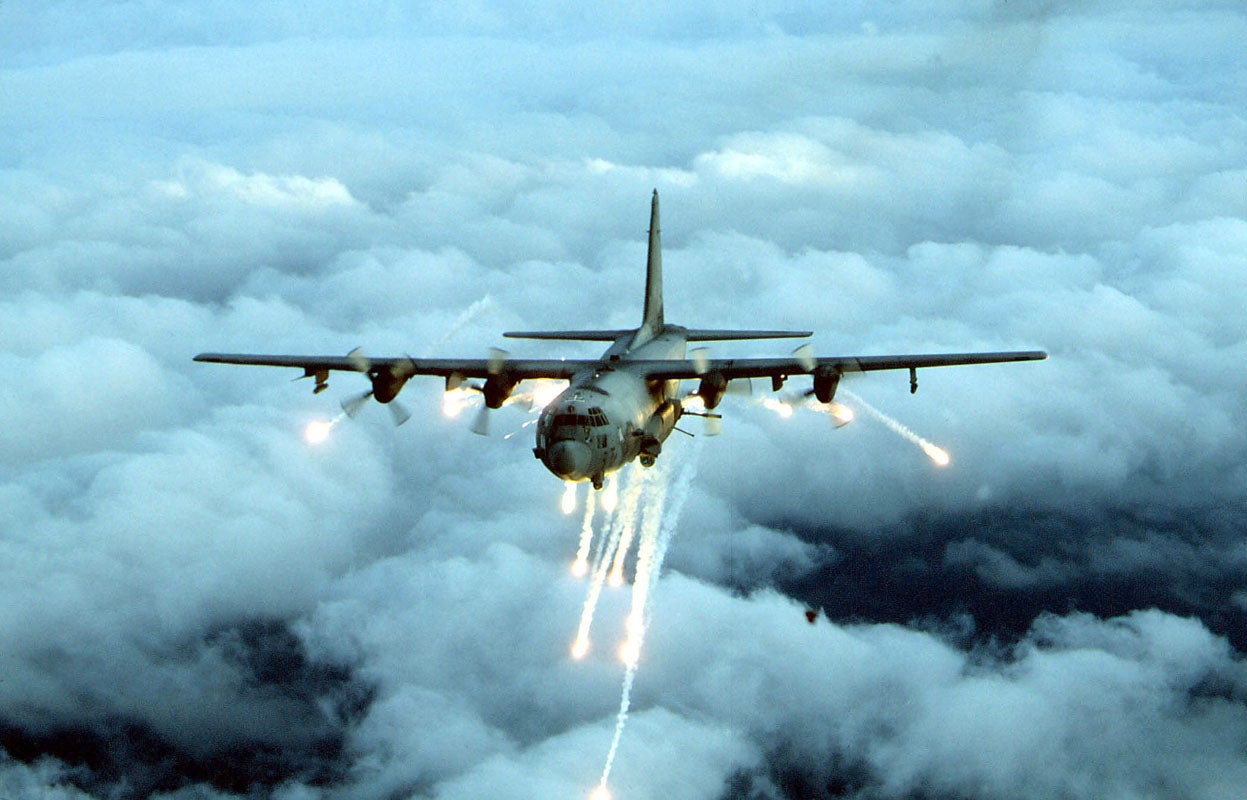 When it comes to weapons, some are just too good to retire. The Ka-Bar knife, Browning M2 .50-cal machine gun and Colt M1911 .45 ACP have all been in service since WWII and even WWI in the case of the 1911. When it comes to bigger weapons, one cannon in particular stands out.

The Bofors 40 mm gun was designed in the 1930s by the Swedish company AB Bofors. The company specializes in artillery and traces its history back to 1646. Although the German company Krupp purchased a one-third share in Bofors prior to WWII, the Swedes kept the 40 mm project a secret from them. This kept the gun out of German hands and gave the Allies an edge in WWII.

The gun was designed as an anti-aircraft gun but proved effective against smaller ships as well. Although it initially saw limited use with the Swedish Navy, the Bofors 40 mm saw wider use with the Dutch Navy who placed it on their destroyers. Other navies saw the versatility of the gun and followed suit including Argentina, Poland and even the gun’s native Sweden. A towed land-based version was also adopted by Poland, Norway, Finland and again, Sweden.

Crucially, both the U.S. and U.K. adopted the Bofors 40 mm as one of their primary anti-aircraft guns leading up to WWII. The British placed it on ships, towed mounts, self-propelled systems, and even experimented putting it on the Crusader tank. In the U.S., Chrysler built 60,000 guns and 120,000 barrels under license during the war. Twelve Chrysler factories and 2,000 subcontractors in 330 cities were needed to meet the Army and Navy’s demands for Bofors 40 mm guns.

Like the Brits, America used the gun as its primary land and sea-based anti-aircraft gun. The Army mounted a twin mount version of the Bofors on the M24 Chaffee light tank to create the M19 Gun Motor Carriage. The Navy was so pleased with the gun they would telegraph Chrysler with the serial numbers of guns when they shot down enemy aircraft.

After WWII, the Navy continued to use the Bofors 40 mm into the Korean War. It stayed on Inactive Reserve fleet ships into the 1970s. In the 1950s, the Army took the twin mount Bofors from the M19 and placed it on the M41 Walker Bulldog light tank to create the M42 Duster self-propelled anti-aircraft gun. The Duster saw heavy use in Vietnam as a direct fire support weapon and remained in service with the National Guard until 1988. However, it’s the Air Force that continues to employ the Bofors 40 mm in the 21st century.

The AC-130 gunship is one of the deadliest weapons in the U.S. military. Developed from the AC-47 Dragon, the AC-130 is a C-130 cargo plane equipped with side-firing guns. The first AC-130A Project Gunship II was equipped only with 7.62 mm GAU-2/A miniguns and 20 mm M61 Vulcan rotary cannons. However, its successors, including the widely used AC-130H Spectre and AC-130U Spooky II have adopted the L/60 variant of the Bofors 40 mm cannon.

The AC-130 has seen extensive combat use in Afghanistan where its airborne firepower is a welcome sight to US ground troops. Although it’s also equipped with a much larger 105 mm howitzer, the accuracy of the Bofors 40 mm makes it a favorite of AC-130 operators. “This is our most accurate weapon,” said Air Force Maj. Smith on the Bofors 40 mm. “Because of its low collateral damage, it’s the one we get to fire the most in combat.”

In the late 2000s, the Air Force considered replacing the Bofors 40 mm and 20 mm M61 Vulcans on its AC-130 fleet with 30 mm autocannons. However, both guns remain in service to this day. Although the latest AC-130W Stinger II and AC-130J Ghostrider gunships omit the Bofors and Vulcan for a 30 mm autocannon, the AC-130H Spectre and AC-130U Spooky II gunships continue to fly with their Bofors 40 mm guns ready to deliver precise and deadly fire from the sky.