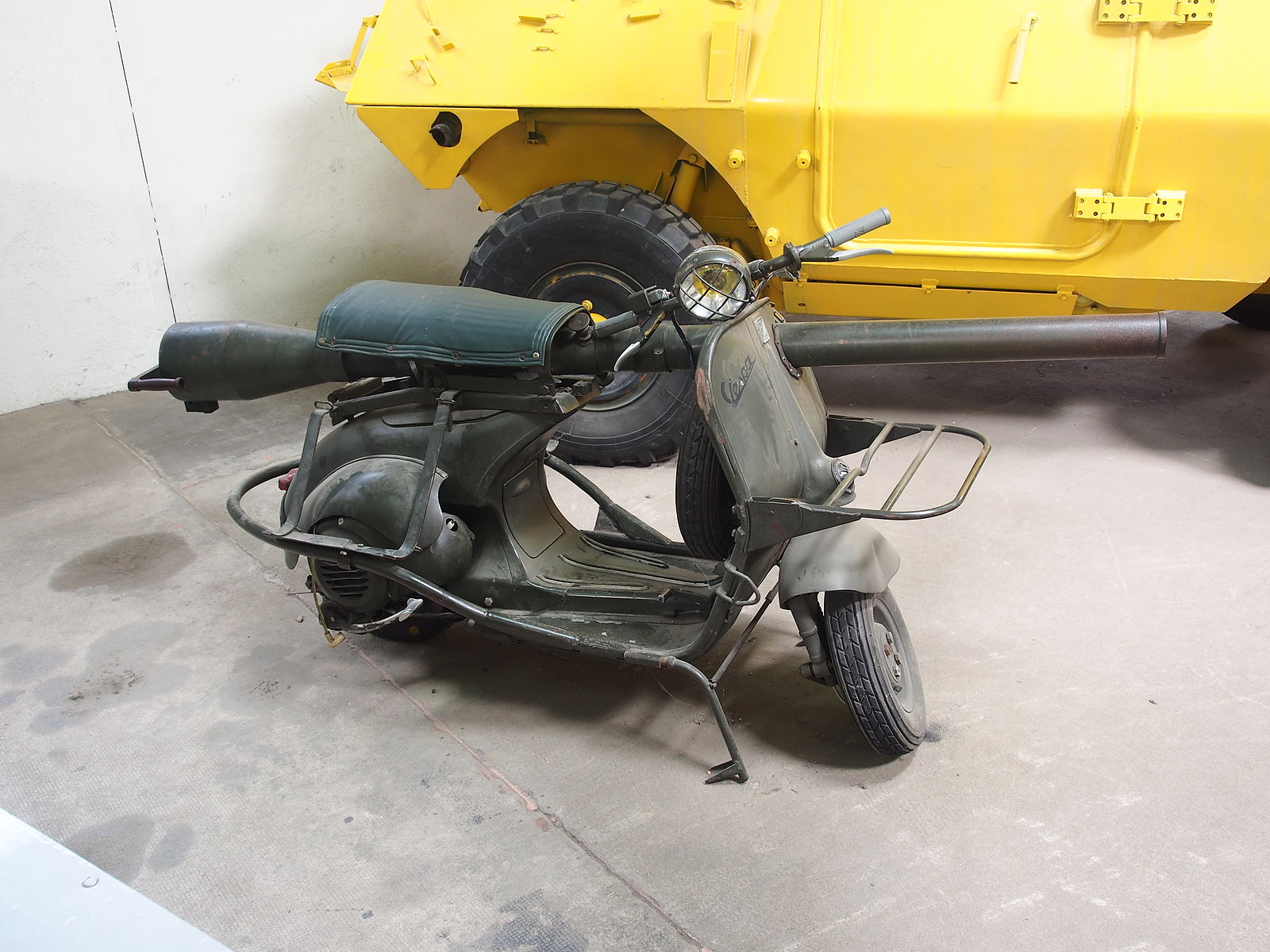 The Cold War was a great time for weapons manufacturers. It seems like almost everything was fair game to be weaponized, and nothing seemed out of bounds. The CIA weaponized everything from cars to cats.

But the Americans weren’t alone in their planning to fight World War III with a variety of unique weapons. Our French allies were in on the game too. And nothing could be more stereotypically French than a bazooka-armed Vespa, which seems like something more out of the movie “Roman Holiday” than the 1944 capture of Rome.

Yet, in 1950, the French military commissioned one: an anti-tank scooter that used a two-wheeled Vespa as its base model. It featured a bulletproof, reinforced frame, and an M20 75mm recoilless rifle mounted to the front.

Vespa 150 TAP scooters (also called Vespa ACMA, after the company who designed and made them, Ateliers de Construction de Motocycles et Automobiles) was designed to be a fast-moving anti-armor weapon that could be parachuted into a combat zone to support paratroopers (troupes aéroportées, hence the TAP designation).

A two-man team would be air-dropped in along with a pair of the Vespa 150 TAP motorbikes. The duo worked in concert with one another, one carrying the weapon, and the other carrying the 75mm rounds.

The Vespa was never intended to be able to actually fire the recoilless rifle while moving. The intent was for the pair to stop, unmount the rifle from its perch on the Vespa, use a machine gun mount to set up the rifle, fire, then move on. But it could be fired while moving, if necessary. Still, it was a very mobile anti-armor system.

While the weapon wasn’t as effective against heavy armor, it could still penetrate up to 100mm with high-explosive warheads. This would not be effective against the later T-72 Soviet tanks, but could still be used against T-54 and T-55 as well as the T-62 main battle tank the Soviet Union was fielding at the time.

While the combat Vespa may seem a little silly and stereotypically “French” by today’s standards, the project was actually designed to replace France’s then-current motorcycle fleet. Airborne motorbikes aren’t supposed to be heavy duty gear. Think of them more like pack animals that can be airdropped into combat and make quick runs wherever they were needed.

The French used American-made Cushman scooters to great effect during World War II. Just like the Vespa TAP, Cushman scooters were designed to be dropped with paratroopers from aircraft. Although not fitted with the same (or even similar) firepower, the Cushman line of World War II bikes were similarly lightweight but could be used to move supplies, wounded troops, and messages quickly and efficiently.

France’s new Vespa was designed to handle all of the old Cushman bike’s missions, with the added benefit of being able to potentially take down some of the enemy’s armor along the way. Best of all (for the French Army) it was entirely made and serviced in France.

The French Army eventually made more than 500 of the scooters and deployed the Vespa 150 to serve in both Algeria and in Indochina.

Anyone who might be doubting the effectiveness of the scooter in post-World War II combat (or even today) should remember that messengers on bikes was one of the means of communication used by retired Gen. Paul Van Riper to defeat the U.S. military in the 2002 Millennium Challenge exercise.

So remember the old military adage: if it’s stupid and it works, it isn’t stupid.