Details on the APC joyrider are objectively hilarious 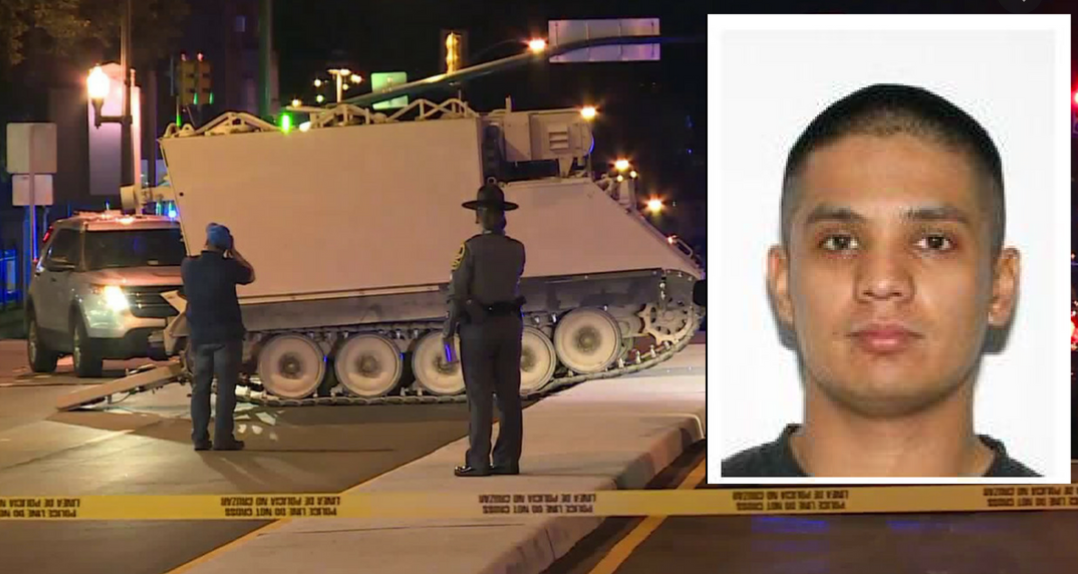 Late Tuesday night, June 5th, 2018, 1st Lt. Joshua Philip Yabut was charged with driving under the influence of drugs, felony evasion, and a felony count of unauthorized use of a military vehicle. He stands accused of stealing an M577 armored command vehicle from Fort Pickett and driving it into downtown Richmond, Virginia before surrendering to authorities.

The alleged joyride began around 7:50pm and ended at roughly 9:40pm. While these are serious crimes that will have serious consequences, the fact that there have been no reports of damage or injury to any civilians or property makes this okay to point out that this whole ordeal is actually really funny.

Yabut is the company commander of Headquarters Company, 276th Engineer Battalion and has served over 11 years in the military. He deployed to Afghanistan in 2008 with the Illinois National Guard.

This gives Yabut the perfect opportunity to not only crack jokes about him putting the “LT” in “LosT” and we’re certain that his zero-f*cks-given attitude can be traced back to his E-4 days.

Then there’s the actual act itself. The reason why many people are describing what was going on as a “joy ride” is because he was live tweeting the entire time, starting off the night with a tweet that (poetically) reads, “wutang clan ain’t nothin to f*ck wit booiiiiiiii.”

The day of, he also posted, “thinking about putting my packet in tbh.” And just a day earlier, he tweeted, “all i wanna do is get an anime wife.”

Already, there are many misconceptions floating around the case. Firstly, he was charged with driving under the influence of drugs, but it hasn’t be clarified exactly what he was on. He did have an M9 pistol, but it was his personally-owned weapon and there was no ammunition. And just to clarify things for civilians, the M577 is an armored, tracked vehicle — but it isn’t a tank.