Today in military history: USS Langley - 1st US aircraft carrier - commissioned - We Are The Mighty 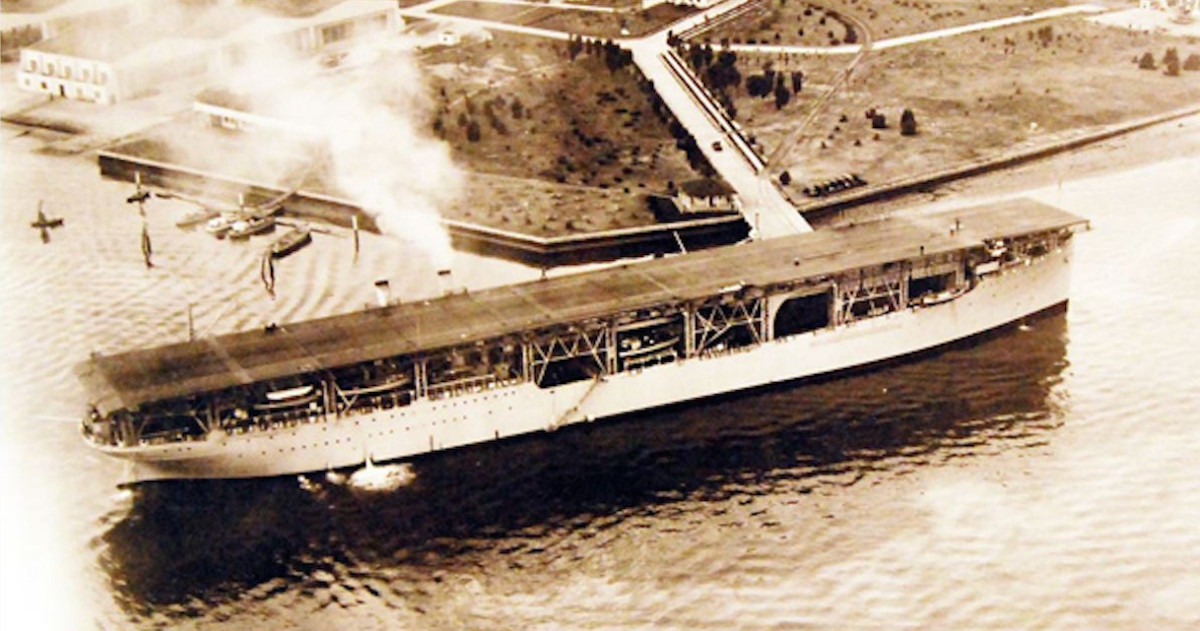 On March 20, 1920, the USS Langley was commissioned as the United States’ first aircraft carrier.

Her origins began in 1911, when the keel was laid for a Proteus-class collier named Jupiter. The Jupiter saw service during World War I but in 1920, she was transformed and recommissioned for a new purpose: to launch aircraft from nearly anywhere in the world.

The USS Langley (CV-1) was named after American aeronautics engineer, Astronomer, aviation pioneer, bolometer and physicist, Samuel Piermont Langley (the same guy whose name is on a NASA research center, an Air Force base, a mountain, three other ships — two of which are USN ships — and a slew of schools, buildings, labs, and a unit of solar radiation measurement).

On Oct. 17, 1922, the first aircraft was successfully launched from her deck, and nine days later, she safely hosted her first aircraft landing. She served as a test bed in the years to come, hosting flight deck and flight operations throughout the 20s and 30s.

In 1937, she was decommissioned and later reclassified again into a seaplane tender, which is how she would serve during World War II.

In 1942, she was attacked by Japanese bombers and scuttled by her crew, to rest safely out of the enemy’s hands, but her legacy has forged the most powerful navy the world has ever seen.

Since the commissioning of the USS Langley as the first aircraft carrier, the United States Navy has fielded 80 total carriers. There are currently 11 in service. Both of these numbers vastly outcounts every other nation’s number of aircraft carriers. With a current global total of 44 active carriers (some of those are arguable), America owns 25% of those. But the strategic value of those 11 carriers is much more than 25% of that global total.