This is the world's largest American flag - We Are The Mighty

This is the world’s largest American flag 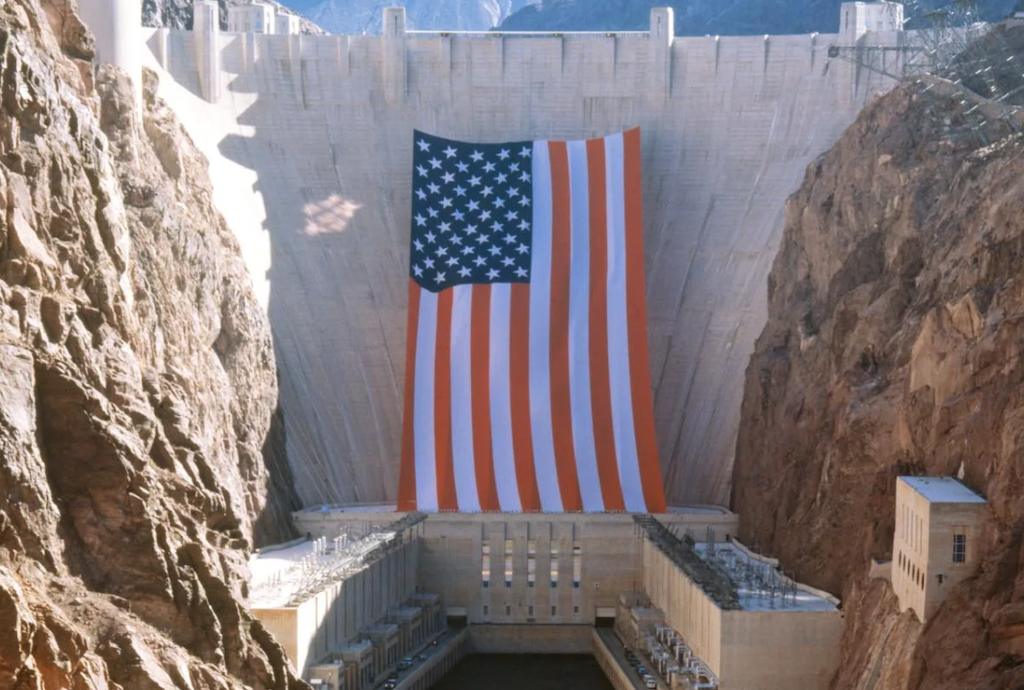 If you’ve spent any time in the United States, you’re no stranger to big flags displaying their red, white and blue. There are flags spanning entire football fields, that hang from tall buildings, and more. But all of these flags – even the largest of them – are no comparison to the county’s largest flag. In fact, this piece is so big, it’s been named a “Superflag” to account for its incredible mass. It was named the world’s largest flag by Guinness Book of World Records; yes, it’s not only the largest American flag, it’s the largest flag, period. Or at least, it was for two years; the honor has since been disputed by multiple flags.

The Superflag was owned by Thomas “Ski” Demski, who passed away in 2002.

Demski’s Superflag measures 505 feet by 225 feet, or roughly the size of 1.5 football fields. It weighs 3,000 pounds and requires a massive 600 people in order to outstretch and hold the flag. Each star stands at an impressive 17 feet tall, higher than a single-story floor.

In its heyday, the flag made many appearances, at Super Bowls, at the Washington Monument, and it was even hung on the Hoover Dam. Folks would contact Demski from near and far to rent his flag.

However, it was too big to fly at President George W. Bush’s inauguration. Instead, Demski’s Superflag Jr. was called in for the job, with Demski in attendance. In comparison, Superflag Jr. is 160’ by 300’ and requires 265 volunteers to be carried or unfurled.

In 1981, when Iran returned American hostages, Demski had Superflag, Jr. made to commemorate the event. Then in 1992, he called for Superflag and created The Superflag Company, where the giant emblems could be rented for use. The latter cost $80,000 to create.

In 1996, when Superflag was displayed across the Hoover Dam, heavy winds caused large rips, including one that was 100-feet long. The damages cost $5,000 to repair and were completed by a sailboat sail company.

If you’re wondering why Demski commissioned this massive undertaking, it simply fit his MO. In his 72 years, Demski ran for mayor of Long Beach, California, annually, yet never won. He is said to have been a ringer for Santa Claus, even hosting a neon sign reading “The North Pole” above his garage. His main source of income was owning a mail-order bumper sticker business.

He had stars and stripes painted on his house, accompanying the 132’ flagpole on his property with a 30’ by 60’ American flag. In 1980, he was taken to court by his neighbors, who claimed the flag flapped too loudly in the wind; Demski won the case.

He also had the emblem tattooed across his chest, having used a surgery scar as its flagpole.

He was hired by grade schools to talk about patriotism – it’s said that on one occasion he showed up in a Hooters shirt and the school’s principal asked Demski to change before his talk.

Finally, Demski had a specific list of wishes for his death, all of which were said to have been carried out, including, having his body in a glass casket where it was viewed by more than 2,000 people, and having his ashes placed in a golden eagle that was placed at the top of his beloved flag pole, The Pole. It remains erect today.

The Superflag Company was left to Demski’s friend, who has continued the business; flags are still available for rent via website.