Today in military history: American flag flies in battle - We Are The Mighty 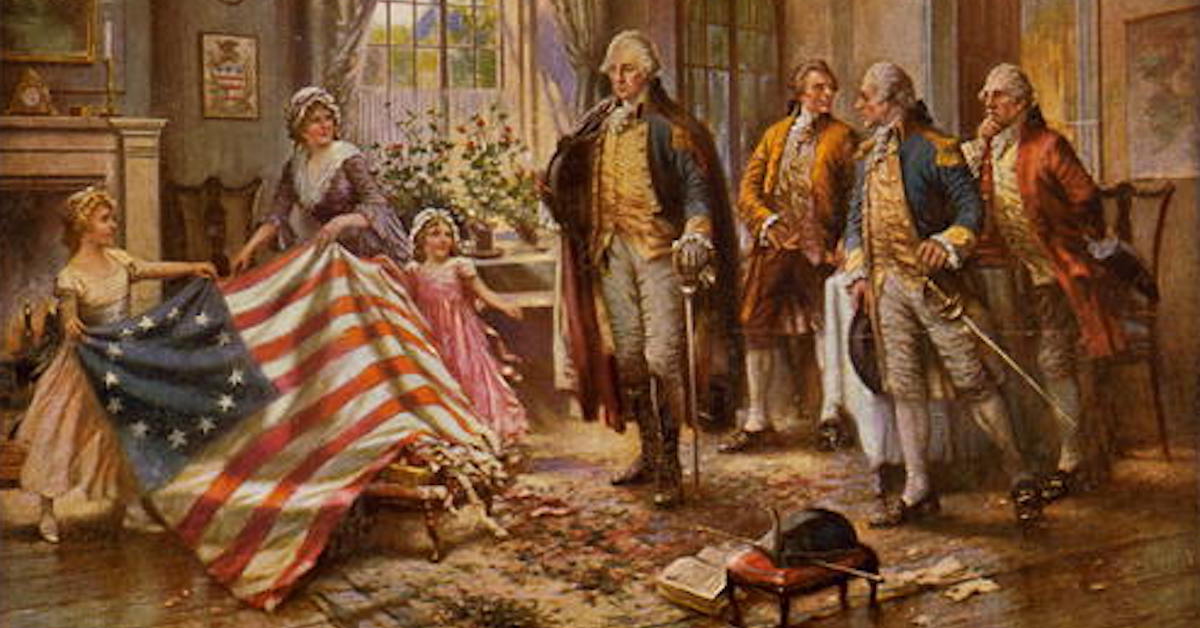 It was the Revolutionary War. American General William Maxwell ordered that the newly adopted “Stars and Stripes” banner be raised as he faced a line of British and Hessian troops in Delaware. General Maxwell was defeated in battle that day, retreating to join General George Washington’s forces, but, of course, America would go on to win the war.

Three months before, the Second Continental Congress passed the Flag Resolution, stating: “The flag of the thirteen United States be thirteen stripes, alternate red and white; that the union be thirteen stars, white in a blue field, representing a new constellation.” The origin of that first American flag is unknown, though some historians believe it was designed by New Jersey Congressman Francis Hopkinson and sewn by Philadelphia seamstress Betsy Ross.

As the young country evolved, so, too, did her flag, until 1960, when the 50th star was added to Old Glory’s blue field. Today, the flag of the United States consists of thirteen horizontal stripes — one for each of the original colonies — seven red alternating with six white. Red symbolizes valor and strength, white symbolizes purity, and blue represents justice.

In 1814, an enormous garrison flag flew during the siege of Fort McHenry in Baltimore, inspiring Francis Scott Key’s composition of The Star-Spangled Banner. That original flag survives today with the preservation efforts of The National Museum of American History.

To this day, the American flag is meant to be treated with dignity and respect and there are guidelines to properly display those Stars and Stripes, including lighting and weather conditions and priority on a flagpole.

Forever in peace may she wave.