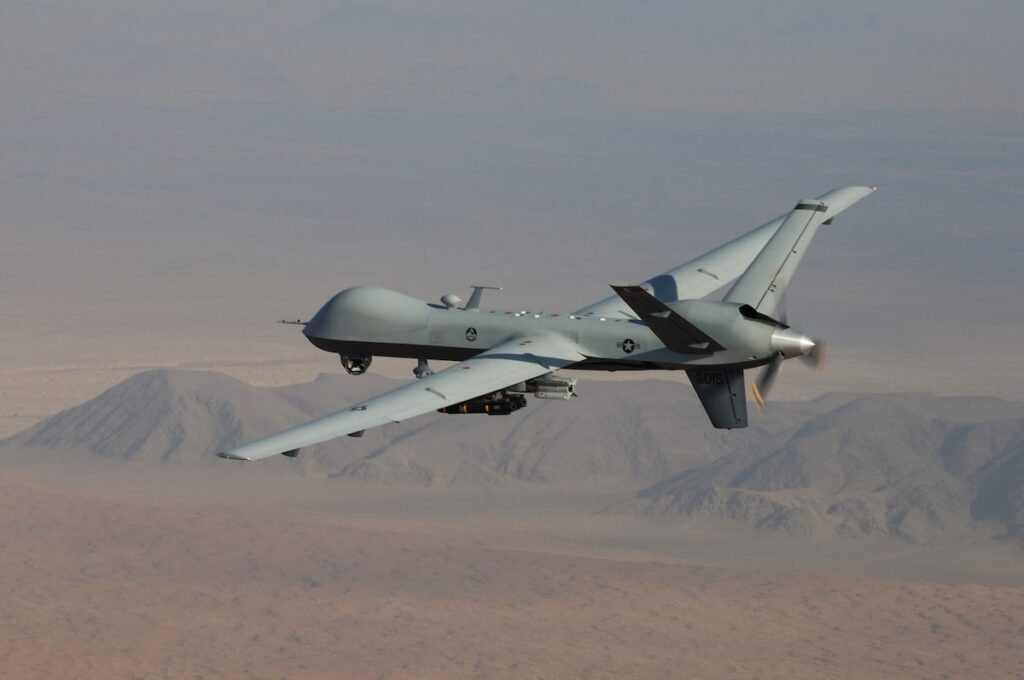 The General Atomics MQ-9 Reaper and its predecessor, the MQ-1 Predator, are perhaps the most iconic unmanned aerial vehicles to date. Their extensive use as surveillance and hunter-killer platforms during the Global War on Terror has intrinsically linked them with the conflicts in Iraq and Afghanistan. Popular media like movies and video games have also depicted the deadly drones, widening their exposure to the public. With Russia continuing its military operations in Ukraine, Western support continues to bolster Ukraine’s armed forces. The latest military aid comes in the form of the iconic MQ-9 Reaper.

In April 2022, Ukrainian officials met with General Atomics to discuss the acquisition of MQ-1C Gray Eagle and MQ-9 Reaper UAVs. However, concerns that the drones could end up in Russian hands delayed any formal agreements. Additionally, fear of depleting U.S. stocks of the critical UAVs stalled a deal with General Atomics. Instead, Ukraine has made extensive use of the Turkish-built Bayraktar TB2 unmanned combat aerial vehicle in its war with Russia. However, following U.S. government approval for the sale of “heavy attack drones” to Ukraine, General Atomics expressed its commitment to supplying the UAVs.

Due to the sensitive nature of the drones and their deployment, General Atomics was not specific about deliveries. “General Atomics remains committed to the defense of allies in Eastern Europe, to someday providing these capabilities to the armed forces of Ukraine,” a company spokesperson told Janes. General Atomics also entered a $70.6 million leasing agreement with Poland to supply an undisclosed number of MQ-9 Reapers.

Again, General Atomics remained tightlipped regarding the delivery and deployment of its aircraft. “Poland is in a high state of readiness due to the war in Ukraine, so operational security issues prevent us from discussing numbers of aircraft and many other specifics of this arrangement,” the spokesperson said. “We don’t want to undermine the tremendous advantages offered by the MQ-9 family of aircraft by releasing too much information publicly.”

Whenever Poland and Ukraine receive their drones, they will join the United States, United Kingdom, France, Italy, the Netherlands, Spain, and Belgium as operators of the MQ-9 UAV family. Although the arming of the drones was not discussed by General Atomics, the approval of “heavy attack drones” by the U.S. government suggests that they will be armed. The MQ-9 can carry a payload of up to 3,800 pounds and can deploy weapons like the AGM-114 Hellfire air-to-ground missile and the GBU-12 Paveway II laser-guided bomb.