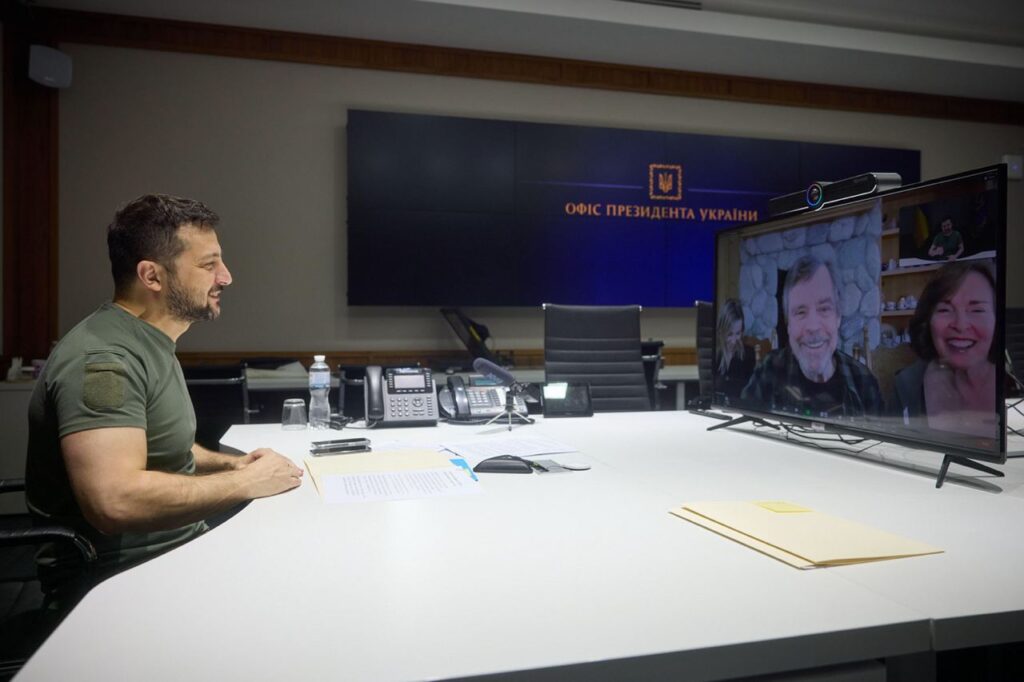 21st century warfare has been defined by the use of unmanned aerial vehicles. The war between Russia and Ukraine sees both sides employing drones with deadly effect. In an effort to amass more drones, Ukraine launched the United24 initiative to collect donations to purchase drones as well as armor, uniforms, and humanitarian aid supplies. The program received a major ambassador in the form of celebrity Mark Hamill.

Perhaps best known for his portrayal of Luke Skywalker in the Star Wars franchise, Hamill was made the first ambassador for United24 by Ukrainian President Volodymyr Zelesnkyy. “Mark, you have become the first ambassador to help Ukraine raise funds to support its defenders. For Ukrainians, this means a lot,” Zelenskyy told the actor. “As in Star Wars, good will triumph over evil and light will overcome darkness. With you in the team, there’s no other way around it.” Specifically, Hamill is supporting Ukraine’s Army of Drones program. The program funds the procurement, repair, and replacement of drones. It also funds drone pilot training.

Hamill later spoke with the BBC about his meeting with the Ukrainian President. “[Zelenskyy] did reference the movies, and it’s not hard to understand why,” Hamill recounted. “I mean, Star Wars was always a fairytale for children and fairytales are morality tales of good versus evil, where good is clearly defined, evil is clearly defined, and it’s not hard to extrapolate an evil empire with Russia invading a sovereign nation.”

Hamill also highlighted Ukraine’s need to bulk up its drone inventory. “Ukraine needs drones,” he said when asked if United24 donations would go towards lethal equipment. “They have some drones, but not nearly as many as the Russians.” Unmanned aerial vehicles excel in the vital intelligence, surveillance, and reconnaissance role, but can also be devastating to infantry and armored vehicles in the case that they are armed.

Mark Hamill commended Zelenskyy’s leadership of Ukraine since the Russian invasion began in February 2022. “I was really fascinated with this man…because he’s been absolutely heroic,” he said. “And the Ukrainian people have been inspirational. He’s an amazing man.” During the his meeting with Zelesnkyy, Hamill made his first statement of support as a United 24 ambassador saying, “Right now is the best time for everyone to come together and help Ukraine stand up in this war with the evil empire.”