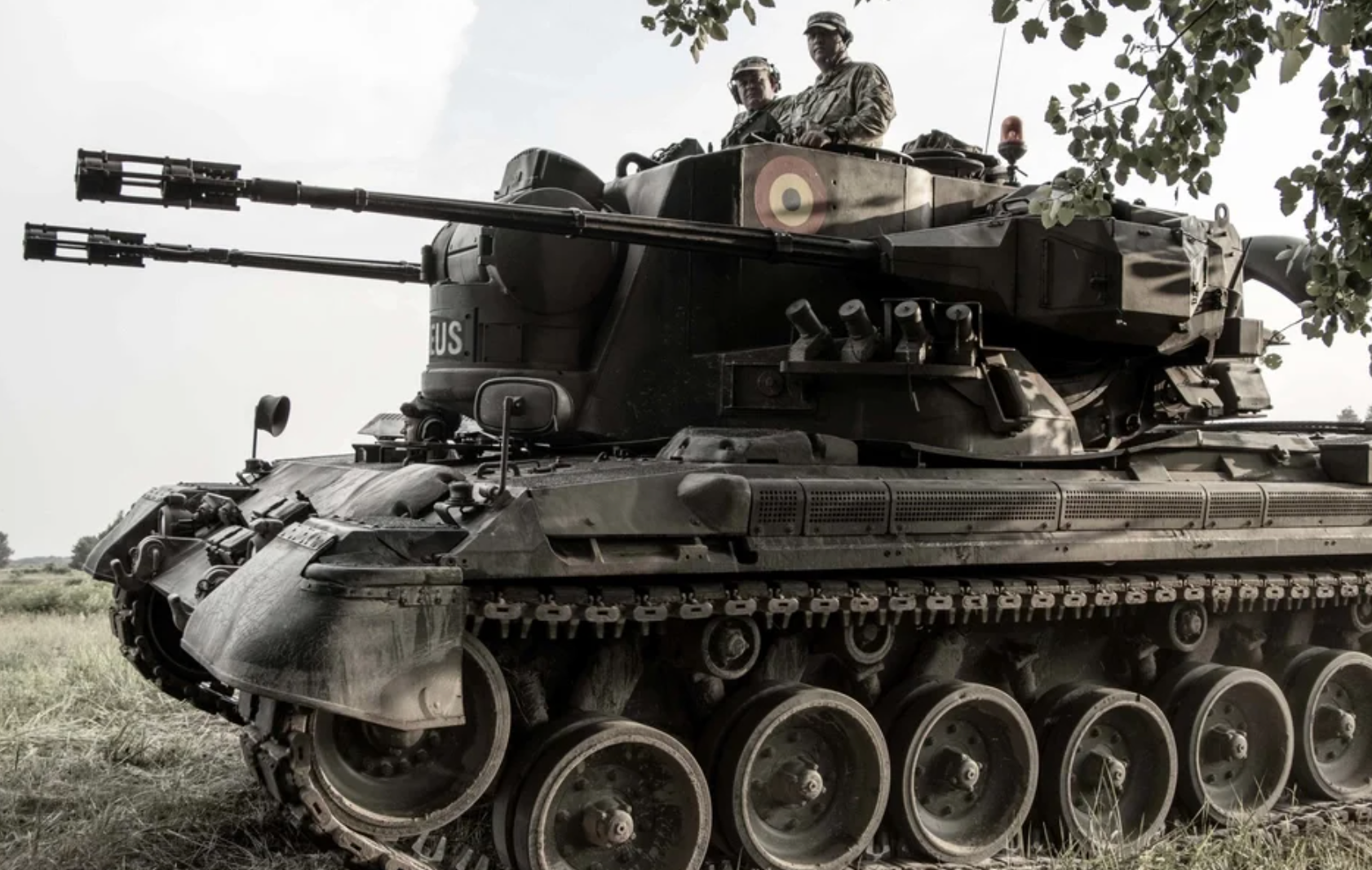 A Romanian Gepard during a joint live-fire exercise in Poland (U.S. Army).

Since the Russian invasion of Ukraine in February 2022, President Volodymyr Zelenskyy’s request for aid has been consistent: send us heavy weapons. While important supplies like medicine, food, and even bulletproof vests poured in from around the world, Zelenskyy persisted for western countries to send military vehicles. Eventually, countries like Australia and the United States sent APCs, helicopters, artillery, and even suicide drones to Ukraine. However, Germany refused to send similar military aid based on its long-standing policy of not supplying weapons to war zones. However, in a major turning point for German defense policy, the government announced that it would be sending heavy weapons to Ukraine to fight Russia.

On April 26, 2022, the German government confirmed reports that it would supply Ukraine with Flakpanzer Gepard self-propelled anti-aircraft guns. “Yesterday we decided that Germany will make the delivery of ‘Gepard’ anti-aircraft tanks possible to Ukraine,” German Defense Minister Christina Lambrecht said during a speech at Ramstein Air Force Base in Germany. Although the weapon system is based on a Leopard 1 main battle tank, to call the Gepard a tank is inaccurate. Armed with two 25mm Oerlikon autocannons guided by a general search radar, tracking radar and laser range-finder, the Gepard was the cornerstone of the German Army’s air defense, as well as other NATO nations including Belgium and the Netherlands.

As a result of Germany’s reduction on defense spending, the Gepard was removed from active service in 2010 and resigned to storage. However, the weapon system remains an effective and relevant one on the modern battlefield. Although delivery of the Gepard began in 1973, it has been updated with the latest electronics. With Russian air attacks still a constant threat in Ukraine, the addition of the Gepard will enhance the country’s defenses and reduce loss of life.

In addition to sending Gepards, Germany announced that it would join the U.S. in training Ukrainian soldiers in Germany. “We are working together with our American friends in training Ukrainian troops on artillery systems on German soil,” Lambrecht said. The reversal of German policy is a momentous one. At the end of January 2022, despite the massing of 100,000 Russian troops on the Ukrainian border and the US warning of an invasion, Germany maintained its refusal to send weapons. Instead, it offered to send 5,000 helmets to Ukraine.

Not only was Germany against sending weapons, but it also refused to allow other nations to send weapons to Ukraine that it had control over. Germany historically provided weapons to other countries on the condition that the sale or transfer of these weapons be approved by Germany. As a result, Estonia and the Czech Republic were barred from sending ex-German howitzers and BMPs to Ukraine.

However, following the Russian invasion of Ukraine, Germany granted permission to Estonia and the Czech Republic to send the weapons. Moreover, the German government itself supplied Ukraine with anti-tank missiles, anti-aircraft missiles, machine guns, grenades, mines, and ammunition. Still, Germany refused to send its own heavy weapons to Ukraine until recently. German Foreign Minister Annalena Baerbock hinted at the policy reversal during a news conference on April 21 saying, “There are no taboos for us with regard to armored vehicles and other weaponry that Ukraine needs.” With this change in German policy, it’s possible that other European countries will be able to send ex-German Soviet-era tanks to Ukraine that Zelenskyy has long been asking for.