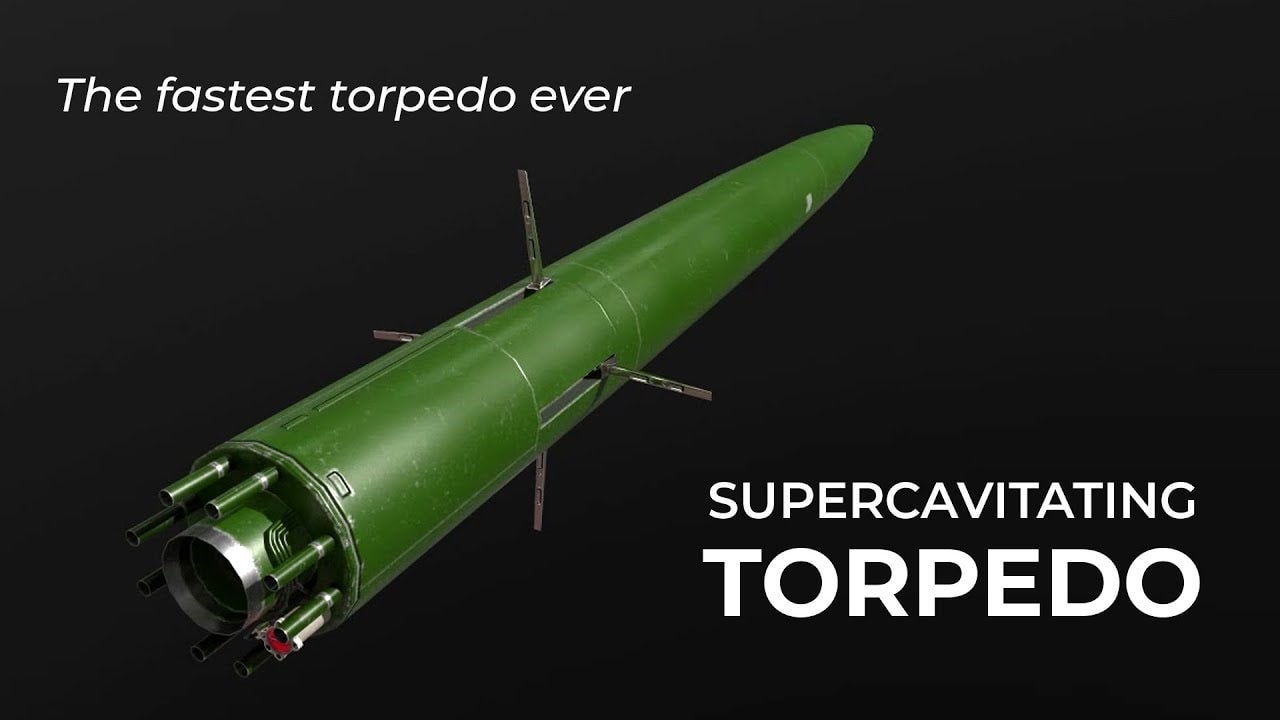 Vladimir Putin’s Russia is getting a lot of attention for the slew of almost supervillain-like superweapons it’s produced. These include hypersonic missiles and hypersonic torpedoes, among many others. They also revived the idea of supercavitating torpedoes.

While all those weapons sound intimidating, remember this is the Russian Navy we’re talking about. Russian ships are famous for breaking down, exploding, or disappearing entirely. So why should Russian superweapons be any different? The answer is that they’re not, and its supercavitating torpedoes might be the most useless of them all.

In theory, supercavitation could be used to assist the propulsion of an entire underwater vessel, such as a submarine. That’s why supercavitation was an interesting field of research for defense contractors during the Cold War. The research has since been revived by the United States and China for vessels.

The supercavitating torpedo also uses rocket propulsion, allowing the weapon to travel incredibly fast through the water, giving the target vessel very little time to move or respond. It sounds like it could be a devastating equalizer for undersea warfare. Except, it’s not really, for a couple of reasons.

First, and despite everything “The Hunt For Red October” led you to believe, there has only ever been one instance of direct submarine to submarine underwater combat in the history of naval warfare. The second issue comes with the torpedo designs necessary to support supercavitation.

Aside from having to be rocket-propelled, supercavitation not only requires a gas bladder included in the body of the weapon (that’s how the bubble is created), it also takes a lot of power. If the torpedo runs out of power, even in the middle of combat, all you’ve got is a high explosive potentially sinking to the bottom of the sea.

Given the power required for Russia’s undersea “super weapon,” it only has an effective range of 9.5 miles. Although the United States also has supercavitating torpedoes, the standard weapon is the Mark-48 torpedo, which has an effective range of more than 24 miles. And since the supercavitating version requires a lot more onboard equipment for making the gas bubble and rocket-propelling it, that gives it less room for fuel and boom.

A superfast torpedo with a range of almost ten miles would be considered a wonder weapon in the days of World War II, where a torpedo had a range of about three miles, four miles at best. But standard torpedoes have come a long way since.

Then, there are the options available to naval commanders of surface ships. While shipborne missiles might not be able to rock a submarine while it’s below the surface, torpedoes aren’t just for subs, whether they’re firing them or being hit by them. Anti-ship missiles are a deadly weapon in naval combat and most modern naval ships carry some kind of missile.

The Mark-13 Guided Missile system fires projectiles at more than three times the speed of sound, can hit targets almost 100 miles away (and sometimes further) and are deadly and proven in modern warfare. Why mess around with torpedoes when missiles will do just fine?