MIGHTY 25: Meet MOH recipient Col Jack Jacobs whose bravery should inspire us all - We Are The Mighty

MIGHTY 25: Meet MOH recipient Col Jack Jacobs whose bravery should inspire us all 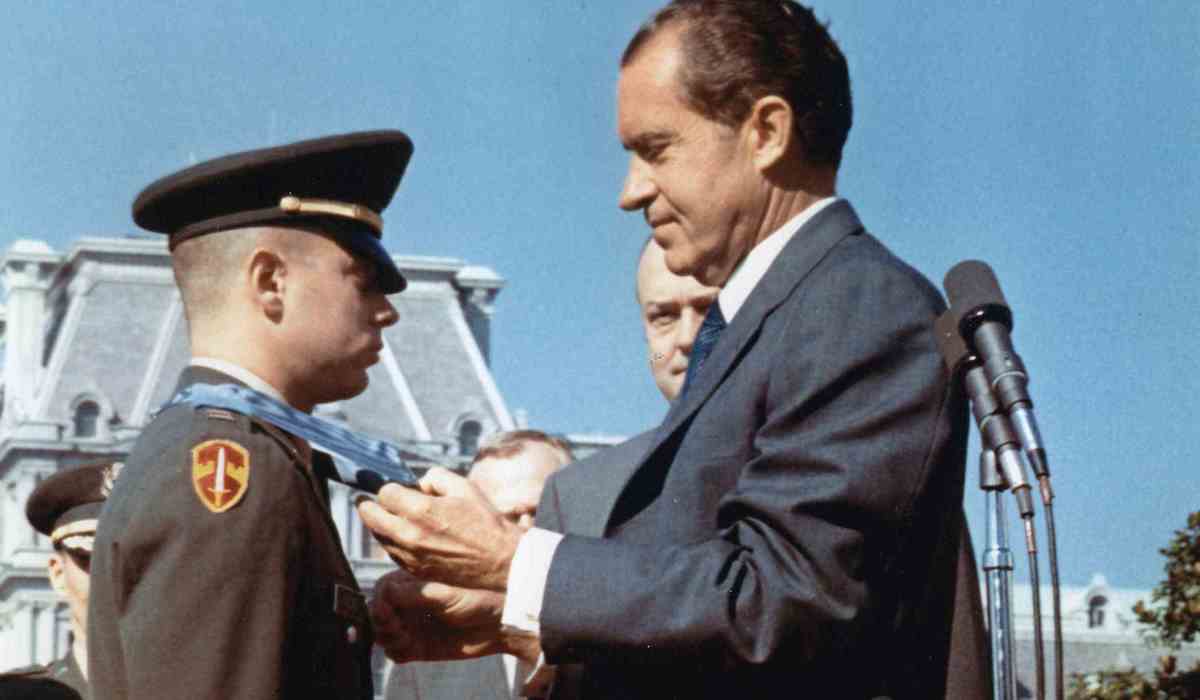 Heroes aren’t born; they are made. Medal of Honor recipient and retired Army Colonel Jack Jacobs thinks everyone has it in them to become one for their own community.

“One of the things you learn in uniform but particularly in combat – is that when you are part of something larger than yourself, you really are making a difference,” Jacobs shared. “Secondly, it’s the average person who winds up making the difference between success and failure. I’ve spent much more time in combat than I ever expected or wanted. I can tell you this, that everyday people made a difference in terms of valor. It wasn’t some super person who turned the tide of a battle or saved fellow soldiers, it was just the average soldier. It’s always the average soldier.”

His parents were immigrants from Europe and his father served in the South Pacific in the Army during World War II. Service to country was ingrained. Jacobs himself entered the Army as a Second Lieutenant after graduating from Rutgers ROTC program. Six months later in 1967, he was sent to Vietnam. He has shared the experience of landing in Vietnam and seeing the soldiers heading home, who he said looked like they were about 100 years old. About eight weeks later, he looked like that, too.

After being ambushed due to an enemy informant, Jacobs had shrapnel wounds covering his arms and a critical wound to his head, impairing his vision. Despite all of this – with complete disregard for his own safety – he continued to return to the ‘kill zone’ to evacuate the wounded, saving the lives of 14 soldiers. In an interview with the American Veterans Center he said, “We fight to achieve the mission and we fight for the country. When the bullets and shrapnel start flying around, we do it for each other. You don’t know real love until you are in combat.”

When Jacobs stopped to rest, he discovered he couldn’t get up again. He would undergo dozens of surgeries to piece back together his skull and face. He also never regained his sense of smell or taste. For his heroism and sacrifice, he was awarded the Medal of Honor. Jacobs said it was a profound ‘Why me?’ moment. “There were a lot of brave people on that day just like there are a lot of brave people in combat every day,” he explained. Although he doesn’t remember much of the ceremony, he can still recall the vast sea of people who came to watch – stretching as far as the eye could see.

Witnessing that was remarkable considering the unpopularity of the Vietnam War and the civil unrest wreaking havoc on the country at the time. Jacobs feels a lot of the reason troops may be more celebrated now is because it isn’t a draft, instead, a volunteer force. “We love the troops today. One of the reasons is because we don’t have to be the troops,” he said pointedly.

After retiring from the Army, Jacobs led a successful career on Wall Street. He’s a military analyst on NBC and MSNBC, extremely vocal on issues impacting today’s military. Jacobs also co-authored a book about his experiences during the Vietnam War titled, If Not Now, When? Duty and Sacrifice in America’s Time of Need. With brutal honesty he addresses the role of citizenry and necessity of sacrifice.

One of Jacobs’ passions is improving employment opportunities for veterans. “We don’t realize – and indeed the veterans themselves – don’t realize that people in uniform have had authority and responsibility at such a young age, that they are often more qualified to do just about anything,” he explained.

As for the majority of the public that will never serve in the military, he feels they have a duty to those who do raise their hands to defend and protect. “All of us whether we’ve been in uniform or not, benefit from the exertions from the young people wearing the uniform and because of that, we all have the responsibility to ensure their transition out of the military is easy,” Jacobs said. “I strongly encourage people to do what they can to make veterans a bigger part of their community.”

It should also be said that ‘Thank you for your service’ rings hollow to a lot of veterans, seeming more like a platitude Jacobs said. “There’s a certain modicum of guilt from those who say that, because they feel guilty about not serving…What veterans really need is action, if you aren’t doing something local for veterans you aren’t doing anything,” he explained.

Universal service is a concept that Jacobs believes every American should subscribe to. There is an area where you can put words into action, he stated. “You need to do something. If we have not served in some capacity we aren’t doing anything for our country,” he stated. “It’s when you only think about yourself that you wind up drifting away from the American ideal of being a member of the wider American community.”

The advice and words of encouragement from American hero and Medal of Honor recipient Jack Jacobs are quite simple. Go do something. Be a part of something bigger than yourself.