MIGHTY 25: Meet Phyllis Newhouse, dedicated to empowering women while dominating the cyber security world - We Are The Mighty 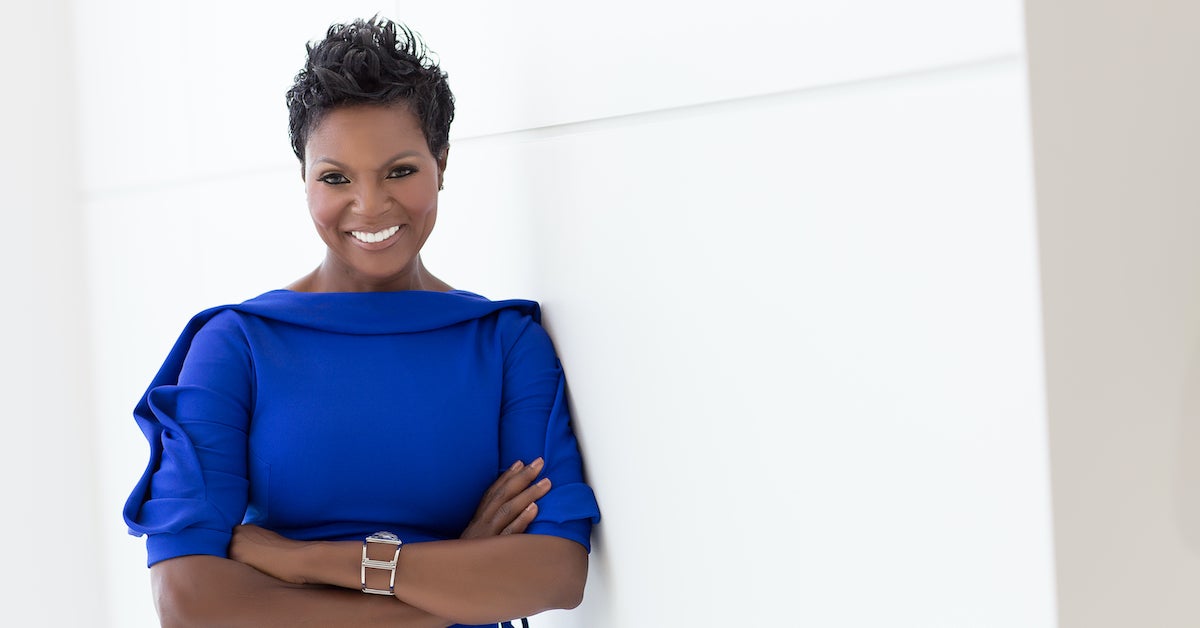 Phyllis Newhouse is used to shattering glass ceilings. As a woman of color working in national security in the Army, Newhouse broke all sorts of barriers. She’s doing it again, this time with her award-winning and innovative cyber security company.

Growing up as one of 11 children, discipline was a must in her home. Newhouse jokingly said her house prepared her well for the military. “I grew up during the Civil Rights Movement so drive, determination was important. I took that with me to the military. That enhanced what I already had as a foundation,” she explained.

When asked what drove her to service, Newhouse laughed. She explained that her first introduction to the military was being awed by a chance sighting of Air Force women in flight suits. “I remember seeing these women in uniform and saying, ‘Wow look how powerful they look.’ From that day, I never got the image out of my mind and thought those women were superheroes,” she said. That moment was the deciding factor for her to enlist.

Newhouse took her oath of enlistment on Veterans Day in 1977, beginning a career that would span 22 years. She became passionately focused on national security and protecting the assets of the United States. She worked her way up to eventually establishing the Cyber Espionage Task Force within the Army. But when she was offered a senior level position, she turned it down – deciding instead to retire and create her own company. Xtreme Solutions, Inc. was formed in 2002 and is now located in 42 states with 40 percent of its workforce made up of veterans.

In 2017, Newhouse received the Ernst & Young Entrepreneur of the Year award in the field of technology. She was the first woman to receive the honor.

Despite undeniable success, Newhouse found herself wanting to do more. She also didn’t want to be the first or only anymore. A passionate advocate for women in business,  Newhouse wanted to support women in a bigger way. A partnership with Academy Award-winning actress Viola Davis led to forming ShoulderUp, a nonprofit completely dedicated to supporting women in entrepreneurship.

Newhouse and Davis recognized that it was connection that could pave the way for women everywhere. “What we realized is that no matter what industry we were in – as women we were always able to identify with a part of each other’s stories. We have a stronger connection, regardless of our backgrounds or foundation,” she explained. “We wanted to use our economic power and our platform to create change and empower women around the world.”

By opening the door for other women, Newhouse knew it would lead to positive impacts all around, even for those doing the mentoring. By giving advice woman-to-woman in ShoulderUp circles, the organization has been able to bridge a gap and assist women in reaching their greatest potential.

Newhouse herself credits her time in the military as transformative, sharing that it absolutely made her who she is today and created a foundation for success. She also recognizes that it imparted vital leadership abilities she’d need to become an entrepreneur. “I think veterans make the most incredible entrepreneurs. We always say in the military that there is a difference between a good leader and a great leader. If they were great they have the confidence to know that they still have the ability to serve, but serve in a different capacity…You can do things that still have purpose,” she explained.

WATM spoke to Newhouse on election day — arguably one of the most critical days in America. Asked what issues she was focused on lending her voice and advocacy efforts to the most, she didn’t hold back. “I think about, how did we get here – with so much divisiveness in this country. No matter what side of the fence you are on, we serve one America. Veterans and military folks go off to serve this country, one country. I want to focus on how we bridge the gap and work together in America as one,” she explained.

Newhouse expressed that veterans often feel like they are invisible and don’t matter. It’s something she wants to change. “We need to build America again. We have to do it together and that’s why I am working on the Honor2Lead project. It’s getting people who know how to serve, to serve again,” she said.

It’s that passion for service that Newhouse feels will change the world. When asked what advice she would give transitioning veterans, she was quick to answer. “I challenge those in the military community to live up to their God-given potential,” she stated. “Go find something that you can impact because great leaders can make incredible impact.”

Phyllis Newhouse is living proof of that … and she’s just getting started.