MIGHTY 25: Meet Jennifer Campbell, Army veteran, health advocate and Commander of the Hollywood American Legion - We Are The Mighty 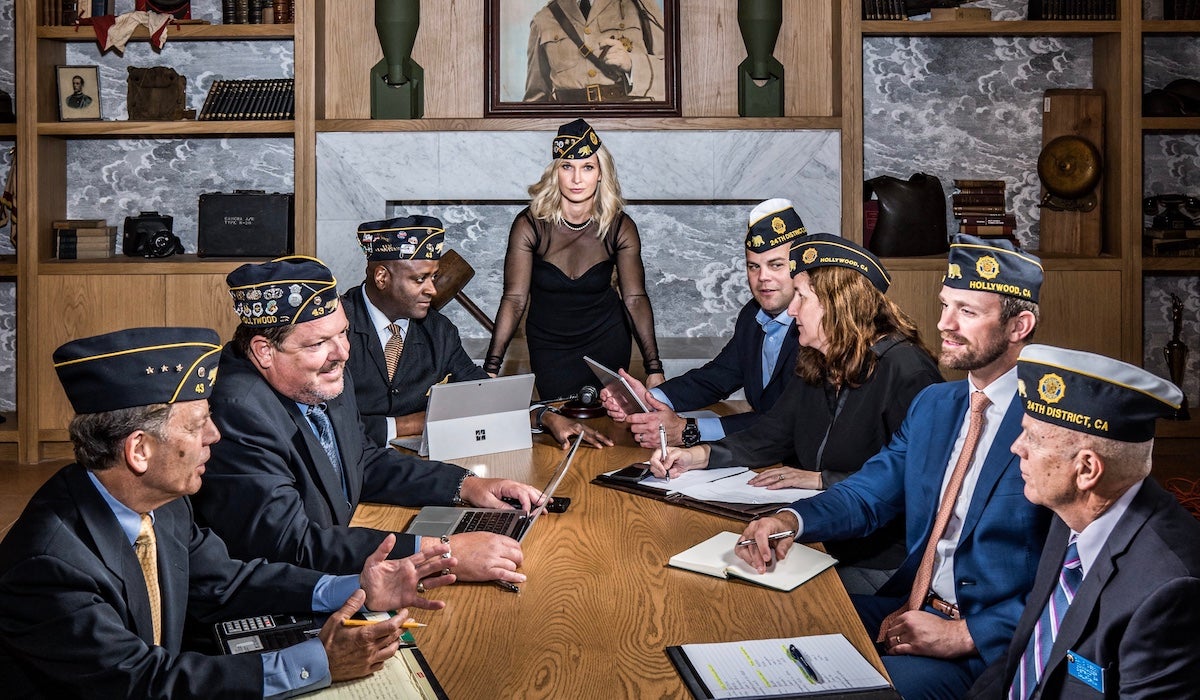 When Jennifer Campbell was selected for 2020’s Mighty 25, it came as a complete shock. “It was a genuine surprise,” she shared with a laugh. Considering everything she’s accomplished with her health advocacy efforts, Army service and now, leading the Hollywood American legion as its Commander, Campbell was an easy choice.

Campbell is only the second female in the Hollywood post’s 100 year history to lead as its commander. Not only does it surprise a lot of people, but many often don’t realize or think she is a veteran herself, assuming instead she is the daughter of one. She is quickly changing perceptions and shattering barriers.

Not only is this post paving the way in leadership, its membership is much different than the average American Legion. The Hollywood post has more post 9/11 veterans than any other era combined. “We’re very fortunate that we’re not the stereotypical American Legion. There’s so much culture and history to draw upon but it’s also so motivating to see young people want to get involved,” Campbell explained.

She was quick to admit that she didn’t know much about the American Legion when she was asked to join. But after hearing good things from a friend, she went to an event. She quickly dove into volunteering her time and serving, something she was deeply familiar with as an Army veteran and had always enjoyed. It wasn’t too long after that when she stepped into the leadership position. “I never in a million years thought I would be doing this. But all you have to do is care. Get involved and serve,” Campbell said.

Military service was something she was familiar with growing up. Her father served in the Navy as did many other family members. “I was motivated and excited to do it [join the Army]. I wanted to show that I could do it just as well as any of the guys. When I called my dad to tell him I joined I am sure he said ‘What!’” Campbell shared with a laugh. After serving four years in the Army, she went on to earn her Master’s in nutrition and became a personal trainer.

She has been a vocal advocate of health and wellness, especially for America’s veterans. Campbell wants to help motivate people to be their best selves both outside and inside. “Veterans have a 70 percent higher likelihood of developing obesity than the general public, that’s something I really want to focus on. How to take care of yourself and your family,” Campbell explained. She does this through her personal training, speaking and nutrition coaching.

She has enjoyed life outside of the military, finding her purpose and passion within her industry and volunteerism efforts. “I know a lot of people when they exit the military, it’s still all about that. But for me, it doesn’t define me completely. It has definitely shaped me in what I’ve learned about what I will and will not put up with as far as leadership and being squared away,” Campbell explained. “It has been a massive part of my growth and expansion in leadership.”

While she recognizes that her leadership position in a traditionally male led organization is unique, she doesn’t want it to be. “I want people to understand that this isn’t just a man’s game. There are so many powerful women in leadership that have incredible drive and ability to problem solve in a way that is very different,’ she stated. It’s her hope that her story will resonate and spark others to step forward.

For those looking for a way to stay healthy and motivated in a purpose filled life –  she was quick to say people need each other in order to be successful. “Find a base. Find people who you can challenge and together you can do a lot of great things. The more that you can engage your friends, family and colleagues the more you will stick with something – especially a higher calling or purpose,” Campbell said. “When you get to be a part of a team and serve yourself, your family or your community – those are the things that will help you really make an impact and difference.”
One thing Campbell really hopes to see in the future is more young veterans and especially women in leading roles. “There are so few women in leadership and it takes that person to demand to be included and heard,” she said. She is encouraging them to be the person who bridges the gap and makes people notice them, saying it isn’t enough to get a seat at the table – it’s what you do when you get there that matters, too. Campbell’s advice is simple: step up and make your voice heard.