MIGHTY 25: From secret combat missions in Afghanistan to encouraging wounded warriors, meet Prince Harry, Duke of Sussex - We Are The Mighty 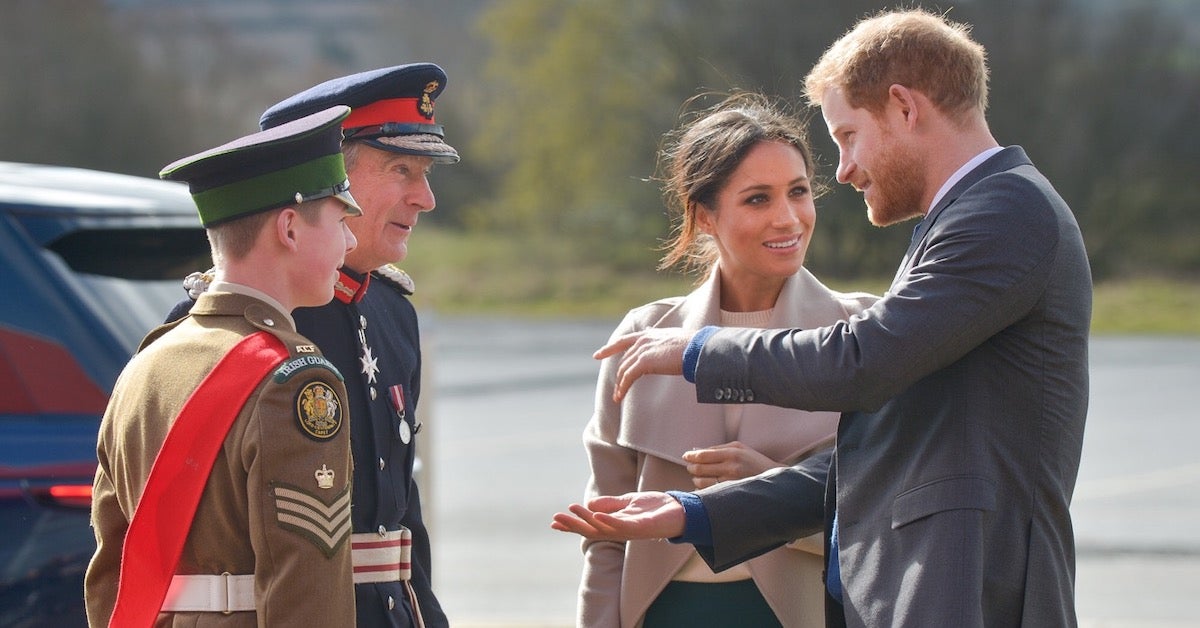 While Prince Harry, Duke of Sussex might only be known to some for his name or standing, to the military community at large, he is so much more.

Despite the opportunities available to him after graduating from high school, Prince Harry entered Royal Military Academy Sandhurst in 2005. After finishing his rigorous officer training, Prince Harry was commissioned into the British Royal Army. Soon after, his unit was scheduled to deploy to Iraq and Harry fought to go with them. “There’s no way I’m going to put myself through Sandhurst and then sit on my arse back home while my boys are out fighting for their country,” he said in an interview with BBC at the time.

His insistence that he fight alongside his countryman in service of his country and the world’s allies is just one of the many reasons Prince Harry is admired. Although he ultimately did not go to Iraq due to threats on his life, he secretly served in combat with the British Royal Army in Afghanistan. It was the first time a member of the royal family had served in combat since Prince Andrew served during the Falklands War in the 80’s.

Following deployment, Prince Harry went to the Army Air Corps to learn to fly Apache helicopters. A year later he was flying in combat as a co-pilot and gunner, unbeknownst to the public. “I joined the Army because, for a long time, I just wanted to be one of the guys,” he shared at the 2016 Invictus Games. “But what I learned through serving was that the extraordinary privileges of being a prince gave me an extraordinary opportunity to help my military family.”

During a visit to the United States Wounded Warrior Games in 2013, Prince Harry was astounded. It drove him to want to create a world-wide sporting event for wounded warriors of all Allied countries. The Invictus Games were born.

Since its inception, Invictus has grown considerably. “These Games have been about seeing guys sprinting for the finish line and then turning round to clap the last man in,” Prince Harry said at the Invictus Games in 2014. “They have been about teammates choosing to cross the line together; not wanting to come second, but not wanting the other guys too either. These Games have shown the very best of the human spirit.”

One thing unique to the Invictus Games is that each warrior can bring two family members with them. This is all thanks to incredible partnerships with organizations like The Fisher House.

“Above all, Invictus is about the example to the world that all service men and women –

injured or not – provide about the importance of service and duty.The true scale of this example was brought home to me when I left Afghanistan after my first deployment there in 2008. As I was waiting to board the plane, the coffin of a Danish soldier was loaded on by his friends. Once on the flight, I was confronted with three British soldiers, all in induced comas, with missing limbs, and wrapped in plastic. The way I viewed service and sacrifice changed forever and the direction of my life changed with it.

I knew that it was my responsibility to use the great platform that I have to help the world understand and be inspired by the spirit of those who wear the uniform,” Prince Harry said at the 2017 Invictus Games.

He lives by those words.

“The Invictus Games Foundation brings together the international community of wounded, injured and sick service personnel and veterans through the power of sport,” Rominic Reid, CEO of The Invictus Games Foundation said. “We are honoured and delighted that We Are The Mighty, in all they do for veterans, have recognized the Foundation and our Patron, The Duke of Sussex, for the role that Invictus plays within this community. We thank them and you, for all the support.”

Not only is he dedicated to veterans, Prince Harry also remains deeply passionate about serving vulnerable populations and increasing awareness around mental health and racial inequality. In October 2020, he and his wife, Meghan Markle, did a soft launch of their new nonprofit, Archewell. Although the full details of the nonprofit haven’t been unveiled, Archewell appears to be focused on increasing global generosity and kindness.

Prince Harry remains a committed humanitarian, patriot and servant leader. His inspired efforts remind us that our words, empathy and actions matter.