MIGHTY 25: Meet Harris Faulkner, an Army brat shattering barriers in television - We Are The Mighty 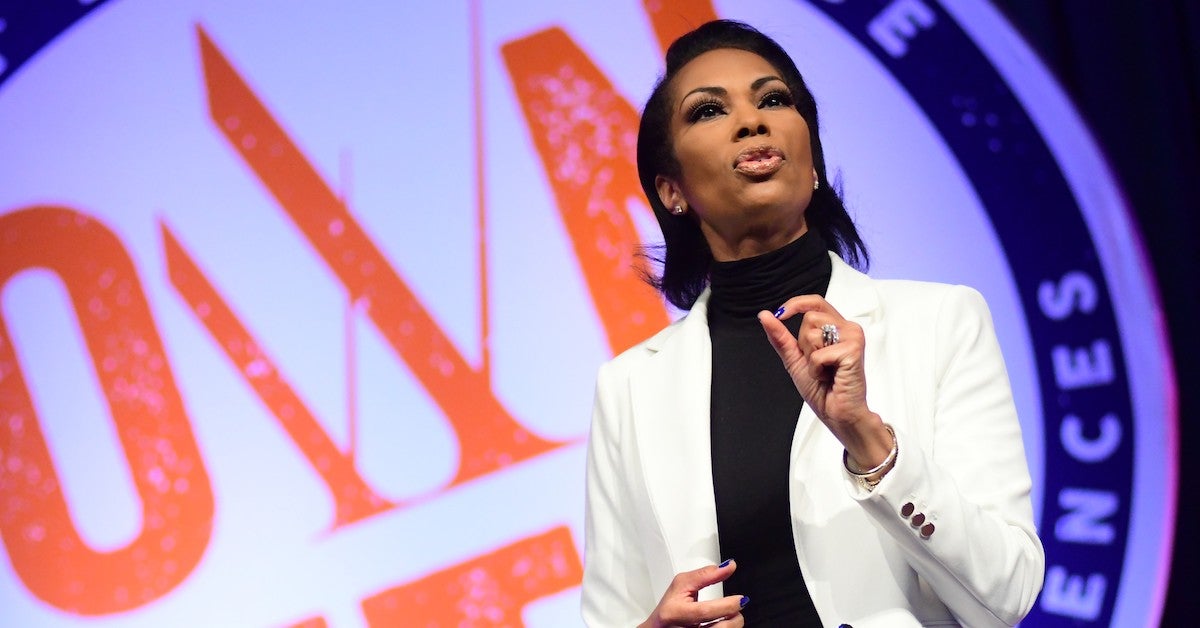 Harris Faulkner is an Emmy-winning anchor for the daytime Fox News shows Outnumbered and Outnumbered Overtime. She’s also a military kid who recognizes the deep impact her father’s Army career has had on her life and who she has become.

When asked what her reaction was after receiving the news of being selected for the Mighty 25, Faulkner said she immediately thought of her dad. “There have been so many times in my life when I’ve paused for a moment to think of the successes… and they are always because of my parents,” she said. “I am really blessed with military leadership in my family – that made such a huge difference in one’s ability to be resilient, innovative, creative and believe all things are possible.”

Faulkner’s father is a retired Army Lieutenant Colonel who served multiple tours during the Vietnam war as a combat pilot. She candidly shared how hard her parents worked to instill a deep sense of values within her and that she learned from an early age the importance of a strong work ethic. “It doesn’t surprise me that I can be successful at something because I truly can follow the mission until it’s over. I don’t quit,” she said with a laugh.

Stories and news were always a part of her life. Faulkner recalled that her father would have her read the paper every night at the dinner table and they would talk about what was going on. “I would learn about the world that way,” she said. “From a very young age I knew I would always vote and knew the cost in and out of the country for that right.” By the time she was 10 years old in 1975, there was a whole lot going on in the world. One vital piece of advice that her father imparted on her was to always have questions.

“My father fought for this country when Blacks were not allowed to drink at the same water fountains, sit at the same counters or use the same restrooms [as whites],” she explained. When she asked her father once about why he wanted to serve a country where he wasn’t treated equally because he was Black – his response was memorable. “He said, ‘There will be times where it will feel like we are bending or even breaking but I would rather fight for the democracy and potential of America than look from afar and wonder what difference I could have made if I had stuck in the fight,’” Faulkner shared.

Journalism and investigating the truth came naturally to Faulkner, and her parents always pushed her to use her voice. She’s come a long way since she was that little girl reading the newspaper to her parents; she’s earned six Emmy awards and is a best-selling author. But it didn’t come easy.

Faulkner discussed the challenges of often being the first or only woman of color throughout her career. “By my sixth Emmy I did start to wonder, ‘Why me?’ I was incredibly blessed. Now I do question, ‘What’s next?’ I want to create a legacy for people of every stripe,”  she explained. She also hopes that her story will inspire the next generation to chase dreams and excellence. “I want people to know that doing your best isn’t overrated.”

With the media coming under attacks as the ‘enemy,’ Faulkner hasn’t found herself overwhelmed. Instead, she sees it as the opportunity to get it right. This is where that fierce work ethic her military father instilled comes into play. “In my life, when I have gone for a job or a promotion…If you see me coming and I am your competition, you’d better be ready – because I am not showing up to get ready. I am already there,” Faulkner said with a smile.

With the country currently divided in the midst of a pandemic, the news is often fraught with emotionally-charged stories and unkindness. It’s difficult to navigate but Faulkner still sees the good in America and has an easy solution for healing: love. “That’s what this is all about. It’s not complicated to want to spread what you know works. I think sometimes we forget that,” she explained. “What I want people to know is, our journey is really all about love. If I can leave people with one notion it is this…we don’t know the end of our story yet so let’s make the middle be about something that works… and love cures everything.”

Harris Faulkner has come a long way since the days of being a military kid, hungry to read the news and discuss politics with her father. Despite her success, she’s never forgotten her foundation. And for Faulkner, there’s no end in sight.