Watch: These are the best & worst things about the Naval Academy - We Are The Mighty

Watch: These are the best & worst things about the Naval Academy 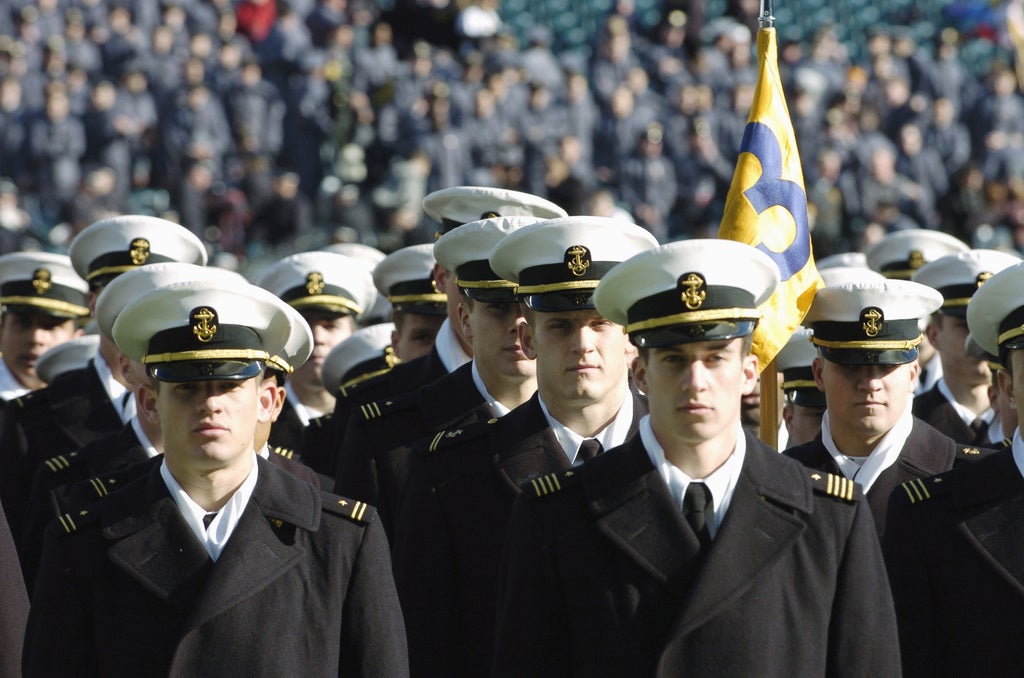 US Naval Academy (USNA) Midshipmen (MIDN) march onto the Lincoln Financial football field as part of the pre-game ceremonies starting the 105th playing of the Army vs. Navy game.

The US Naval Academy is located just outside Annapolis, Maryland. It began in 1845 and trains officers for their posts in the US Navy and US Marine Corps. Competition to get into the Academy is fierce – and it doesn’t end at Admission. Getting accepted into the Naval Academy is tough, which makes for an extra-competitive environment inside the Academy. Then, during exam time, the students turn even more competitive than usual (yes, that’s possible). Many students exhaust themselves studying so much they end up losing sleep, and it’s all because of that competitive spirit. Everyone wants to be the best.

Freshmen at the Naval Academy have it especially rough. They start in late June, but not with regular classes. Instead, it’s just 50 days of hard training. That might sound like par for the course at a Military training institution, but here’s the kicker. The freshmen’s trainers are the upperclassmen at the Academy. It’s their job to teach the newbies how to be in the Navy, and they sure do take it seriously. Picture a lot of yelling. It’s for a good cause though. Otherwise, many of those freshmen probably wouldn’t make it past the first year.

Then, when school starts in the fall, freshmen have to wake up early for 5:30 am physical training several times a week. Once again, their trainers are upperclassmen whose only goal is to whip the newcomers into shape. To make matters even worse, winters in Annapolis are cold and dark. Waking up in the dark, before the break of dawn, to work out in the cold under the command of upperclassmen can be brutal. One student recalls even having to roll in the freezing mud. Luckily, after freshman year, Naval Academy students no longer have to endure that crack-of-dawn training.

Your Grades Control Your Life

The Naval Academy also has some pretty strict rules around academic success. Any student who falls below a 2.0 GPA their first semester of the year spends the second semester on punishment. And what is the punishment? They are not allowed to go out on the weekends, which means no dates. For a person in their early 20s, that’s a miserable existence, that’s for sure.

It’s not all bad surprises at the US Naval Academy though. If you keep your grades high, you may get to travel to amazing places for free. All of it is part of education, but traveling in the Alaskan wilderness to learn wilderness training is a lot cooler than taking a field trip near home, right? Traveling to Cambodia and Vietnam to learn about military history is a lot more interesting than learning it from a book.

Preparation is the First Step to Success

The US Naval Academy is the best training you’re going to get if you want to join the Navy or Marine Corps. The rules in place are precisely what make it the best. These secrets from Naval Academy insiders might sound intimidating, but they’re not meant to scare anyone off. Instead, the idea is to prepare students for what they’re getting themselves into. Being prepared is the first step to success, after all.

Related: Here are 5 times US Navy ships returned to the fleet with severe damage.