10 things to avoid saying to veterans - We Are The Mighty

10 things to avoid saying to veterans 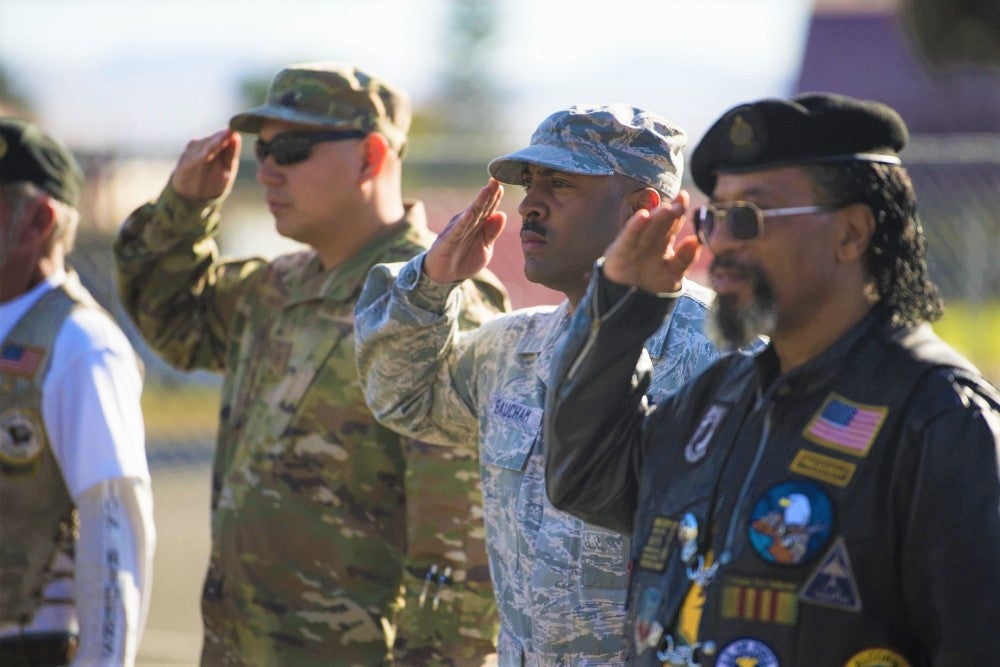 As we enter the third decade of the 21st century and America’s “forever wars” in the Middle East continue, it’s more important than ever to consider the plight of our veterans. According to the U.S. Census Bureau, there were more than 18 million veterans in the United States in 2019. In Charles W. Hoge’s 2010 handbook Once a Warrior–Always a Warrior, the MD and retired Army Colonel writes: “Warriors and their family members are often surprised at how difficult the transition period is after coming back from a combat deployment. Many expect that they’ll need just a little time for things to go back to ‘normal,’ but find that ‘normal’ is elusive and time is relative.”

With that sensitivity in mind, here are some things to avoid saying to our brothers and sisters returned from the front line. Warriors recognize that most of these awkward overtures are well-meaning, but it’s worth developing a keener sense of empathy when relating to those who have served.

1. “Is it tough being away from your friends and family?”

The answer to this question is usually contradictory. While being separated from loved ones can be challenging, warriors find new friendships and familial bonds in each other during deployments.

Projecting your own fantasy of the road not taken to a veteran only demonstrates self-centeredness, thwarting any meaningful connection.

Asking this of someone who served might force them to relive a trauma they experienced – and the guilt, shame or rage associated with it. It’s a personal question that requires a great deal of trust. While some vets may be open to sharing this sensitive info with their closest friends or family, others prefer not to discuss it at all. Leave this one up to them.

There’s an uncomfortable voyeurism to asking too many details of a veteran’s combat experience (unless that information is volunteered freely), but it’s also wrong to assume what the working environment was like for a soldier.

The U.S. Armed Forces are a humongous outfit. The Army’s 101st Airborne division alone has 18,000 soldiers. You probably don’t even remember everyone who went to your high school. Whoever said “there are no stupid questions” didn’t hear this one.

Though we shouldn’t stigmatize mental disorders, it can be tough for those with PTS to talk about their experiences. As HelpGuide explains: “Comfort for someone with PTSD comes from feeling engaged and accepted by you, not necessarily from talking.”

7. “Did you lose any friends in combat?”

Trauma doesn’t only occur in those veterans who have taken lives, but from the survivors of combat as well. We should always tread lightly over these themes in conversation with warriors.

The feelings of returning soldiers are often complicated. “Roughly two-thirds of all veterans (68%) say, in the first few years after leaving the military, they frequently felt proud of their military service.” It’s better to not risk patronizing a warrior by making broad assumptions.

9. “What do you think of the president?”

This question puts veterans in a bind. They are required to respect the office and defend the Commander in Chief, but still do possess independent political views that fall anywhere across the spectrum.

This is a condescending statement to make to anyone who has served, a sentiment expressed succinctly in a 2014 WSJ article: Treat Veterans With Respect, Not Pity.
For most of us, trying to connect with veterans comes from a good place. If you’re in doubt about what to say and what to avoid, here’s an easy rule: when in doubt, talk less and listen more. That’s the beginning of a real conversation.