This British marksman could have killed George Washington 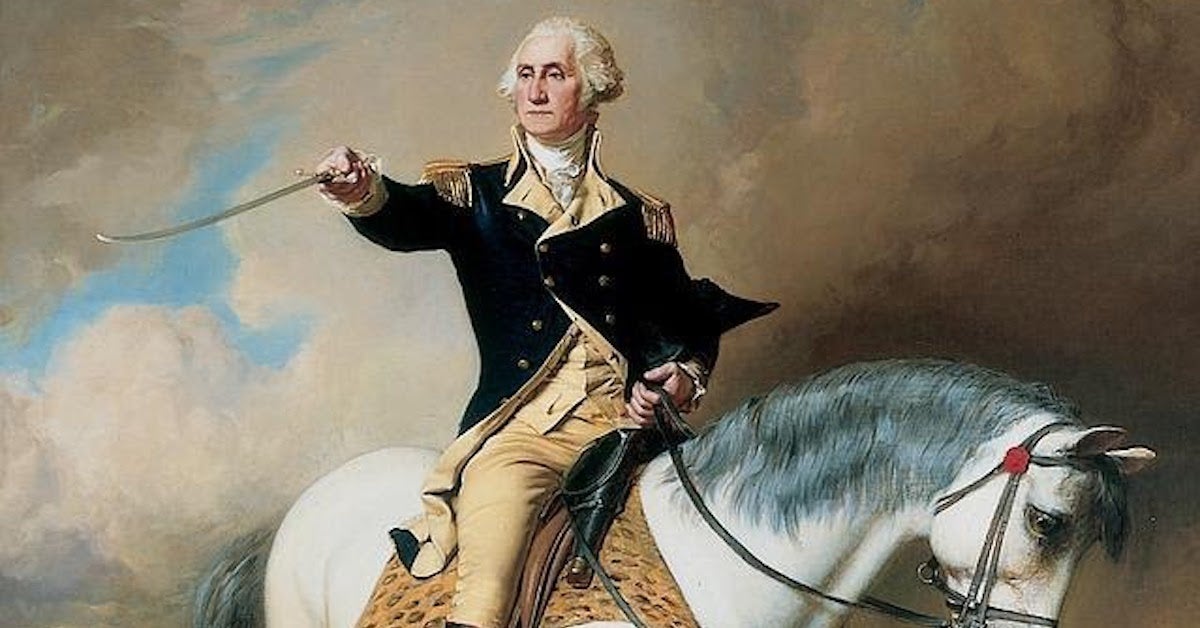 Washington Receiving a Salute on the Field of Trenton (Artist: John Faed/Public Domain).

It’s difficult to imagine how history would have been altered if George Washington had been killed during the Revolutionary War. Without the father of our country leading its fight for freedom, the war might have been lost and America might still be a British colony. In fact, this alternative history might have come true if not for the moral convictions and gentlemanly ethics of a Scottish infantry officer named Patrick Ferguson.

Ferguson was born into nobility in Aberdeenshire, Scotland, on May 25, 1744. His father was a senator at the College of Justice and his mother was the sister of Patrick Murray, 5th Lord Elibank. He began his military career early, joining the army at the age of 15. He served with the Royal Scots Greys and fought in the Seven Years’ War before he returned home due to a leg injury. In 1768, he returned to military service, purchasing command of a company in the 70th Regiment of Foot under the Colonelcy of his cousin, Alexander Johnstone. He commanded the company in the West Indies until his leg injury forced him to return home.

Ferguson arrived in Britain in 1772 and participated in light infantry training where he helped develop new tactics for the army. During this time, he also invented the Ferguson breech-loading rifle, arguably the most advanced sharpshooting rifle of its day. His sharp intellect and ingenuity caught the attention of General William Howe, Commander-in-Chief of British land forces in the colonies. Consequently, he was sent to fight in the American War of Independence.

In 1777, Ferguson arrived in the colonies and was given command of what became known as Ferguson’s Rifle Corps, a unit of 100 riflemen equipped with the new Ferguson rifle. One of their first engagements was the Battle of Brandywine in Pennsylvania on September 11.

Ferguson’s light infantry tactics emphasized small units of well-trained marksmen maneuvering around the battlefield over the doctrinal rank and file style of combat of the day. As such, Ferguson and his rifle corps moved ahead of General Howe’s army as they advanced on Philadelphia. As they maneuvered, Ferguson spotted a prominent American officer alongside another officer in Central European hussar dress; the two officers were conducting a reconnaissance mission on horseback. With their accurate sharpshooting rifles, Ferguson and his men could have easily cut the officers down in a volley of musket fire. However, the officers had their backs turned to the Brits. As a man of honor, Ferguson decided not to fire on the officers who were unaware of his presence.

Later in the battle, Ferguson was shot through his right elbow and taken to a field hospital. There, a surgeon told Ferguson that some American soldiers who were treated there earlier said that General Washington had been in that area earlier in the day. Ferguson wrote in his journal that, even if the officer had been Washington, he did not regret his decision.

Although the identity of the American officer remains uncertain, the man in hussar dress was almost certainly Count Casimir Pulaski, one of the Founding Fathers of U.S. Cavalry (along with Michael Kovats de Fabriczy). During the battle, Pulaski conducted reconnaissance missions and even scouted a retreat route for Washington after his army was defeated. If the American officer was indeed Washington, and if Ferguson had decided to take the shot, September 11, 1777, might have been a turning point in American history.

Ferguson took a year long hiatus from military service to recover from his wound and returned to battle in 1778. He continued to fight in the American War of Independence until his death during the Battle of King’s Mountain, on the border of North and South Carolina, on October 7, 1780. During the battle, Ferguson was shot from his horse. His foot was caught in the stirrup and he was dragged to the American side where he was approached for his surrender. In response, and as a final act of defiance, he drew a pistol and shot one of the Americans. The Patriots responded by shooting him eight times, stripping his body of clothing, and urinating on him before he was buried in an oxhide near the site of his fall.

While Ferguson’s actions at the Battle of King’s Mountain were less than gentlemanly, his determination to go down fighting embodies the warrior spirit. This is juxtaposed by his moral conviction to hold his fire at the Battle of Brandywine. Whether or not the American officer there was General Washington, Ferguson’s legacy will forever be marked by the shot he didn’t take.