This awesome ‘trench broom’ terrified Germans in both World Wars 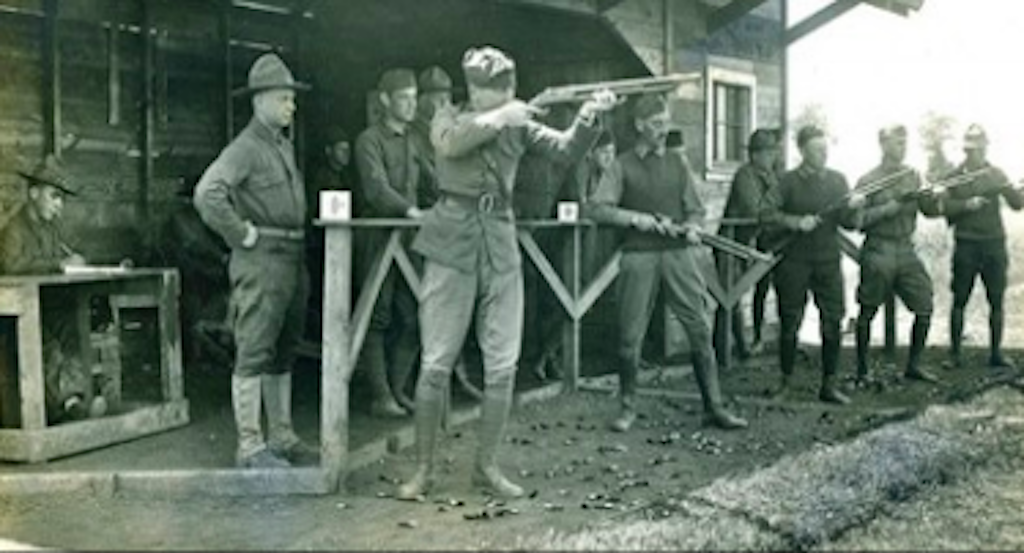 A single weapon used predominantly in World War I and with a limited deployment in World War II was so effective and so terrifying that Germany lodged a diplomatic protest against its use by American forces. It wasn’t the flamethrower or the machine gun. It was shotguns, especially the Winchester Models 1897 and 1912.

The two shotguns were first entered into combat after America realized how brutal trench warfare really was. The soldiers and Marines serving on the Western Front needed a way to clear attackers from the American trenches as well as to quickly clear defenders from enemy trenches during assaults.

The spread of a shotgun was perfect for this mission, but the Americans didn’t stop at just buying off-the-shelf weapons. The War Department contracted for standard, trench, and riot versions of most shotguns.

Standard shotguns were civilian versions of the weapon, often with a sling added for easy carrying. Riot guns were similar but with shorter barrels. The most heavily modified versions were the trench guns which featured shorter barrels — usually 20 inches or shorter, heat shields, and bayonet lugs.

The Model 97 quickly became one of the most popular shotguns issued, partially because of how well it stood up to the rigorous conditions on the Western Front. Operators could quickly clean mud and water from the weapons and get them ready to fire after a mishap, and the weapon continued to function even if it was dropped or slammed against trenchworks.

But the big reason that the Model 97 became so popular was that it could be “slamfired.” Typically, an operator readies a pump-action shotgun by pumping it to feed a round into the chamber and eject any empty casing currently in it. Then, they pull the trigger while aimed at their target to fire. Repeat.

But when slamfiring, they keep the trigger held back while pumping the weapon. When the new round feeds into the chamber, it will automatically fire. This meant the weapon could be fired as quickly as the operator could pump the handle.

The Model 97 held six rounds of 00 buckshot, each shell of which held nine pellets. A trained soldier slamfiring could fire all six rounds, 54 total lead pellets, in approximately two seconds. At the close ranges in many World War I trenches, the effect was devastating.

Shotgunners would rapidly clear German trenches, cutting away the defenders. The tactic was so effective that Model 97s picked up the nicknames “trench brooms” and “trench sweepers.”

The German government lobbed an official protest against the weapon, saying that the weapon inflicted unnecessary cruelty. America responded that the claim was hollow coming from the nation that introduced chemical weapons and flamethrowers into warfare.

There are even reports that American soldiers skilled in skeet shooting were placed along the front trenches to shoot enemy hand grenades from the air, deflecting or destroying the devices before they could hurt American troops.

The Winchester Model 97 and Model 1912 would go on to serve similar functions in World War II, again clearing German defenders from trenches and bunkers as well as operating in the Pacific. The two Winchester shotguns were deployed to Korea and Vietnam, though the U.S. was slowly transitioning to newer shotguns by that point.