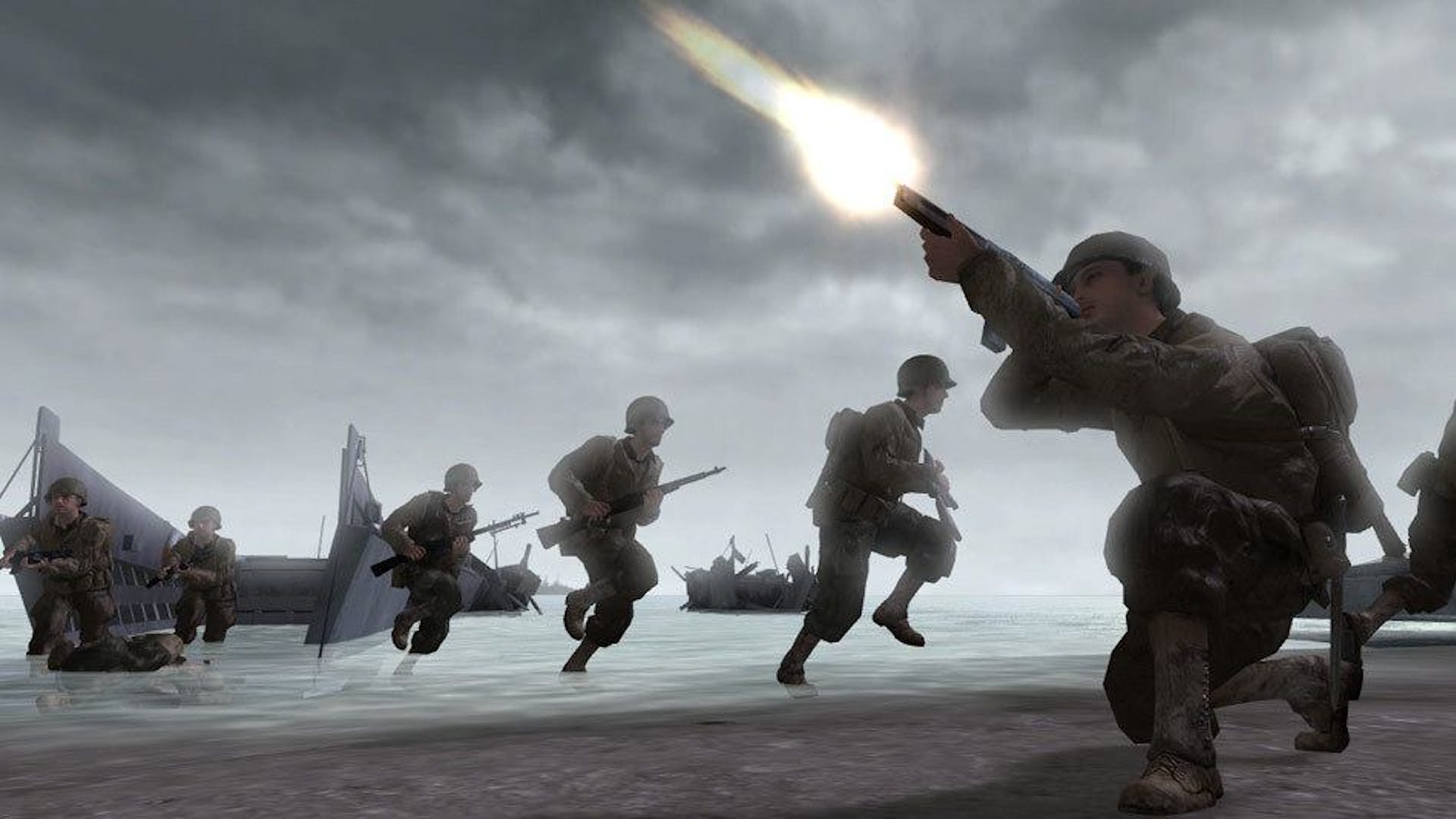 Call of Duty and other first-person shooters like it have dominated the video game market for the better part of the 21st century. Despite common critiques of recycled gameplay, mindless action and 2-dimensional storytelling, Call of Duty remains one of the most popular video game franchises in the world. However, it can trace its roots back to more humble and well-meaning intentions. In fact, Call of Duty can be traced back to the modern cinematic classic Saving Private Ryan.

In 1998, Saving Private Ryan was released in theaters and set a new standard for the portrayal of war on the silver screen. Director Steven Spielberg, along with technical advisor and Marine veteran Dale Dye, applied great attention to detail in making the WWII film and it shows. Decades after its release, Saving Private Ryan and its iconic scenes continue to influence other media. Costumes and props from film were later reused when Spielberg and Tom Hanks made the HBO miniseries Band of Brothers. Spielberg also used his experience making Saving Private Ryan to create another type of media: a video game.

Using the video developer that he helped establish, DreamWorks Interactive, Spielberg sought to create a WWII video game that was both entertaining and educational. After filming wrapped on Saving Private Ryan in 1997, Spielberg dove head first into his new passion project. Dye was brought back in to consult on the video game and an emphasis was placed on realism and authenticity, as opposed to over-the-top and fantastic action that other shooter games featured. Still, the game reflected Saving Private Ryan‘s cinematic style with historical set pieces and an orchestral score by composer Michael Giacchino.

In 1999, the Columbine school shooting brought increased scrutiny on violent video games and the Congressional Medal of Honor Society pushed back against the game’s name, Medal of Honor. Although he considered pulling the plug on the project, Spielberg pushed on and the game was released on October 31, 1999.

Despite doubts from critics, Medal of Honor was a success, receiving praise from reviewers and gamers alike. Spielberg went on to create the stories for the next two games in the franchise and Medal of Honor quickly established itself as the dominant WWII-themed video game. The franchise expanded and the 2002 game, Medal of Honor: Allied Assault, was developed by the company 2015, Inc. Dissatisfied with the contract they had with Electronic Arts, the publisher of the Medal of Honor games, 22 developers who worked on Allied Assault left 2015 to form a new development company called Infinity Ward in 2002.

In 2003, Activision published Infinity Ward’s first game, Call of Duty. Like Medal of Honor, the new game franchise put gamers in the boots of a soldier during WWII, and was met with critical acclaim. The sequel, Call of Duty 2, was released in 2005 and established the franchise as a serious competitor to the stagnating Medal of Honor series. In 2007, Call of Duty broke the mold with a game set in the 21st century, Call of Duty 4: Modern Warfare. This gave rise to a slew of other first-person shooters set in a modern time that absolutely saturated the market in the late 2000s and early 2010s. Even Medal of Honor followed suit with a 2010 reboot of the franchise titled Medal of Honor, which was set during the Global War on Terror.

To date, Call of Duty has sold hundreds of millions of copies worldwide and has become synonymous with the first-person shooter genre. While the Medal of Honor franchise continues to produce games, the series struggles to compete with the behemoth that is Call of Duty.