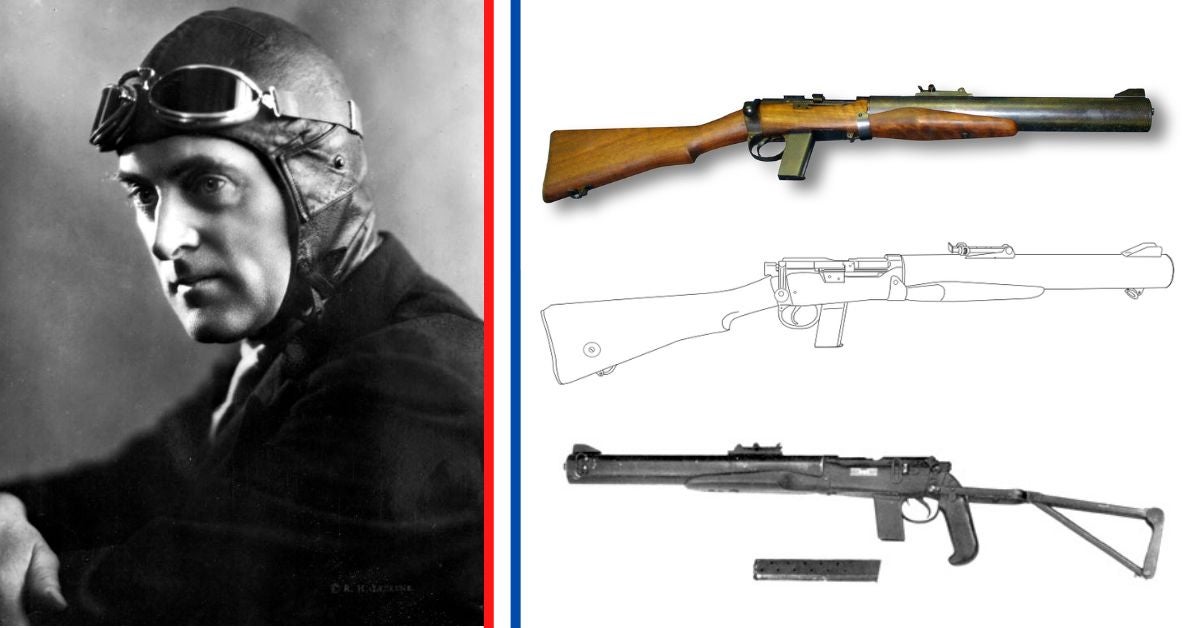 In 1943, at the height of World War II in Europe and beyond, two men met at a building overlooking the River Thames in the Westminster area of London. One of the men was Air Ministry engineer William Godfray de Lisle and the other was an officer of the British Combined Operations Department, Maj. Sir Malcolm Campbell. Campbell’s office oversaw raids on German positions throughout the European theater. De Lisle was there to show the officer a new weapon he’d designed. It was a .22-caliber rifle designed with an internal suppressor, supposedly one of the quietest weapons ever made. The men decided the best way to test its volume would be to fire it over the heads of the Londoners below and into the river.

No one heard a single shot. Campbell ordered De Lisle to create a 9-millimeter version, and later a .45-caliber version of the same weapon. The .45 would be just as quiet and even produced no visible muzzle flash. At 50 yards, no one would hear the weapon’s discharge. It seemed to be the perfect clandestine weapon.

Its firing test revealed a decibel range that topped out at 85.5, the same volume of a truck passing by. Without any kind of suppression, a normal handgun will create upwards of 168 decibels. Most suppressed firearms will only be slightly lower, between 117 and 140 decibels, which is the same volume as many firecrackers. Not exactly the level of noise a secret operation might prefer. The bolt action of the De Lisle weapons was actually louder than the shot it fired.

The newer weapons created by De Lisle were a kind of Frankenstein weapon. It was a shortened Thompson submachine gun body and ported it from the front of the chamber to the bore. It slowed the bullet down, but it was still lethal – all without too much noise or muzzle flash. It used a Lee-Enfield bolt, a modified M1911 magazine to feed round, and was accurate at 50 feet.

From there, De Lisle produced versions of his weapon that included carbines for British commandos, along with rifles with folding stocks for airborne use. They were handmade by De Lisle, by the automobile factory Ford Dagenham, and by the Sterling Armaments Company. Less than 200 were made, but those that used the weapons in combat found them extremely useful.

Campbell used the weapon in the Combined Operations “Red Indian Raids.” that’s what the Germans called their quick cross-channel attacks. Field trials during the war reported its efficient use, and at least two high-ranking German officers were killed by the Special Operations Executive using the De Lisle Rifle. It could even fire more than 5,000 rounds with being disassembled for cleaning.

All told, the effort produced an efficient killing machine, and quite possibly the world’s quietest firearm, which it still might be today.

New variants of the weapon never made it to the field during World War II, because the war ended before they could be introduced or mass produced. Still, British Intelligence, commandos and special operators had a new, silent weapon, one that would soon be used all over the world to clandestinely devastating effect.

The British Special Air Service would use the weapons in the Korean War, the Malayan emergency, and the Troubles in Northern Ireland. It was also probably used by MI-6 operations during the Cold War and there are even photos of Americans using the weapon in Vietnam.