The 5 most demoralizing tactics used in recent military history 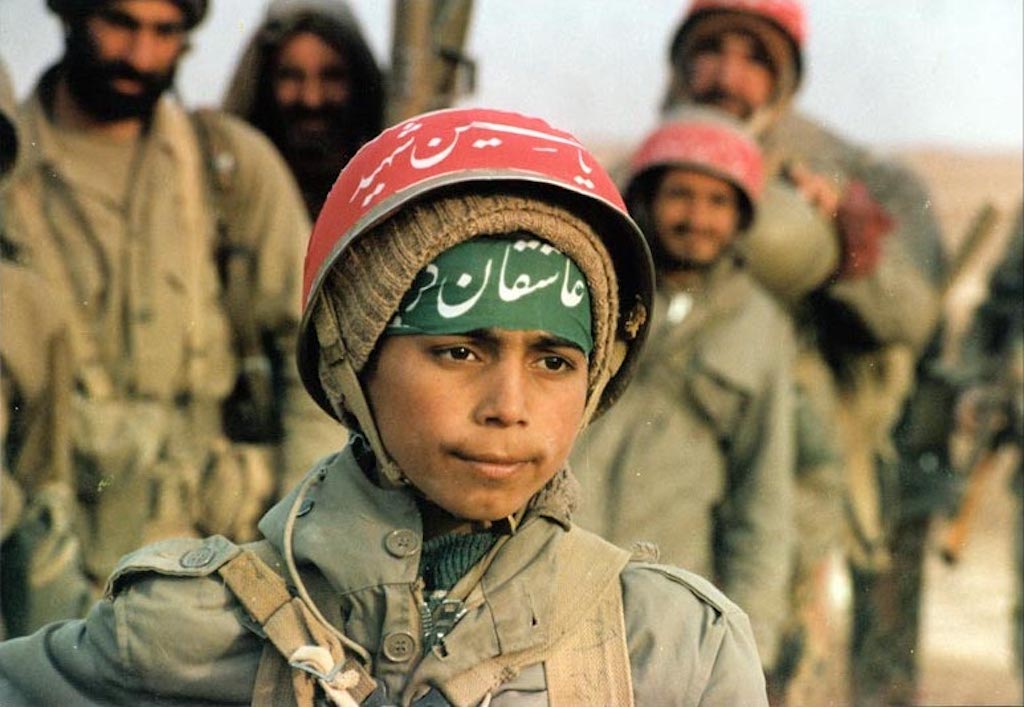 95,000 Iranian child soldiers were made casualties during the Iran–Iraq War, mostly between the ages of 16 and 17, with a few younger.

There are a lot of superstitions among fighting men in the fields, but no matter how big or powerful an army is on paper, it has to believe it’s that big and powerful. If a fighting force suddenly stops believing it can win, it can be defeated by much smaller forces with high morale.

Examples of this phenomenon dot historical records. In some cases, a numerically and/or technologically superior force has capitulated to an oncoming foe before the battle even started. The Huns and the Mongols were prime examples. They were able to demoralize their enemies to the point where the defenders were almost unable to function.

Memories of past losses and the thought of facing vicious tactics used in other battles can rattle an enemy’s mind and destroy their ability to fight. Here are the 5 most egregious examples from modern times.

Human wave attacks, no matter who is in the human wave, can have a devastating effect on men in defensive positions. While it might not be rare for a soldier to see the face of an enemy they were forced to kill in combat, it’s rare to see hundreds of them killed in a short amount of time. Human waves aren’t very effective, but it forces an enemy to use massive resources to kill hundreds of attackers.

During the Iran-Iraq War, Iran used children in its human wave attacks on Iraqi positions. Hundreds of children were forced to cross battlefields, often littered with anti-personnel mines, at running speed to attack entrenched Iraqi positions. The Iraqis watched as parts of children tore through the air, as they gunned down young Iranians who believed they would go to heaven. It left the Iraqi troops shaken and sobbing.

Gurkhas are elite Nepalese soldiers who were employed by the British Empire for decades before World War II. When the war broke out, the British immediately employed their soldiering skills to deadly effect, both in and outside of combat operations.

In the North African theater, the British 60th Infantry had a reconnaissance team made up of Gurkhas. At night, the Gurkhas infiltrated the German lines in the dark, found two-man defensive positions manned by sleeping troops, and cut the throat of only one of the men. Upon waking, the other would find his compatriot horribly murdered. The only way anyone ever knew the Gurkhas had been there was by finding a corpse in the morning light.

The Burma Theater of World War II is an often-overlooked area of the war, but some of the most brutal fighting happened there. For the Allies, it was unlike any other theater of war, with dense jungles filled with unknown animals and potential traps. To make matters worse, the early days of the war were not good for the Allies.

Japanese troops would try to deny Allied soldiers sleep in the night by taunting them in English, shouting at them from the darkness to tell the British and other soldiers they would die in the morning. If a British troop shouted back, the Japanese used the sound to pinpoint their position and kill them in the darkness.

As the United States moved West, it pushed Native American tribes onto reservations or killed its people outright. Many tribes acquiesced to the United States eventually, but there were some that would prefer to die fighting. The Apache and Comanche tribes were two examples of longtime holdouts.

To harass and demoralize the American troops, either in a fort or campsite, the Apaches and Comanches would capture a soldier, then wait for night to fall. As the U.S. troops camped for the night, the natives would torture the prisoner within earshot of the American camp. The screams and cries of the man would keep the Americans awake all night.

World War I was the first time industrialization met modern combat and the effects of this can be seen not only in the massive casualty numbers, but also the faces and psyche of the men who fought the wars, whether they survived or not. Poison gas and flamethrowers killed many and left many more disfigured, but they paled in comparison to the introduction of the shotgun to the trenches.

American troops in the war carried the Winchester M1898 pump shotgun. It could fire off as many rounds as the user could pump into it, and do it just as fast, a technique known as “slamfiring.” It was a very effective weapon at close range (such as a trench) and quickly became known as the Trench Broom. It was so devastating, the German government complained that its use constituted a war crime.