Why some World War II soldiers wore ropes around their torsos

Why some World War II soldiers wore ropes around their torsos 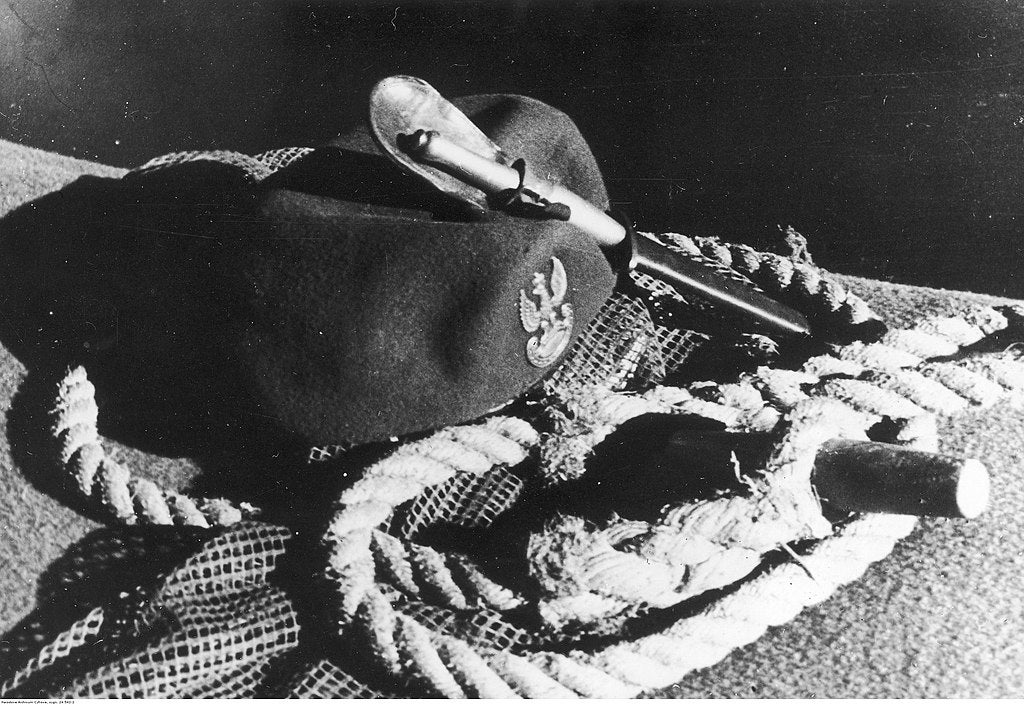 Polish Commando equipment, 1945, including a toggle rope and a Fairbairn–Sykes fighting knife.

A lot was asked of British soldiers during World War II, and they would happily oblige if they were given the right tools for the job – and sometimes they would still oblige even if they weren’t. But having so much to do on long missions away from supply centers meant that those tools had to be lightweight, portable, and hopefully, have many uses.

One of the tools that meet all those criteria are toggle ropes, a relatively short length of rope, around six feet long, with a toggle at one end and an eyelet on the other. This meant they could be easily joined together to create a longer rope that had many uses for the unit. When every man carried one around their torso, that meant the rope could be longer or be made into other things for more uses.

Commando units were exposed to a variety of climates and terrains, all of which they would have to move through during the course of any mission they undertook. This meant that they would need special gear to move through mountains, cliffs, ravines, and even man made walls. It didn’t matter how big, tall, or wide the obstacle, it had to be overcome.

Toggle ropes could be joined together to form one long rope, rope ladders, or combined with other, longer ropes to create stable rope bridges, handy if you need to cross a deep valley or ravine. As a single user, it could be used to suspend one’s pack above ground at camp, keeping it away from animals or moisture.

These handy pieces of gear weren’t just used by commandos, however. Along with entrenching tools, bayonets and other web gear, toggle ropes were also used extensively by British paratroopers throughout the war. They too would be exposed to a variety of different terrain in an effort to move on their objectives, often behind enemy lines – or while they were creating the front lines.

With 60 or so men in a troop, the toggle rope lines could be long enough to ensure an entire unit can cross even insurmountable natural obstacles like rivers. A good swimmer would take one end of the completed toggle rope bridge and fasten it to a firm base, like a tree, on the other side. Even if it wasn’t a complete bridge, the rest of the unit would be able to cross hand over hand along a single toggle rope line.

Commandos and paratroopers were forced to scale alpine mountains in Italy, scenery which some commandos called “pretty grim” in classic British fashion. They would even have to assault villages atop hills leading to the mountains. It even saw extensive use in the American Pacific Northwest among rangers, who attached grappling hooks to their toggle ropes.

The toggle rope could even be used as a weapon, if handled correctly. Holding the rope just a short distance from the toggle, commandos and paratroopers could wield the rope as a kind of bludgeoning blackjack weapon.

There are few rules to effectively using toggle rope. The first is that you need to know how to splice a rope to make the most use of the equipment. Instructions on how to splice rope are available in most field manuals. The rope cannot be more than twice the height of the man carrying it, it must also support the weight of the carrier. Finally, and probably the most important piece, is that the eyelet and the toggle must not be able to slip off without human manipulation.

Like many units, the toggle rope bridges and structures will fall apart unless each does his part to support the unit as a whole. If even one toggle rope gives way, the entire unit will fall. This not only makes toggle ropes a good piece of gear, especially for World War II, but also a very apt metaphor for military service.